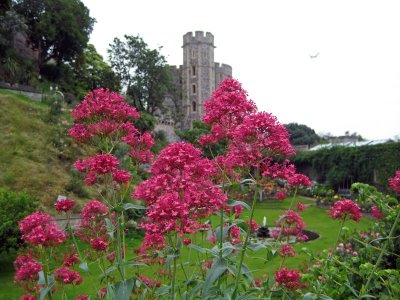 We began our first full day with a full schedule. After a quick breakfast in the room at the hotel (muesli with skim milk and a strawberry yogurt – my husband also dug into the OJ, cheese and bread selection) we walked to the Tube and took the train to Windsor to see the Windsor Castle. We heard it had rained for days before we got there, but we were treated to unseasonably warm and dry weather all during our stay in London.

Although I’ve been to Windsor Castle before, I enjoyed seeing the battle armor for King Henry the VIII – you can tell he enjoyed eating! – and the remains of both Henry and Jane Seymour in St. George’s Chapel, having become fascinated by his extravagances and wives. 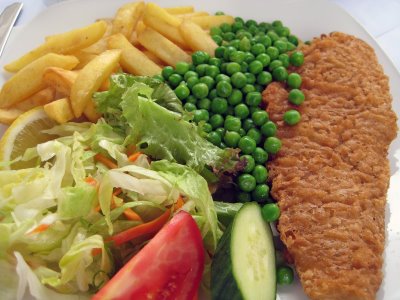 We had lunch in town and I opted for the traditional fish and chips, and although it was quite tasty, I couldn’t finish such a heavy meal for lunch. Our group got a giggle from the Brown Sauce they serve with it – tastes just like A1, but I guess they didn’t feel compelled to give it a name! 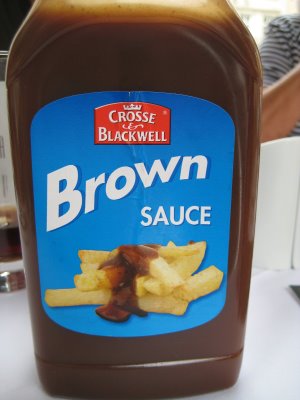 We took the train back to London, then made a mad dash for the Tower of London before it closed for a tour led by one of the Beefeaters. They are hilarious, and after reading all of the Phillipa Gregory books about King Henry the VIII and his famous and infamous wives, his little tidbits of information were even more fascinating. 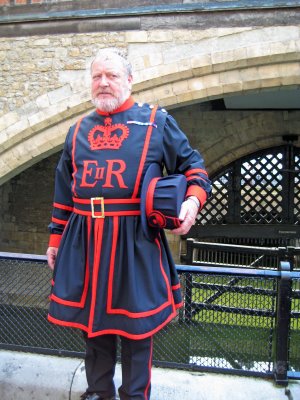 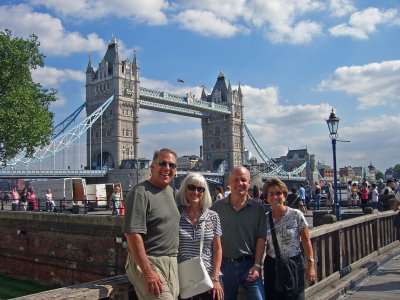 After a full day of sightseeing (and the obligatory group photo in front of the Tower Bridge), we found Marylebone High St. mobbed with young Londoners having a cocktail and enjoying the incredibly nice weather. We grabbed a table at Ping Pong, enjoyed some champagne and a snack of spicy pork and spicy chicken pot stickers before heading home to clean up for dinner.

Only a block from the hotel on Marylebone High St. is a fabulous Italian restaurant called Getti – Il Piacere di Mangiare, and we settled in for a great meal. I enjoyed a braesaola and arugula salad followed by sea bass on paper thin crispy potato slices served with oven roasted tomatoes.