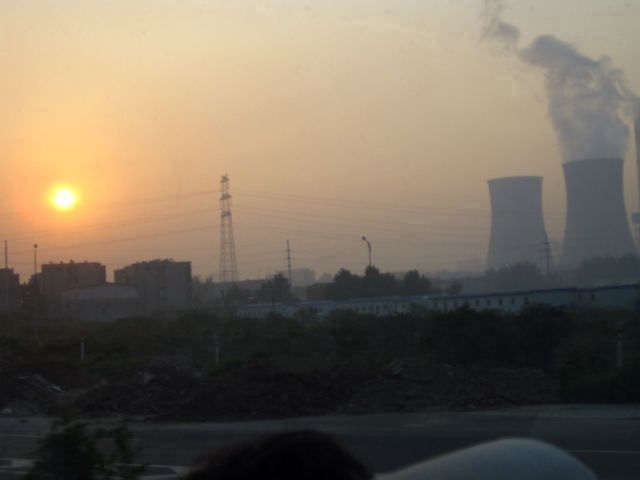 You have no idea how happy I was to find that our guide was right – thanks to really great pillows and utter exhaustion, I slept really well and got up with little trouble to board the 7am bus to visit the emperor’s tombs that hold terracotta warriors. We pulled out on the highway to witness the sunrise through the thick polluted sky near yet another power plant. 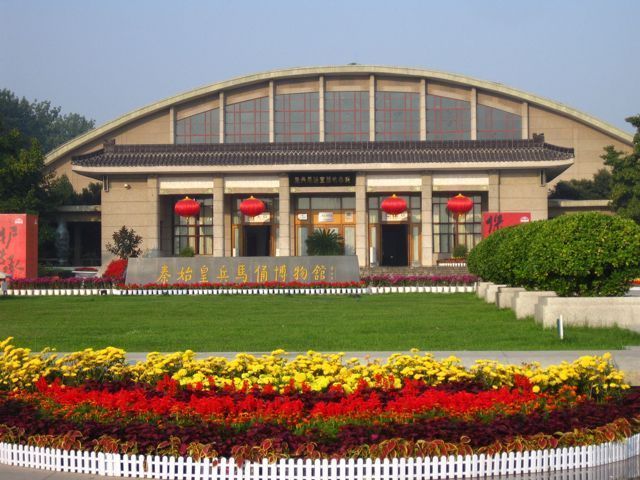 Our guide’s mission was to get us there first so we could be the first ones in the pit which would allow us to see and photograph everything with other crowds. Mission accomplished! 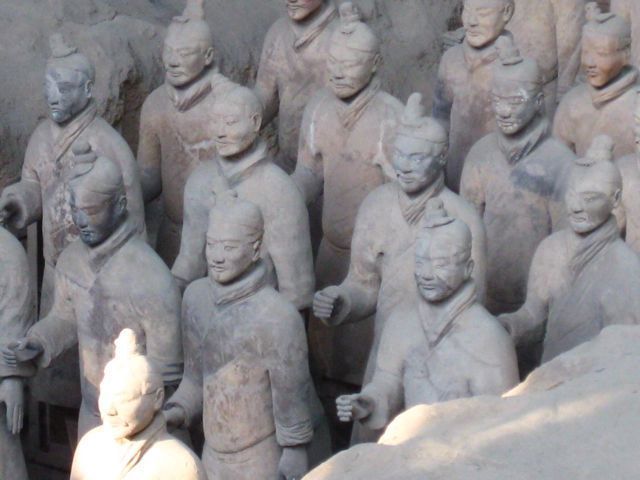 The burial area of the emperor Qin covers 52 square meters and includes 600 satellite tombs to protect him. Construction began on it when he was only 13 and lasted nearly 40 years, actually being finished 2 years after his death at 50. 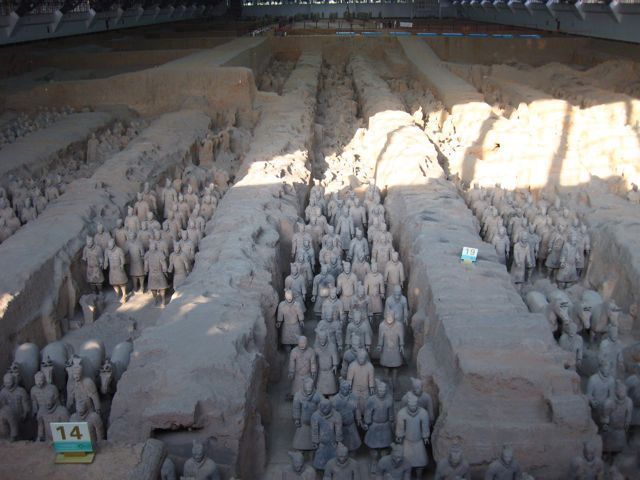 In 1974 a farmer named Yang discovered the tombs when digging a well, and today this is considered the 8th wonder of the world and the most import an archeological discovery of the 20th century. 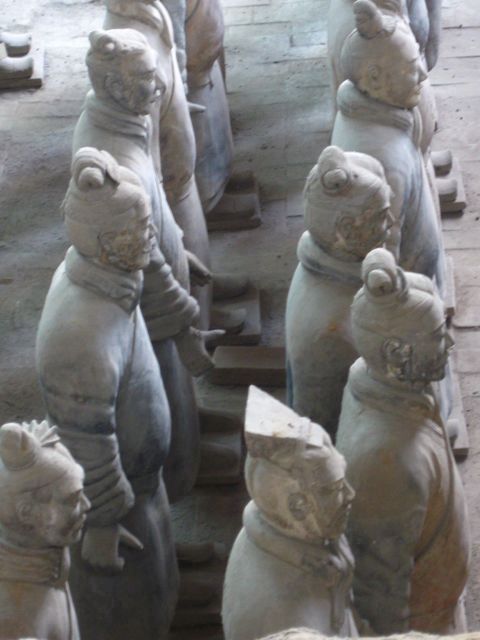 The tallest of the warriors stands as tall as Michael Jordan, while they average 1.8 meters. They were built large like this to offer better protection to the emperor, and they are arranged in battle formation, facing east because that’s where the enemy came from. 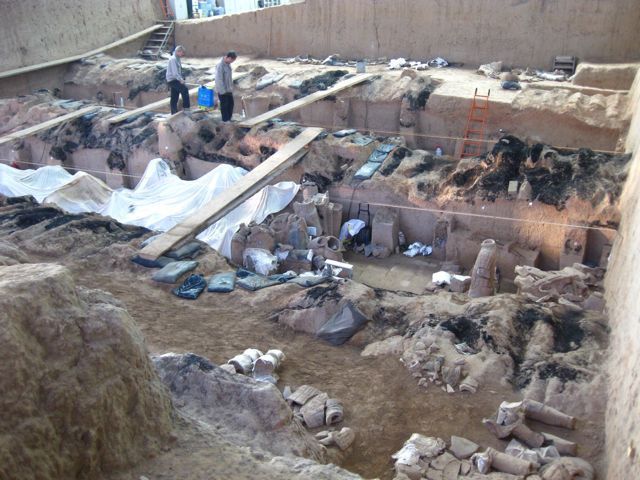 There are believed to be about 7000 warriors in these fields, 2200 years old. Although they were brightly painted when they were buried, they instantly oxidized upon unearthing them, so today just resemble the dirt. 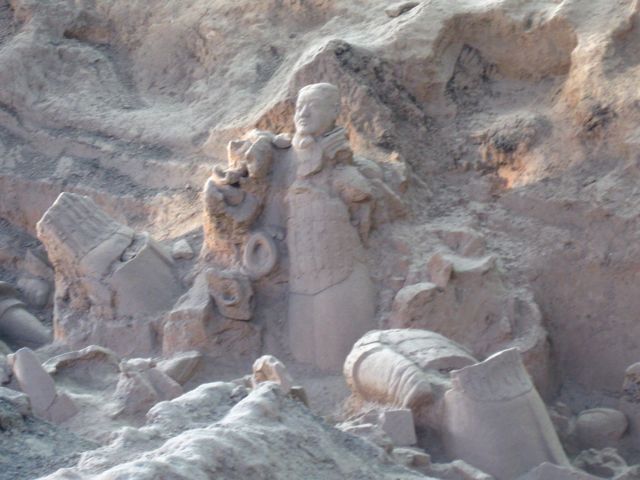 Perhaps most astounding is the belief that about 720,000 people helped build these warriors, all of them executed when they finished so they couldn’t divulge any secrets about the tomb. 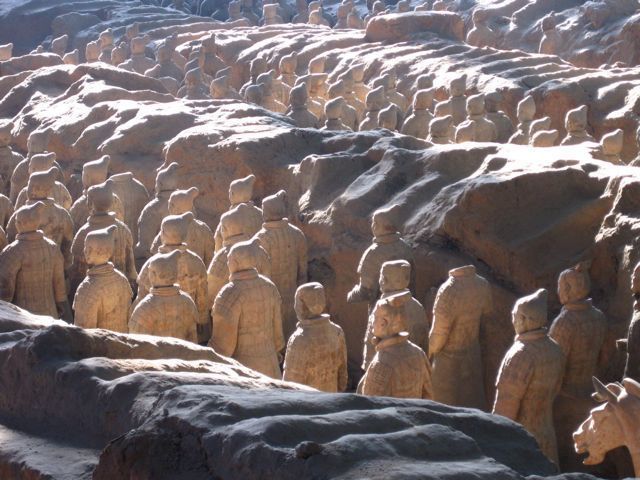 Although we were only here for an hour or so, it’s one of those take your breath away sights (or hold your breath as our Chinese guide said), and we were really glad it was on the itinerary. 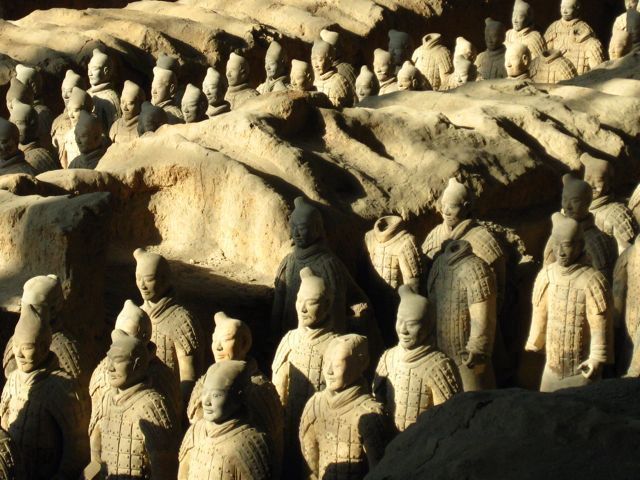 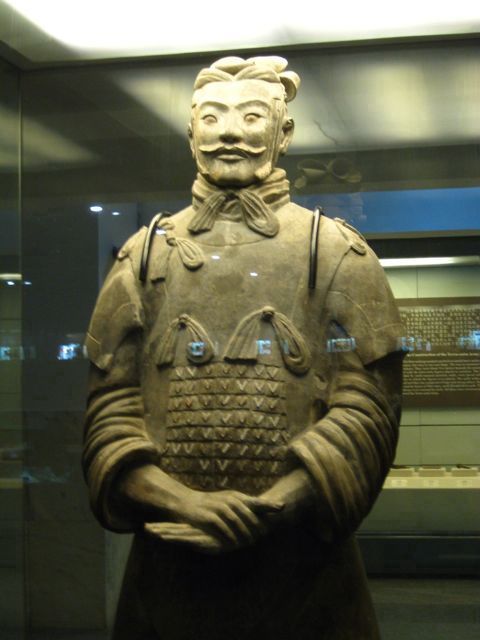 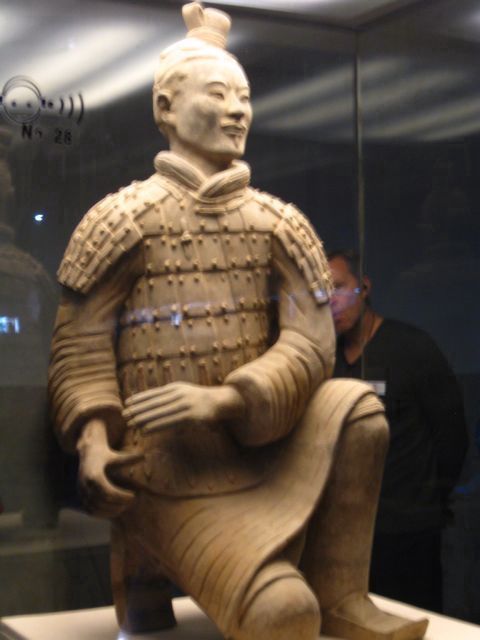 After the warriors we set off for the airport to fly to Chongqing to board the boat, passing by farmers stripping and drying corn all along the side of the road (which flew by too fast to photograph). Xian is kind of depressing, but you need to come here to see the warriors and we wouldn’t have missed it.