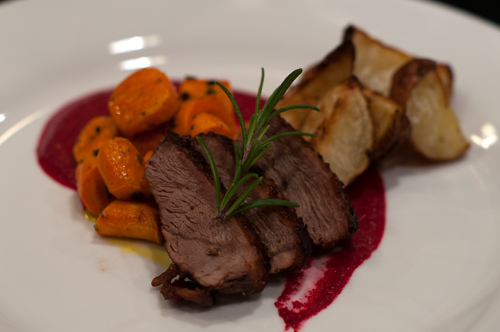 This is what happens when you have a daughter in culinary school: if you mention you have a duck, she secures a quart of duck fat from her chef to confit your duck legs and makes you sliced crispy seared duck breasts for dinner served over a really delicious beet sauce with oven roasted potatoes and pan sauteed carrots. Then the dish goes through a plating ritual, photographs, and you sit down to eat. Am I lucky or what?! 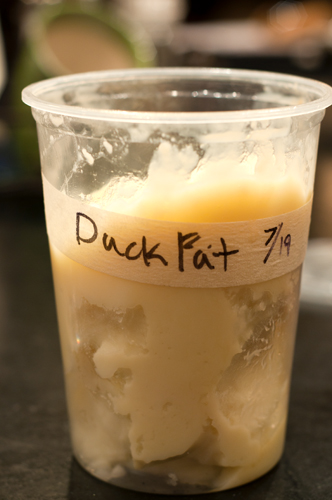 Duck fat in this volume is hard to come by, and it’s expensive to purchase, although you can online. So if you know anyone in the culinary world who offers you some, by all means take them up on it. You’ll need a fair amount to properly confit the legs and thighs as technically the meat should be fully submerged in the fat to cook it. 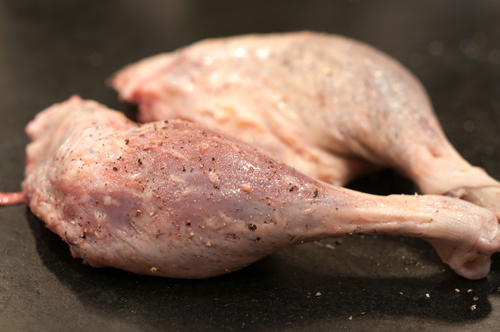 My duck legs were a bit small because they come from a free range heritage breed bird from Eastern Plains, and I wish I had actually put all 4 legs from my two birds in together to cook. 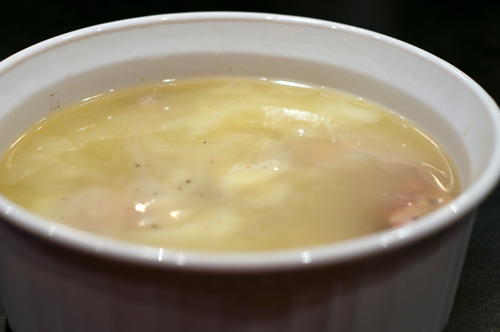 Simply submerge the meat in that glorious duck fat and let it cook slowly in the oven at a low temperature, about 250 degrees, for several hours. If you cook it too high, the duck will cook too fast and actually be too crispy instead of just fork tender. 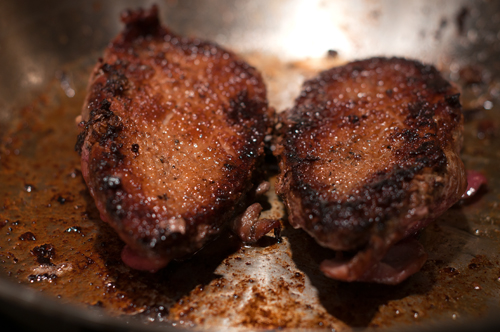 While our legs were cooking, Jenny seared the breasts off in a skillet. You want to do this slowly, skin side down (after scoring the skin so they don’t curl up), over medium to low heat until most of the fat has been rendered out of the breast (save that, strain it, and add it to your duck fat reserves!). You only turn the breasts over at the very end to quickly cook the other side slightly. If you put the whole skillet in the oven after you’ve turned them, watch them as they cook very quickly and will go from a nice medium rare to medium well done in just a few minutes (like ours did). I was lounging on the couch while my daughter made the beet sauce, but it was killer good with the duck, so as soon as I can wrangle that out of her I promise to share. Like I said, how lucky am I?