When life gives you… 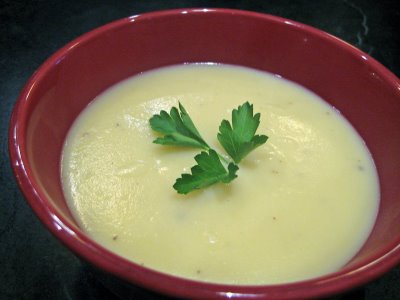 You know the saying: when life gives you lemons, make lemonade. In my case, my CSA farm has been giving me so many leeks and potatoes from the winter storage share that I was forced to do something quickly before I had to guiltily throw away pounds of rotting potatoes. I settled on Leek and Potato Soup because it’s kind of a blank canvas a bit like a baked potato – you make the base soup and then you can add whatever seasonings and additions you’d like later. I’m thinking crispy pancetta bits, some sour cream, shredded sharp cheddar cheese, chives, or any number of other toppings you would normally put on a baked potato. 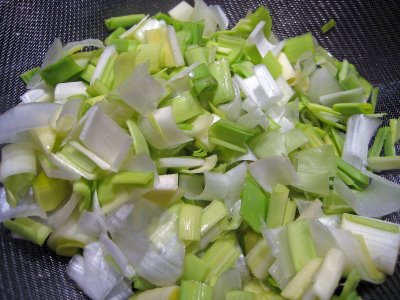 I started by slicing and cleaning the leeks. 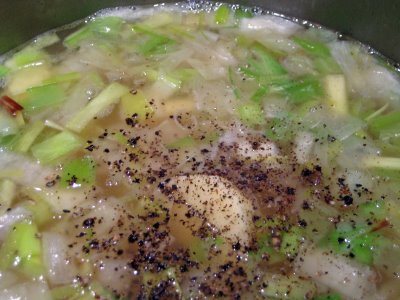 I took out a large soup pot and sauteed the leeks until they were tender, added a whole mess of cubed, peeled potatoes, covered everything with chicken stock, and added a good amount of salt and freshly cracked black pepper. 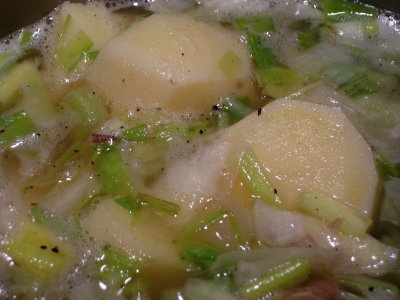 I let the whole thing simmer until the potatoes were tender… 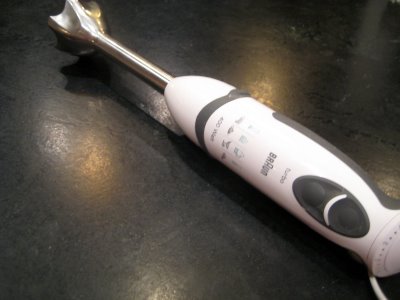 …then got out my favorite power tool in the kitchen, my trusty stick blender, and pureed the whole pot of soup right in the pot. I’m embarrassed to admit I ate two whole bowls of this soup the night I made it, and it’s making me hungry now so I think I’ll go heat up a bowl with some chives and sour cream added. Now that’s yummy!