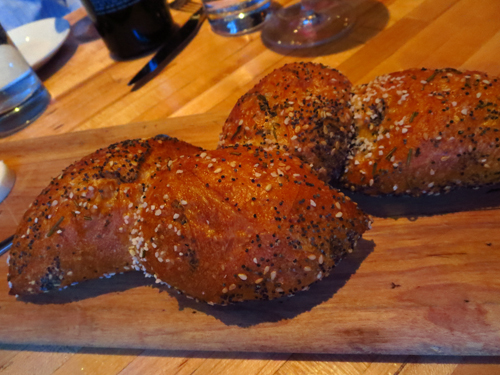 Seeded bread with house made butter
When I decided to aggressively pursue dining out at places in Denver I’d been missing, it never dawned on me that many would be only open for dinner. I had originally planned to put out a general call for lunch and see whoever wanted to join. But alas, making a reservation for dinner with my husband and some dear old friends was equally fun. 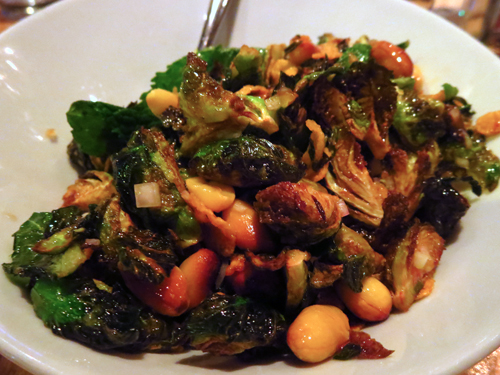 Brussels sprouts with Thai vinaigrette and peanuts
When we arrived my friend remarked that it was a small menu, which it kind of is – that is until you start looking a little more closely. 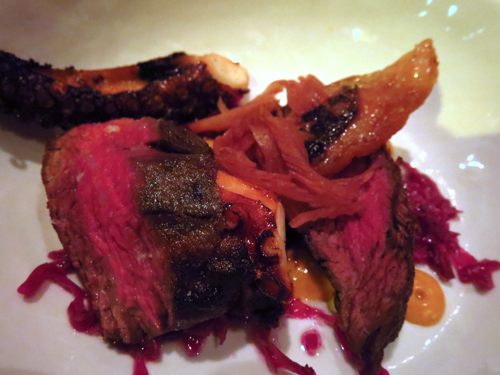 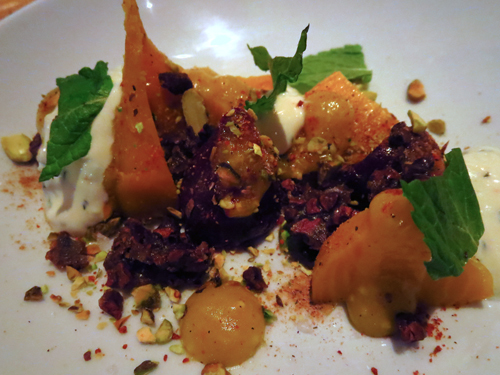 Beet salad with honey yogurt and pistachios
The salad section includes an escarole salad as well as the beets above, but also the interesting addition of bagna cauda and brussels sprouts (that we shared as an appetizer). 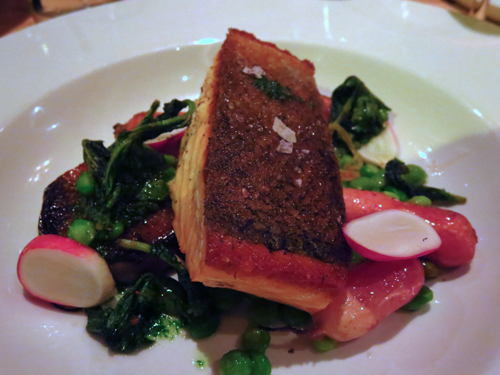 Salmon with radishes, fresh chickpea, shoyu, and slleppo radish tops
And then there are the entrees. A quick glance tells you you have the option of quail, beef, salmon, lamb, bang! bang!, spaghetti or pork. 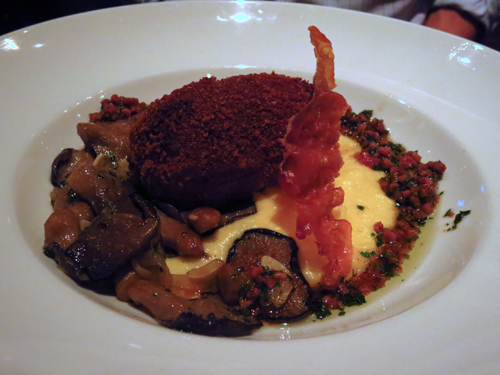 Quail cordon bleu with fontina grits, mushroom, and country ham
But you need to read further to see that the salmon includes a most interesting base of radishes. Or that the quail is deboned and prepared cordon bleu style and served over fontina grits. 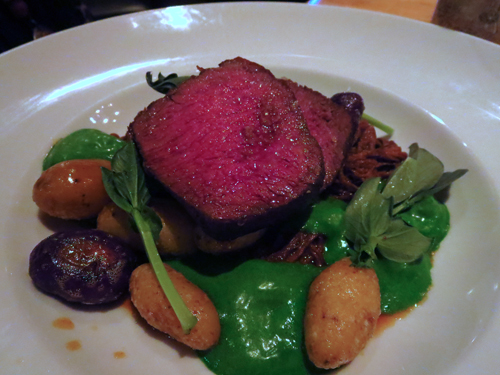 Beef duo of ribeye and brisket with marble potatoes and creamed spinach
The beef is never just beef – in this case it’s prepared two ways, and served on creamy spinach puree. 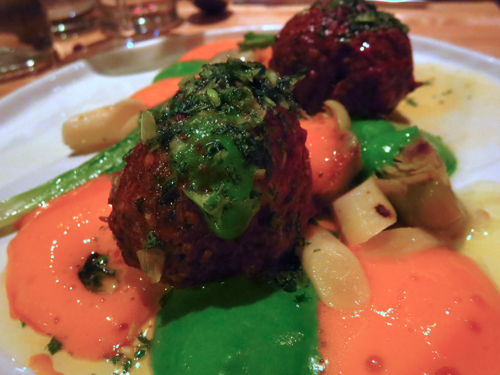 Pork meatballs with artichoke, salsify, oyster, green garlic, lettuces, and carrot bubbles
And wow – those meatballs. Such tender morsels of pork, and who would have thought that foam of carrots would go so well with them. 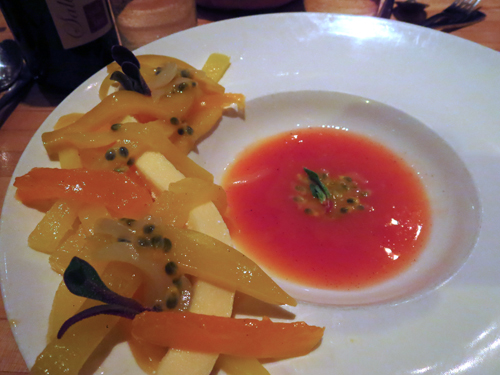 Pineapple, mango, passionfruit and marshmallow
By the time dessert arrived – one to share – we could barely nibble on it. The Squeaky Bean gets lots of accolades for one very good reason: they serve incredibly tasty and innovative food. And did I mention they have Salice Salentino wine on the menu? One of my favorite reds from my food & wine trips to Puglia. I’m heading there next month and still have a couple of slots if you think you’d like to come along!