Cochinita Pibil (or my version of it) in the Instant Pot 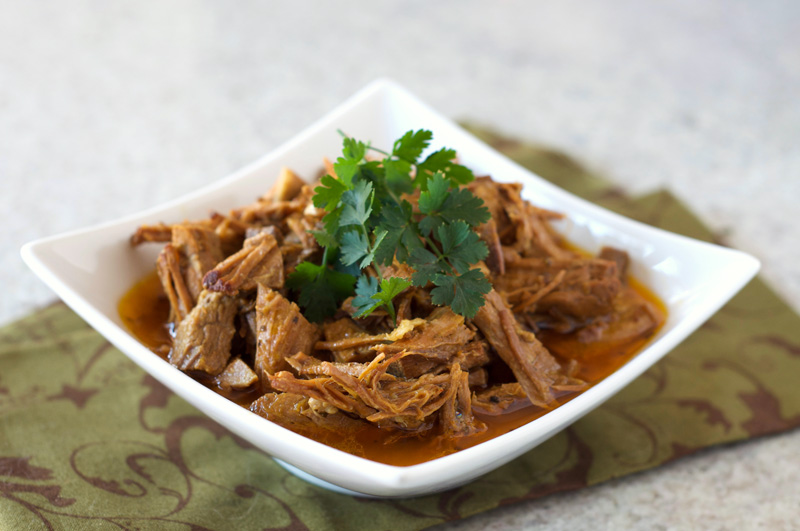 I sometimes get weird ideas about creating a recipe, and this one has been eating at me for awhile. True cochinita pibil would be wrapped in banana leaves and immersed in coals in the ground to cook, but that’s not really possible in the patio of my condo, so I decided to give it a try in the Instant Pot. The flavor was intense and satisfying, but I found the texture of the meat from the butt a little tough, despite the pressure cooker, so I’d recommend doing this recipe with a bone in shoulder roast instead.