Farro is an ancient grain and history says it’s the original grain that all others were derived from. I have no idea whether that’s historically accurate, but I do know it’s not grown much around the world anymore, with Italy being the exception. I bought some in Italy on one of my trips, and never got around to doing anything with it, so decided to create something using some of the vegetables from my farm. 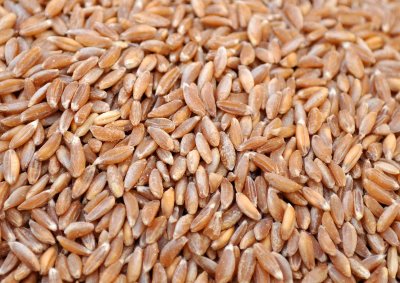 Farro is a healthy whole grain, and as such it requires a little longer cooking time. My bag of farro had no instructions on it so I decided not to try to figure out how much water it would absorb. Instead, I put the farro in with an extra amount of water, boiled it until it was still fluffly, but still al dente, then drained the excess water. It took about 30 minutes to reach the level I like it. 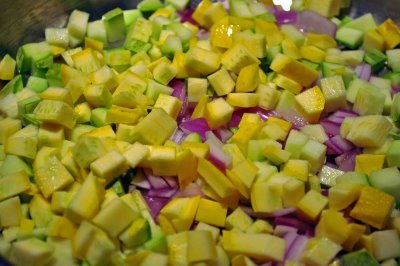 Next I cooked up some squash and onion for the filling and made a simple white sauce with flour, butter and milk. I tossed the cooked farro together with the sauce, the vegetables, and some cheese and poured everything into a greased casserole dish. 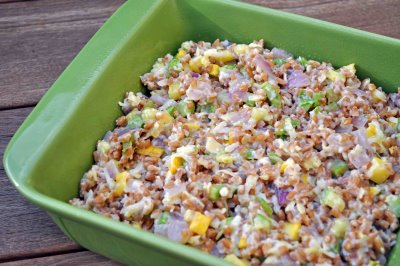 I ground up some garlic croutons in the food processor (you could just use bread crumbs but I wanted the garlicky, buttery flavor)… 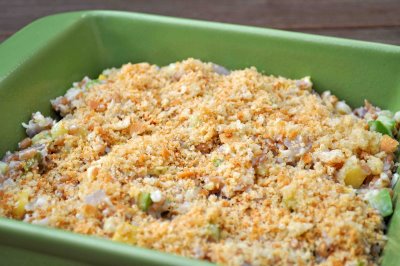 …and sprinkled them on the top. I popped that in the oven and baked it uncovered for about 20-30 minutes until it was bubbly and golden grown on top. 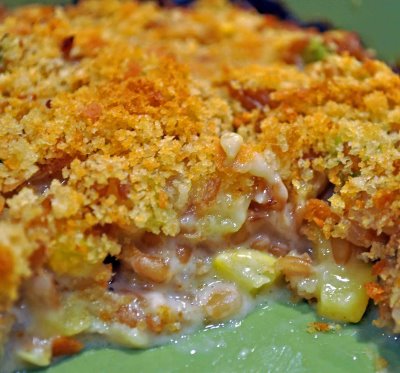 I gotta tell you…this dish could make me become a vegetarian!