Believe it or not, I still have over a hundred green and slightly pink tomatoes on my plants, so figured it was time to start harvesting and doing something with them. I ran across a recipe for a green tomato relish on The Atlantic online that seemed easy and a perfect way to use a bunch of these beauties. 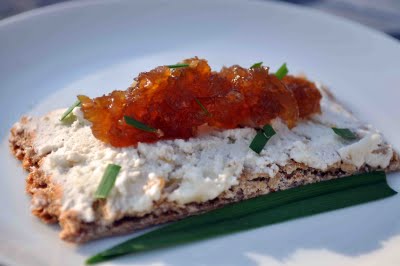 The Atlantic recipe only called for simmering until it was slightly thickened. Because I have a tendency to try to multi-task (which they say kills brain cells by the way), I left mine on a bit too long, but was happy with the much thicker result. This heaven is smashing on top of a cracker with some goat cheese and I plan to serve it tonight for a part on a slightly warmed wheel of brie. 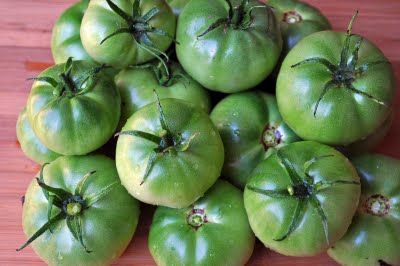 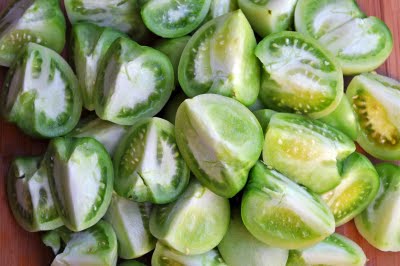 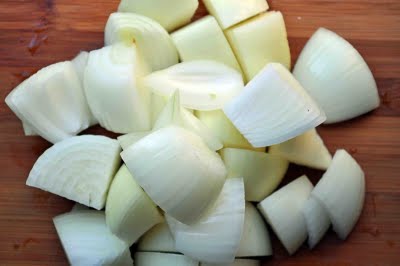 Do the same with 2-3 onions. I used standard issue white onions because that’s what I had on hand, but a Vidalia or other sweet onion would be good. 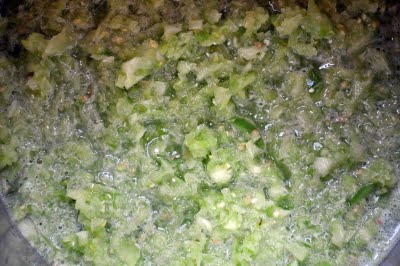 Put them into the food processor and pulse until you get this consistency. You don’t want to overly puree it like you would if making my Green Tomato Bread. 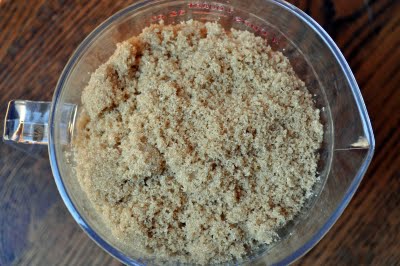 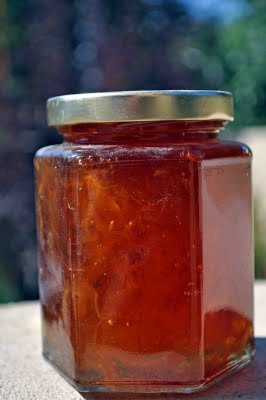 …one 12-ounce jar of orange marmalade (the bitter Seville type is best), cider vinegar, and some crushed red pepper. 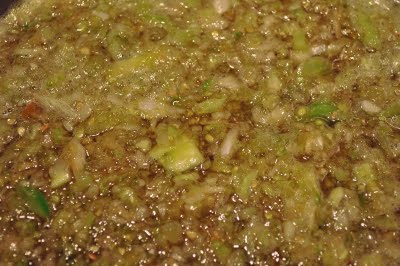 It will look like a big pot of glop like this. Bring it to a boil then reduce the heat and simmer it until it’s really thick and jam-like. 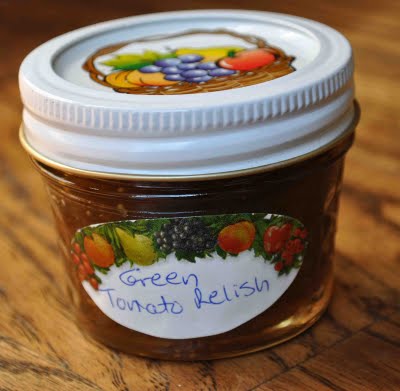 I actually went through the process to put it into sterilized jars and do official canning so I could store these on the shelf and give away as gifts, but you can also store in plastic bags in the freezer. 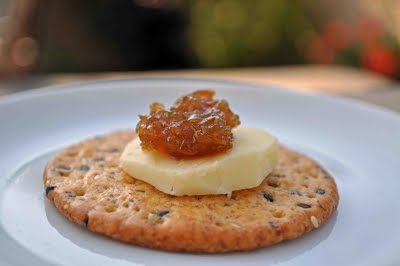 If you’re lucky, you’ll have a little bit left in the pot that you can snack on while the jars are boiling away! Use the relish as an appetizer condiment with cheese trays, a relish on pork tenderloin, or simmer chicken breasts in it.

Place tomatoes and onions into the bowl of a food processor and pulse until chopped into small pieces, but not pureed. Place vegetables in a large saucepan and add remaining ingredients. Bring to a boil, reduce to simmer, then cook uncovered until golden brown and quite thick, 1-2 hours. Place in clean, sterilized jars and can, allowing jars 10 minutes to boil in the canner. Alternatively, freeze in plastic bags.