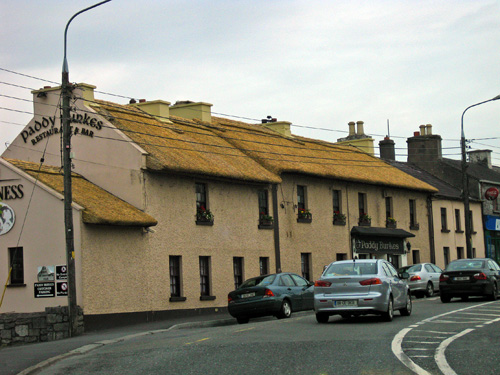 We set off from County Clare early this morning, passing by a few thatched roofs on the way (actually much scarcer than I was led to believe) to drive north of Galway to the small village of Cong which happens to be home to the Hollywood set of The Quiet Man, the John Wayne and Maureen O’Hara movie from 1952. You can imagine my parents, in their early 20s at the time, madly in love, and how much a love story like this would have had an impact on them. 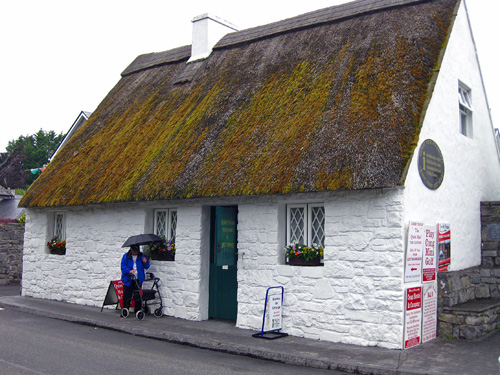 So we drove the extra 45 minutes north of Galway to the small village of Cong where there is a museum in the actual house that was used for the set of the movie. 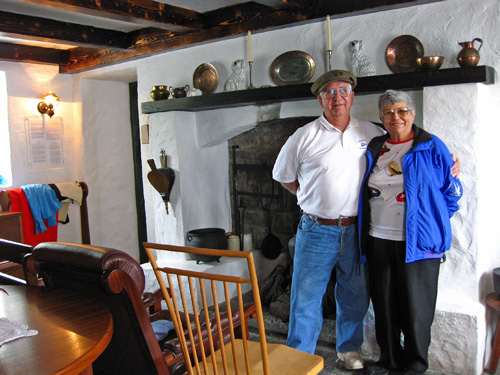 My parents toured the tiny 2 room house, commenting about scenes from the movie (my dad having already told me virtually every scene and line) and seeming to enjoy the memories. 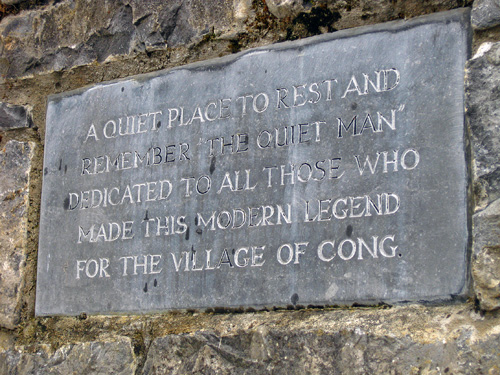 It’s interesting how much something like this can impact a small village. There really is very little reason to head north to Cong except for the castle that’s here. 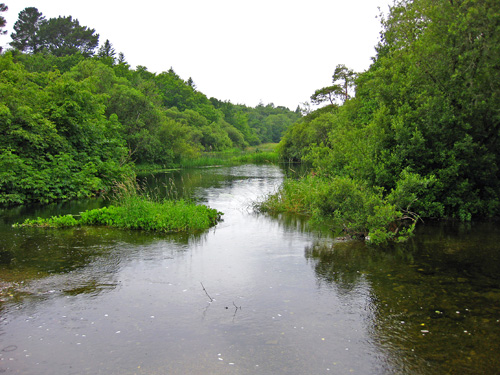 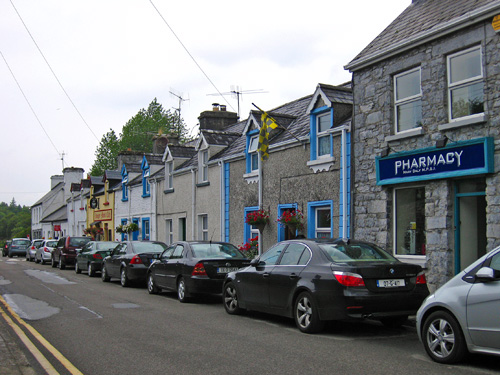 Yet a steady stream of traffic flows through the town, everyone at least stopping to photograph the outside of the tiny house from the movie. After a quick bite to eat on the way out of town, we made our way to the highway for the somewhat grueling 200 km drive from Galway to Dublin. Turns out I prefer the winding small backroads a bit more than the highways – more to focus on making the drive a bit more interesting than blasting down a straight road at 130 km / hour. We ditched the car at the airport then grabbed a taxi into Dublin, getting an earful on the way about U2, how both Bono and the Edge got their nicknames and seeing where they went to school. 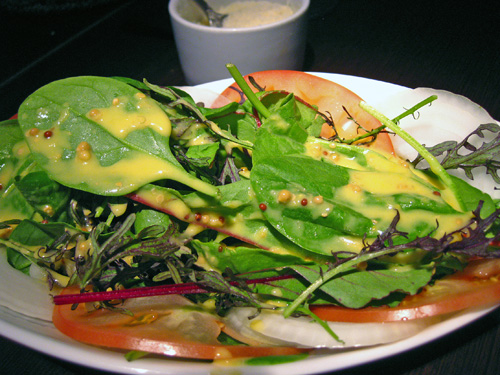 This was a big day of travel for my parents, especially my mom, so we headed right across the street from the hotel at 7pm for a quick dinner. For me, a nice salad of baby chard, tomatoes, and onion… 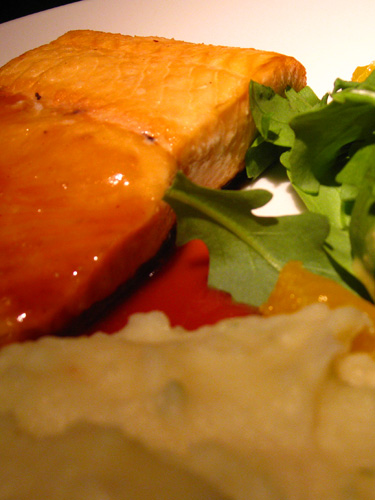 …followed by a great salmon filet with a sort of BBQ sauce accompanied by an arugula and orange salad and some herb mashed potatoes. It’s supposed to rain solid for the next several days across all of Ireland. Somehow it didn’t bother me all that much when we were driving around the countryside, but now that we’re in the city I’m really bummed and not quite sure what to do with my parents for two full days here. Ideas? Send me an email!