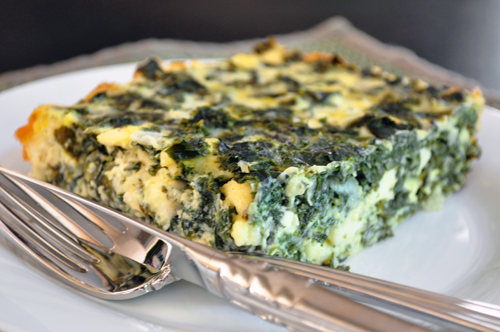 One of the best things about my new puppy Ellie is that she gets me up early and is ready to walk when it’s still cool outside. That gets me moving earlier in the day, and gave me time to visit my garden before it got too hot. 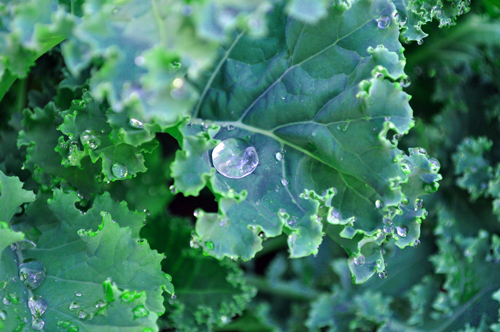 We’ve been doused with rain for several nights in a row and the sort of waterproof kale leaves held huge droplets. 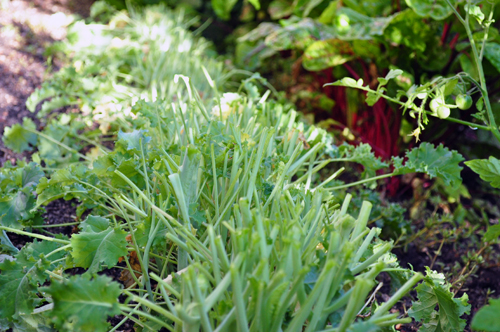 Last year I got 4 full harvests from one row of Swiss chard by simply cutting it and letting it re-sprout itself, so I am trying that this year with the kale. 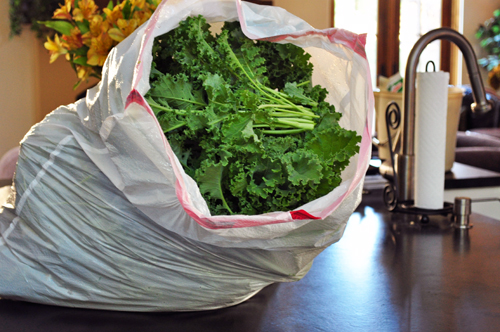 That one four foot row of kale filled a tall kitchen trash bag, and weighed about 10 pounds. 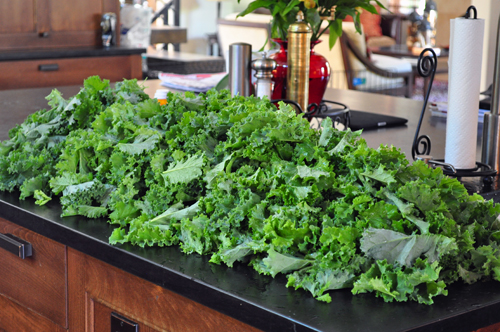 I soaked it in a sink of cold water to remove bugs and dirt – I try to keep my garden organic unless I have a horrible outbreak of something – and nearly jumped out of my skin when a daddy long legs spider crawled down my face! It took me an hour to strip all of the kale leaves from the inedible stems. 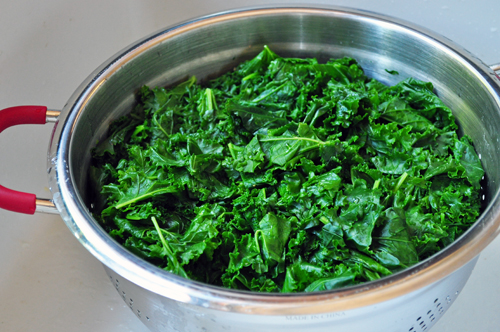 Kale wilts down like spinach, but it’s tougher, so I actually blanched it in boiling water for a minute on each batch before draining it (in my new colander from Costco which I love!). Believe it or not, that full bag of kale only yielded 3 pounds of cooked kale. I bagged up 2 pounds in individual bags for use in stews this winter… 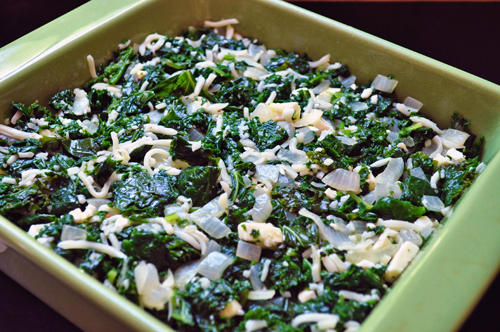 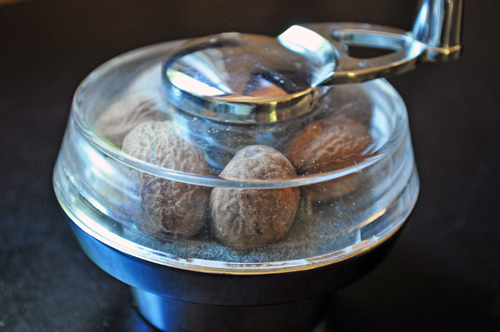 Nutmeg really sets off the flavor of greens. I forgot I had this cute nutmeg grinder so was happy to pull it out to use. 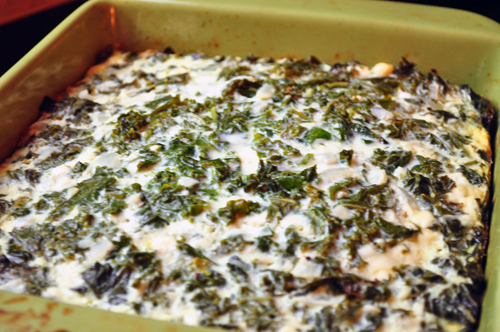 Pour the mixture into a baking dish, cover and bake. You can eat this as a vegetarian entree or serve it up as a side dish. 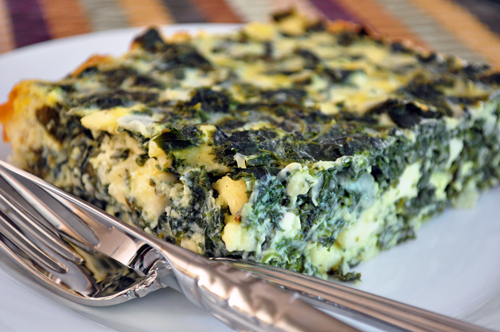 And it’s a great way to get more of this super-food into your diet.

Print
Prep time
5 mins
Cook time
45 mins
Total time
50 mins
Recipe type: Side Dish
Serves: 6-8
Ingredients
Instructions
Notes
Kale is quite a bitter green. You can remove some of the bitterness by boiling it slightly longer before squeezing dry and chopping, but if you prefer a more mild green, use spinach or Swiss chard in its place.
Wordpress Recipe Plugin by EasyRecipe
1.2.4