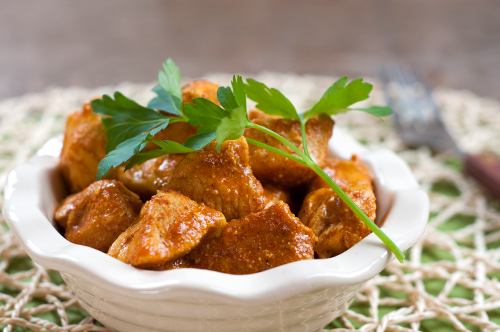 You might recall my recent visit to the Savory Spice Shop in downtown Denver. I was there primarily to get pink salt and juniper berries to make my home cured pancetta but couldn’t resist buying a bunch of other spice mixes while I was there. I love Indian food, but don’t have all the spices you need to make most of the dishes. 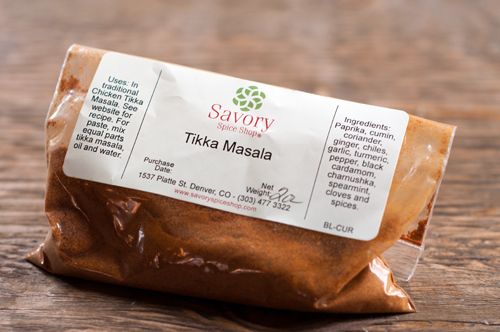 Fortunately the spice shop has a ready made package for Tikka Masala. You simply mix the dry spices with some oil and water then proceed with a simple recipe. 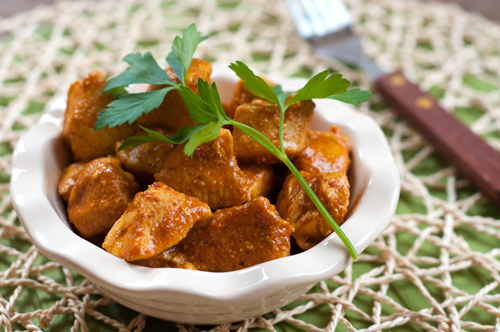 I actually made this whole dish and photographed it in about 20 minutes – it’s that simple with the prepared spice mix. If you’re not in the Denver area you can actually order their spices online. I’d serve this dish over some simple jasmine rice so that you can really enjoy the flavor of the sauce and spices, maybe with some saag and some naan bread for soaking up the sauce. Sounds good, doesn’t it?