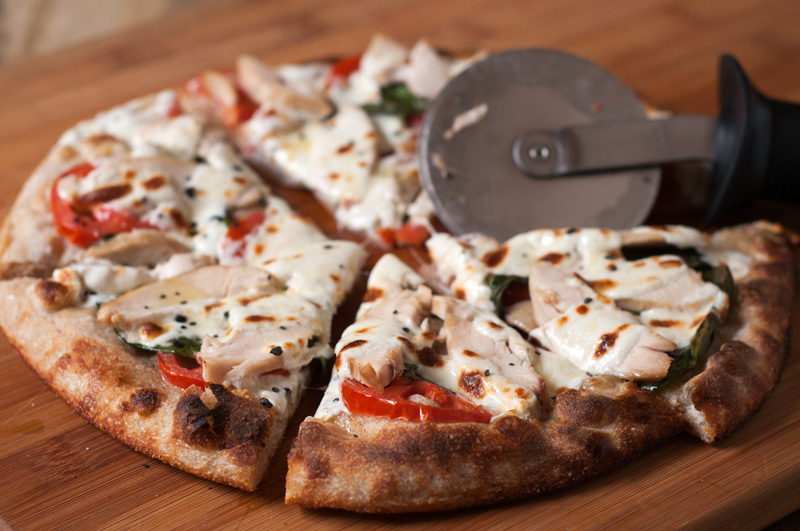 Ever since I discovered Josey Baker’s recipe for sourdough pizza dough and his technique for making the pie in a skillet, I’m never going back to the pizza stone. This is by far the best, the easiest, and the fastest way to make a great pizza I’ve ever discovered. 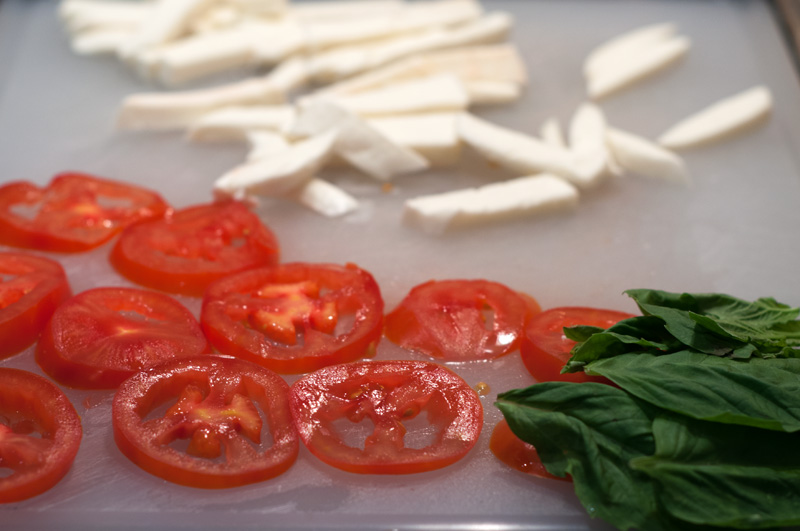 The whole process takes barely over 5 minutes, so you need to have everything prepped and ready to go before you toss your dough into the skillet. If using fresh tomatoes (which I prefer over pizza sauce), seed them first to they aren’t wet and runny on your pizza. Make sure everything is thin and uniform. 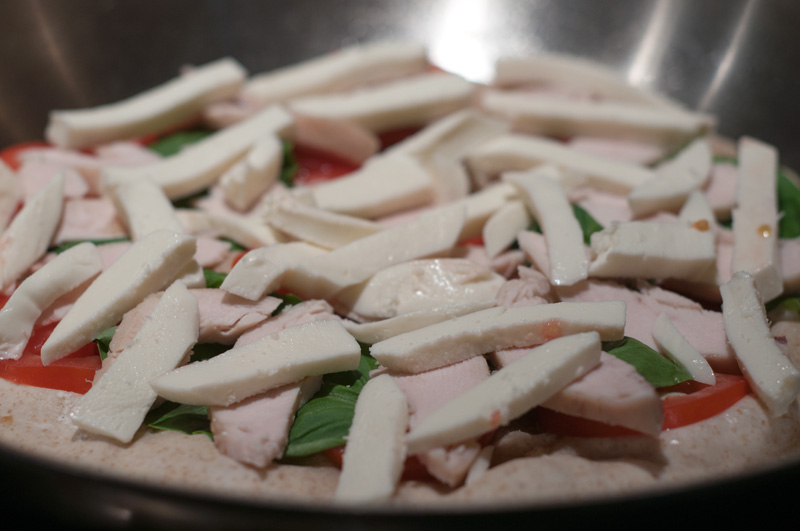 As soon as the dough goes into the skillet, layer up your ingredients – I like to put the tomatoes on the bottom, and layer the fresh basil in between other ingredients so it doesn’t burn (this eventually goes under the broiler). I also like my cheese on top to seal everything in. 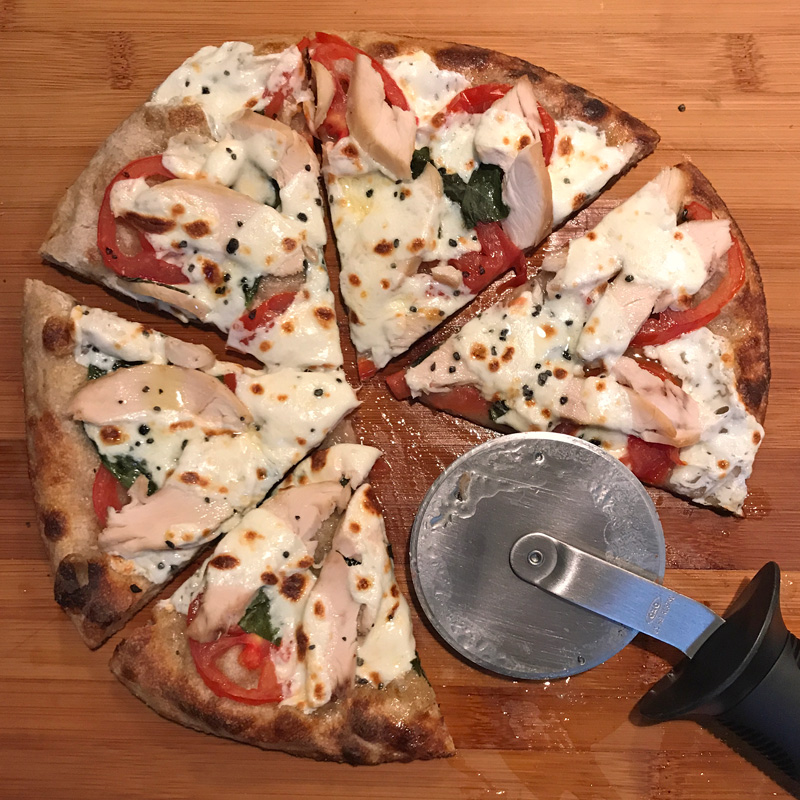 After the final 3 minutes of cooking time – right up under a smoking hot broiler – let the pizza sit for a minute or two before slicing it to serve. I drizzled mine with some Italian extra virgin olive oil and sprinkled it with some black sea salt (as much for a visual effect as anything), and boy were those both great finishing touches! One note on making pizzas this way: the thickness of your crust is going to be directly proportional to how much dough you use and the size of your skillet – play around with a few attempts to see what you like best. I’ve settled on 240 grams of pizza dough and a large 10-12 inch skillet. That produces a thin crust with a thick enough edge that browns up nicely under the broiler. I hope you love this as much as I did.