“Trash” Tacos for a Crowd 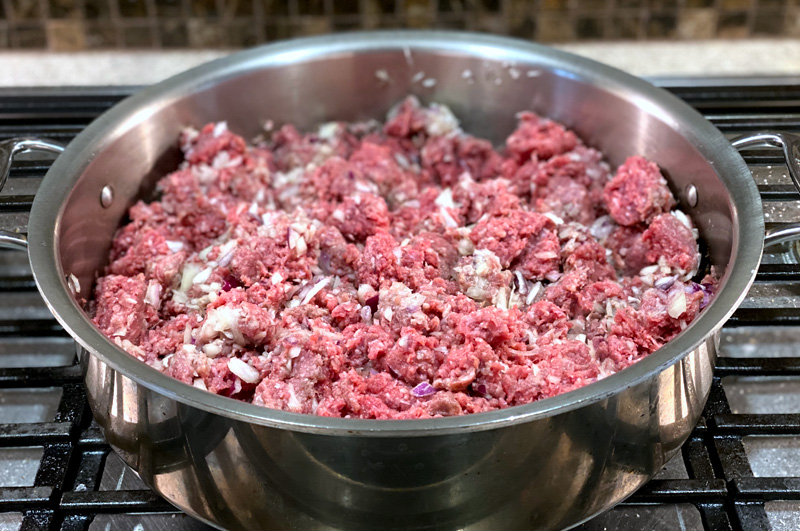 One of the fun things about being with a new partner is learning about each other’s tastes in food. My sweetheart grew up in east LA, and this simple home-cooked crispy taco, what he referred to as a “trash” taco presumably for it’s less than glamorous look and perhaps questionable nutritional value, was a staple there. I, on the other hand, don’t think I had a taco until my adult years when I traveled to Dallas for IBM training, and had no experience making what seems like a fast food style fried taco. 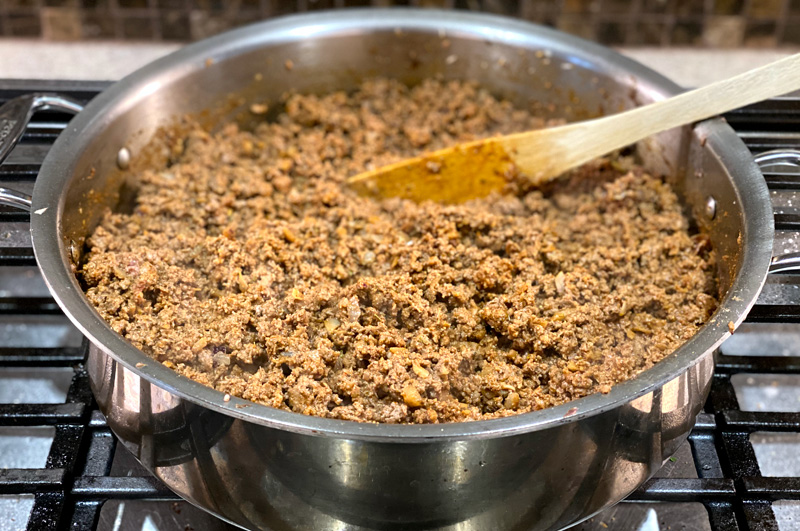 We decided to make up a huge batch of these – which is actually quite easy to do in an assembly line with a partner – to host his kids for a socially distanced happy hour and taco party. I made the meat filling the day before, then we fried them off early in the day of party. It only takes 10 minutes in a hot oven to reheat them and crisp them up. 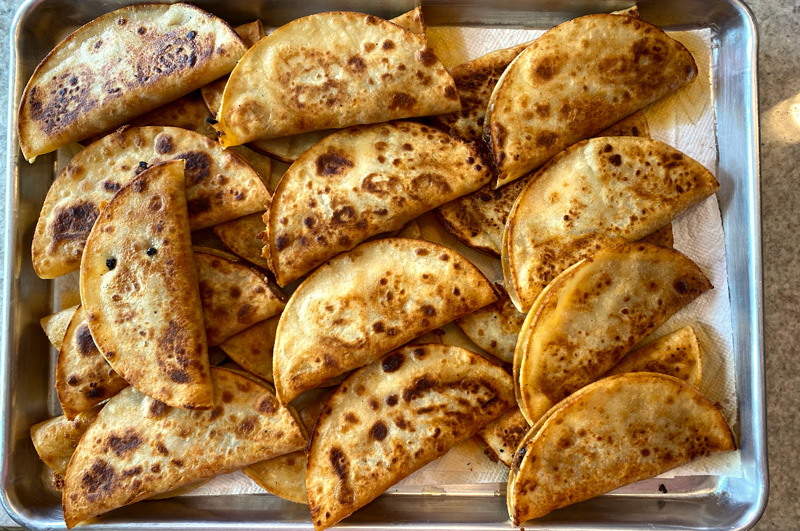 We made the tacos with cheese, but you can leave that out, and we served them with shredded lettuce and tomatoes. The kids took leftovers home and told us they heated up nice and crunchy the next day as well. Although I didn’t try it, I’m guessing you could freeze leftovers and re-crisp them in the oven too.

"Trash" Tacos for a Crowd