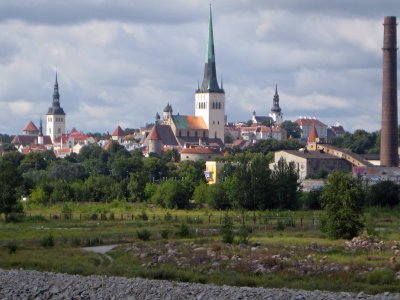 After three days in Russia, as interesting and pretty as it was, we were ready to move to another country, and Estonia could not have been a more perfect stop for us. Liberated from the Soviet Union in 1991, these people seemed so much more festive, happy, and alive than many of the Russians we encountered. 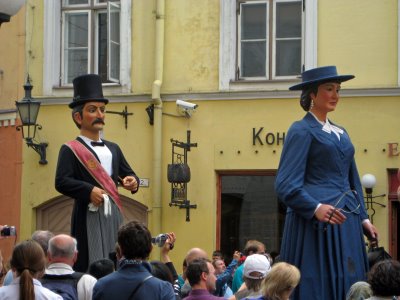 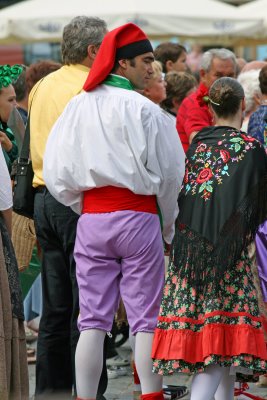 It helped that we landed there on a Saturday when there was a huge festival going on that the whole city turned out for. 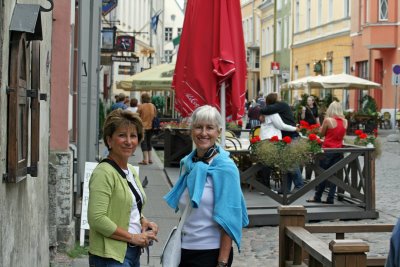 The old town of Tallin was influenced by Catherine the Great, and the small winding streets of are lined with restaurants and shops. 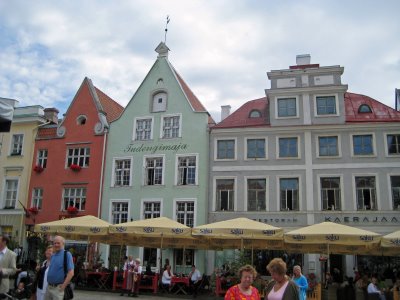 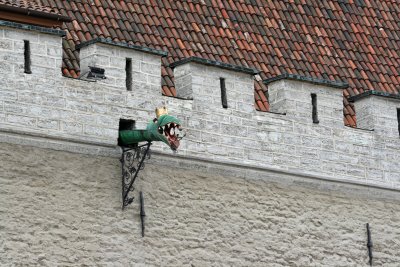 As we came into the center square we ran right into the parade, and wandered with everyone through the parade for awhile to make our way to a cafe where we could watch while eating something local. The square is situated around the oldest Gothic town hall still standing, complete with gargoyles.

I got a kick out of the menu that clearly advertised certain items only available upon a successful hunt! 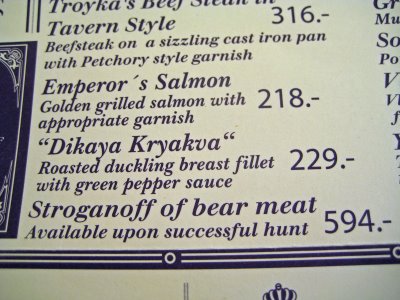 Instead of traditional bread and butter, they serve it with these gorgeous spring onions. We ordered a specialty which is a small pot of dumplings served with three dipping sauces which all seemed to be some sort of mayo flavored with onion or other seasonings – all delicious. 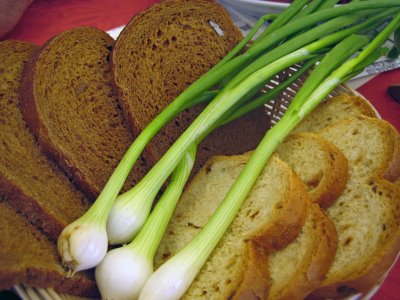 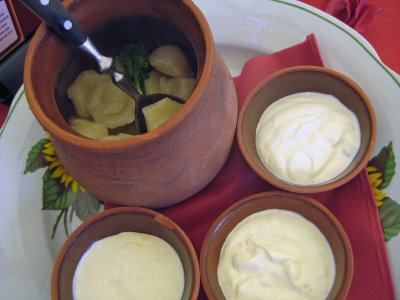 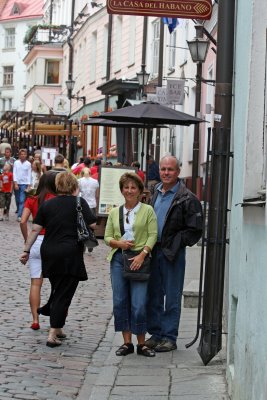 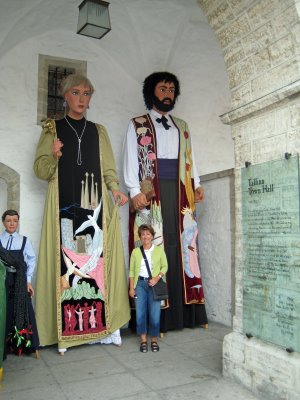 After wandering the town a bit more, our friends headed back to the ship and Greg and I ordered a pizza in a prime spot to watch the human pyramid competitions going on in the square. 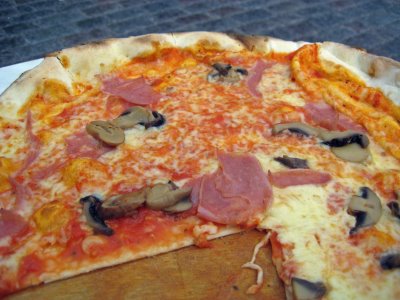 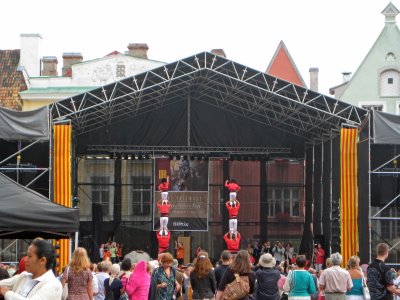 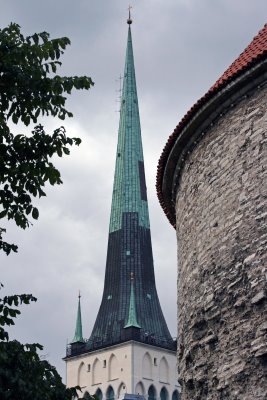 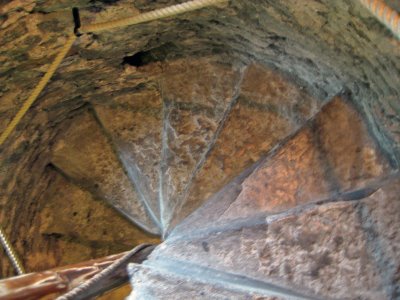 On the way back to the ship, I hiked the 375 foot high steeple of the Oleviste Church for what has to be the very best views of Tallin, including the domes of the Orthodox Cathedral in town and the original fortress walls of the city. 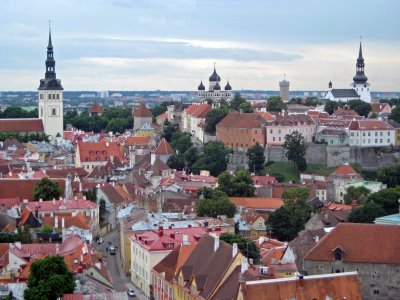 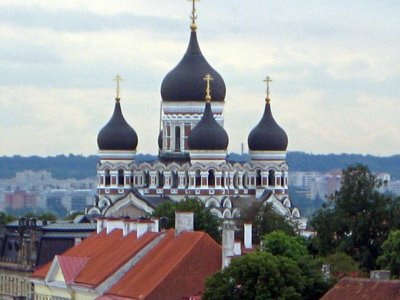 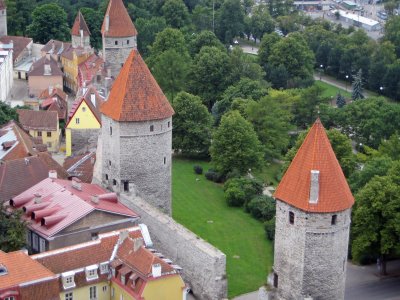 Wandering back to the ship, it appeared almost that our ship and the neighboring one had been pulled onto the grassy field! 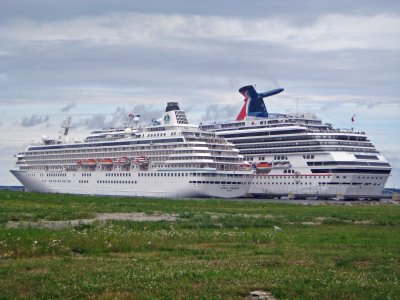 I climbed aboard and got ready for dinner: