It’s a shame to arrive in a city as lovely and vibrant as Stockholm on the last day of a two week trip when you’ve already been in 7 other cities. We tried to act enthusiastic as we boarded a Stockholm Sightseeing boat for a tour of the city by water. 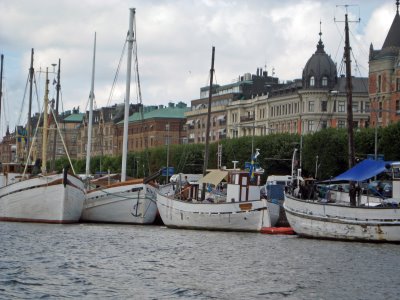 Famous celebrities from Sweden live in these swanky apartments along the water – Bjorn Borg and one of the singers from Abba – and the sailboats were gorgeous. 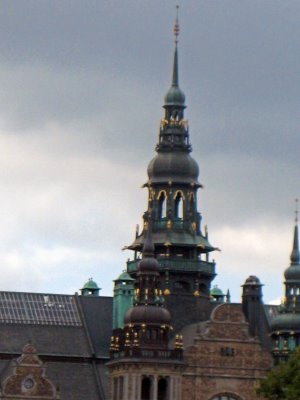 The cruise took us out through the main harbor, past the Gothic cathedral, and wound it’s way through the enormous and lovely Djurgarden Park. Turns out the Swedes are huge environmentalists and health nuts and the park was swarming on a warm Sunday with people running on the paths along the canal. 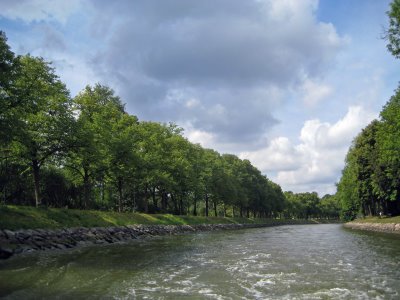 Back on land, we passed the royal guard (several of the countries we were in on this trip still have royal families with the associated palaces and guards) before heading to the Gamla Stan (old town) area for lunch. 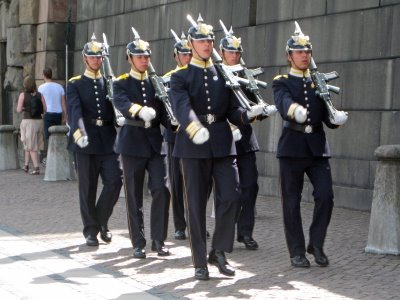 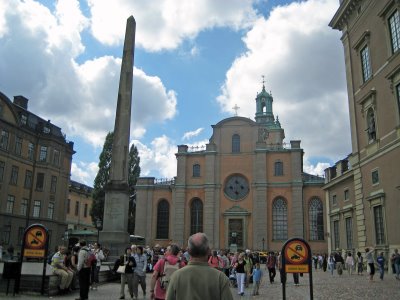 Stortorget is the main square in the heart of Gamla Stan and it couldn’t have been more charming. We found a nice spot on the square where we could dine al fresco (the incredibly great weather continued through Sweden). 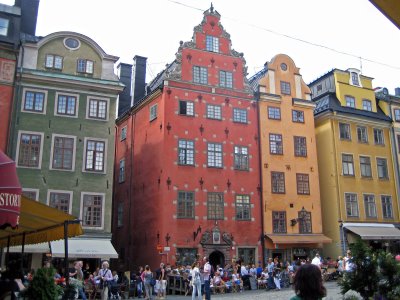 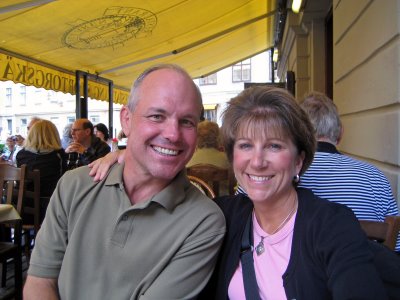 When in Rome…or this case when in Sweden, drink what the Swedes drink, and in this case it was the Zeunerts original lager, which interestingly they sell with 3 varying levels of alcohol content.

And lunch in Stockholm wouldn’t have been complete without a traditional smorgasbord lunch. Ours included herring, salmon, reindeer, skagen, egg, shrimp, cheese and potatoes. I was amazed that I actually liked the herring, which was made more tasty with the sour cream and diced onion condiment and eaten on one of the skagen crackers. In our friend John’s words. “That was just delightful!” 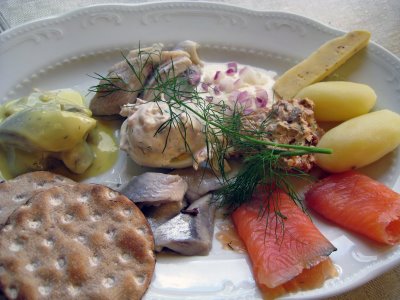 Next up was a pasta dish with salmon and leeks: 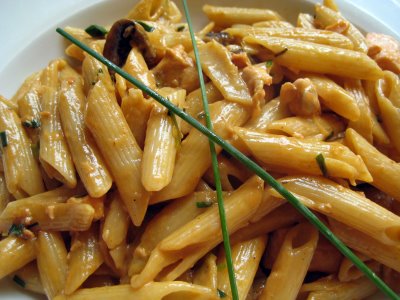 I managed one last photo of the city before we headed back to the ship to pack – or like John said, “Who put 8 great tomatoes in that little bitty can?”, which of course means, how am I ever going to fit all of this junk back into my suitcase to go home?! 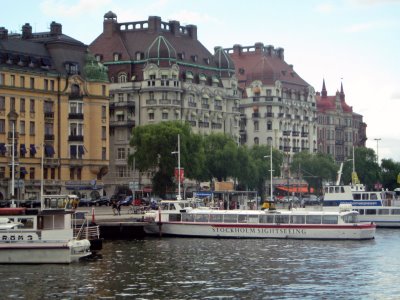 You’re probably amazed that I could eat another fancy meal – I was feeling a bit that way myself – but I managed to fit one in! The first course was a delicious goat cheese terrine followed by mixed greens with buffalo mozzarella, tomatoes, and pesto. 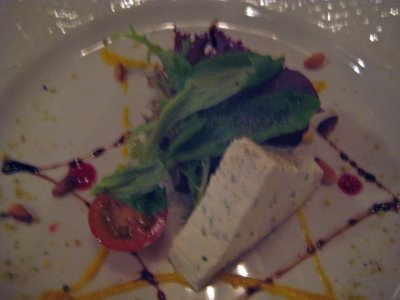 I ordered the salmon which was served with lingonberry sauce. Although I don’t usually care for a salmon steak, preferring instead a filet, this one was fabulous, and Chris & Eddie managed to bring us plenty of steamed vegetables to accompany the fish. 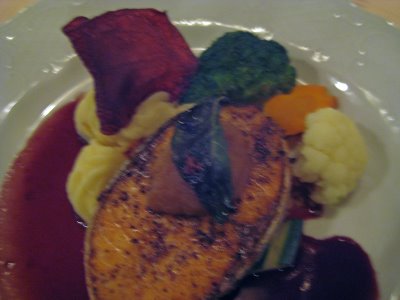 I finished things off with sesame ice cream, which sounds weird but is actually unusually good!