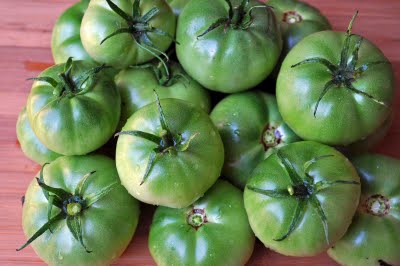 I usually think of green tomato recipes late into the harvest season when it’s not warm enough or sunny enough during the day to ripen those remaining green tomatoes on the vine. But I have so many green tomatoes growing on my tomato plants right now that it’s tempting to go ahead and pick a few to make this delicious bread. Green tomato bread is similar to a zucchini bread in that it’s packed with vegetables that you’d never know are there (another one of those great ways to sneak things in for picky eaters). 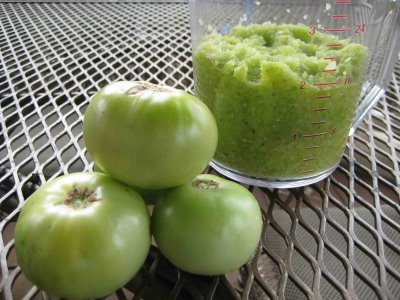 You can freeze the puree in measure quantities at the end of the summer so that you’ll have this ready when needed to make this moist bread. I make the recipe with part Splenda to keep the sugar content down, but you can use all sugar instead. Same with the nonfat yogurt – use whatever type you like or even sour cream which gives it a nice tang.