If you’ve never been part of a chili cook-off (or any other type of cook-off for that matter), it’s hard to convey just how much fun it can be. A good friend of ours decided to host a neighborhood chili cook-off this year and when he invited me to be one of the judges, I immediately said yes. 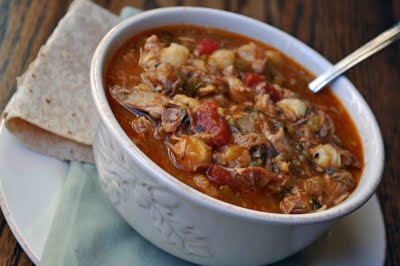 You’re looking at the winning chili right there – and it just so happens to be the green chili posole stew that was entered by the organizer himself, Doug Wulf. There he is looking a bit smug (and yes, a bit goofy in his getup!) like he already knew he had it in the bag, but honestly, nobody knew until the end, and the judges didn’t even know the creators of each entry until we called them to the “judges table”. 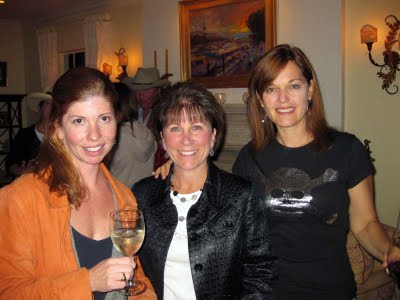 My partners in the judging process were Claudine Pepin, a noted food personality who has had TV shows and has written cookbooks (and yes, she happens to be Jacques Pepin’s daughter, but I’m guessing she occasionally tires of people introducing her that way, so I wanted to introduce her for who she is first), and Nicola Frost, a producer with the Food Network here in Colorado who has worked with many of the big name chefs you know and love from TV. Both were delightful to work with! 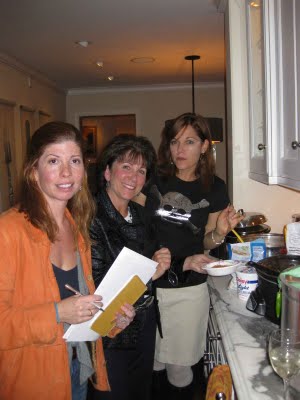 All of the contestants lined up their pots in the kitchen with only a label for their chili and any condiments that they suggested we add. The judges went from pot to pot and judged based on taste, texture, appearance, aroma and aftertaste, while contestants sipped on beverages and nervously awaited the results. 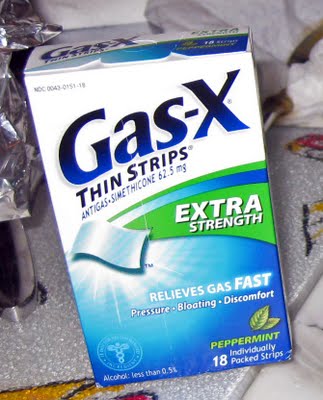 I guess the host figured we’d need this after tasting so many! I think in all there were 3 green chilis, 2 buffalo wing style chilis (one of which was really more like a queso dip), 1 white chicken chili, 1 vegetarian, and 2 or 3 that were some version of what I’d call a traditional red style. Some had beans (red, white, pinto or black) and some didn’t, some had meat (chicken, beef, or pork) and some didn’t. We added salt to almost every single chili we tasted which greatly improved their taste. Interestingly, the winning chili was the only one that we didn’t salt and the only one that used hominy. And to my shock, not a single person used freshly roasted chiles from the farmers’ market, despite this being the height of season for them. 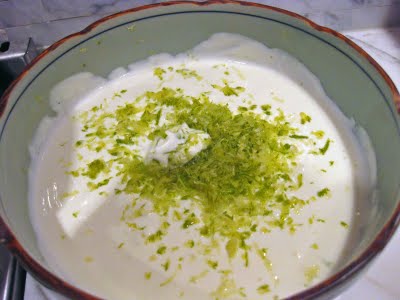 Before I give you the winning recipe, you might be interested in the second and third place entries. I was prepared to hate the second place entry which was a ground beef chili with black beans. It looked, frankly, like sloppy joes and all of the judges thought it would be boring – in truth, on it’s own it was a bit one dimensional. But the creator, Nora Neureiter, suggested we stir this creme fraiche with lime zest into the chili, and that made it a winner. The recipe came from a local friend (a family recipe) and Nora made a few adjustments to that when she created her Leyden Lime Success Chili. The third place winner, Julie Michalek, created Buff Chick, a chicken based chili using her hometown favorite hot wing sauce, using a recipe she found on the Internet with a few tweaks. I’m not a hot wing fan – too greasy gross for me – but this chili mimics all of the flavors of hot wings with nice shredded white meat chicken instead of a pile of skin and bones. She was mistakenly told she couldn’t adorn the chili, but with some thinly sliced celery and a few blue cheese sprinkles on top, this would be a fun party chili. 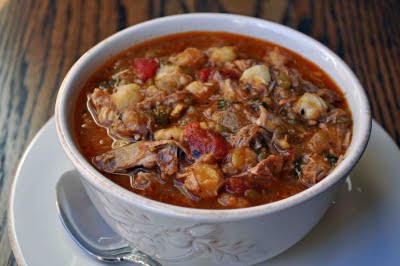 Part of the fun was calling up the finalists (including two runner up spots and a best name winner) to tell them what we appreciated about their entry – nice smoky taste, good kick, etc. But in the end, Doug’s posole, which he said he worked to recreate after tasting a similar recipe at a restaurant, took first prize. I was lucky enough to pick up some on Sunday to photograph for this post, so got to enjoy it again for lunch. And after the second tasting, I can confirm it’s a winner!

Preheat oven to 325 degrees. Using a knife or long tined fork, spear pork roast all over, then place on a large piece of heavy duty aluminum foil. Mix together liquid smoke, salt, cumin, coriander and chili powder and pour over roast. Seal tightly, then wrap 1-2 more times in foil. Place in a baking dish with an inch of water in the bottom and bake for 3 hours. Remove from oven, let cool slightly while still wrapped in foil, then shred pork into bite sized pieces, discarding any chunks of fat or gristle. Put shredded pork into a large pot or crock pot and add all remaining ingredients except the cheese. Stir together, cover and let simmer for an hour to bring all of the flavors together. Serve with cheese as a garnish.