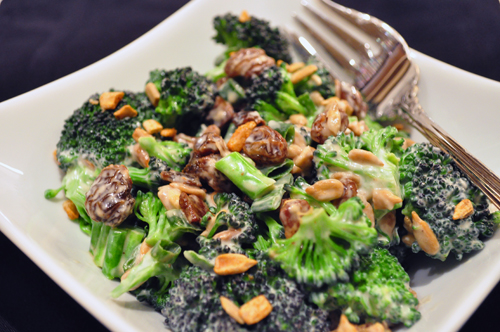 As I sit down to type up this recipe, I know some of you out there are going to turn up your noses. Broccoli. The vegetable senior George Bush didn’t like and made sure the whole world knew it. (His son, W., said he likes the tops but not the stems – I’m kind of with him on that.) Well not so fast. A friend made this when we were visiting recently and it was so yummy that I came home and made it for dinner just two nights later. 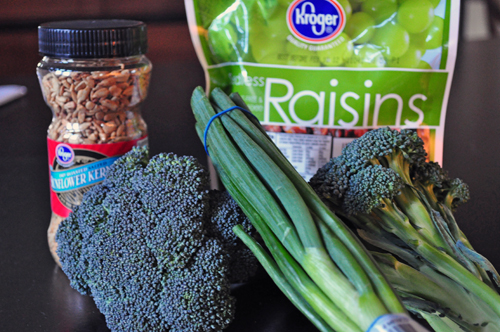 The ingredient list is short, but flavorful – broccoli, green onions, raisins, sunflower kernels, and (not shown) bacon and a mayo based dressing. 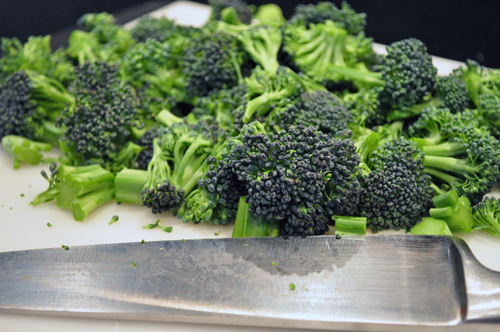 Start with a couple of small broccoli crowns (that’s the part that’s mostly florets and most of the stem is cut away) and chop them up, discarding any large pieces of stem (unless you like them!). 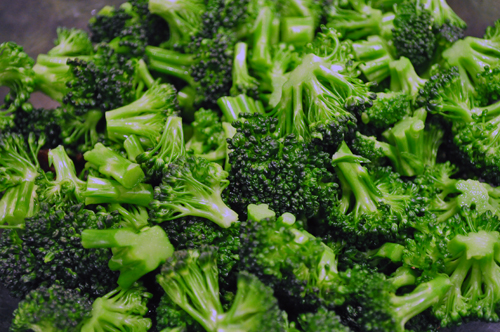 The recipe from my friend used raw broccoli, but I like to take that raw edge off just a bit by blanching it in boiling water for just one minute, then dousing it in an ice bath. It highlights the bright green color and I think tastes a bit better. But hey, that’s a personal thing and if you like broccoli raw, certainly skip this step! 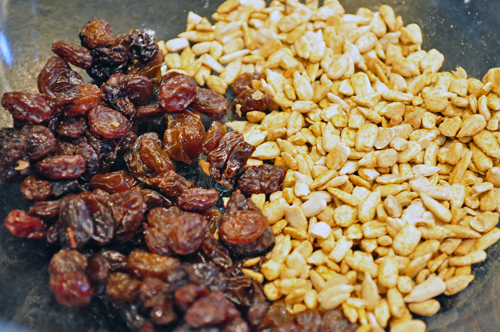 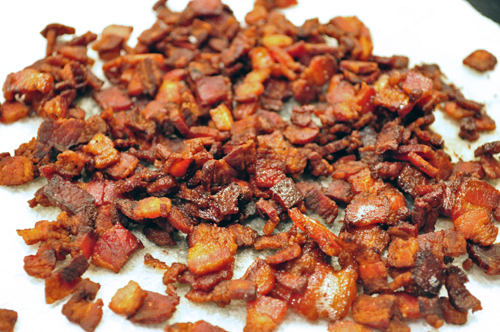 …along with the chopped green onions and crispy bacon bits. My friend used the bagged bacon bits and wanted to keep the calories down, so chose turkey bacon. I’ve found that if you cook good old pork bacon until it’s totally crispy and drain it well, you are rendering out most of the fat anyway, and you have that classic bacon taste. 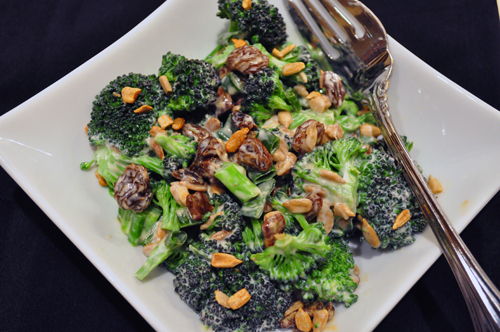 The dressing is simple – a bit of mayo, add some sour cream if you have it and want to, a splash of vinegar and water, some salt and pepper to taste. My friend’s dressing used 1/4 cup of sugar, but I omitted it to cut down on sugar and didn’t miss it at all. Just mix the dressing well then toss the salad with the dressing.

Choose regular or low-fat mayonnaise and sour cream according to your dietary goals!

Combine mayonnaise, sour cream (if using), vinegar and water together and mix well. Set aside. Combine broccoli, raisins, sunflower kernels, scallions and bacon in a large bowl. Toss with dressing until evenly coated. Season with salt and pepper to taste and serve.