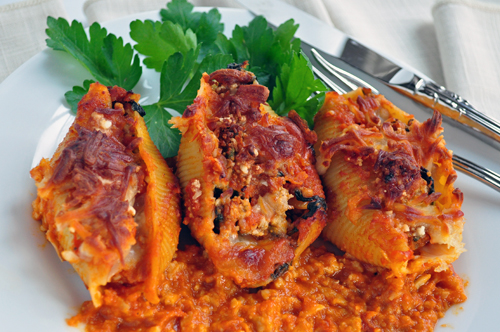 Every once in awhile, I make something that is really intended for my husband. Stuffed shells are not a go to dish for me, and I certainly try to avoid white pasta, but I figured the turkey and spinach made up for that, plus it gave me a chance to use up the last jar of marinara sauce in my freezer from last summer. 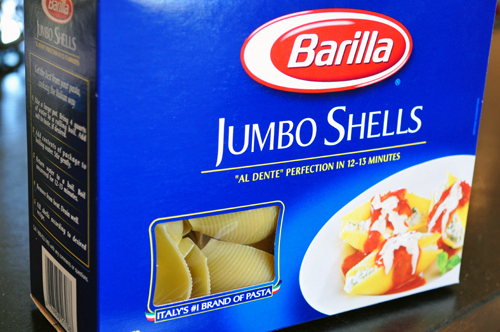 When I go out of town, like I did recently (post coming soon about the Bahamas!), this is the kind of stuff my husband buys. White pasta. When I returned home, I also found a drawer full of summer sausage, a vast array of crackers, and an assortment of cheeses, each block enough for a family. It reminded me of when he took the boys shopping for their first camping trip and he let them get the huge box of Dunkaroos (those sugary animal crackers made worse by providing frosting to dip them in), knowing I wasn’t there to say no. Well, since we had shells I figured I would use them up. Start by cooking them until just barely al dente, reserving some of the pasta cooking water. 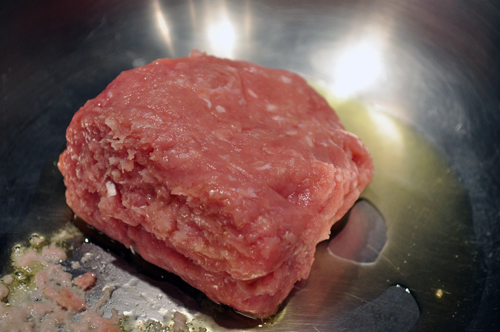 I also had some ground turkey thawed, and wanted to use it before it went bad, but you could use beef or bison. Just saute it in a little extra virgin olive oil. 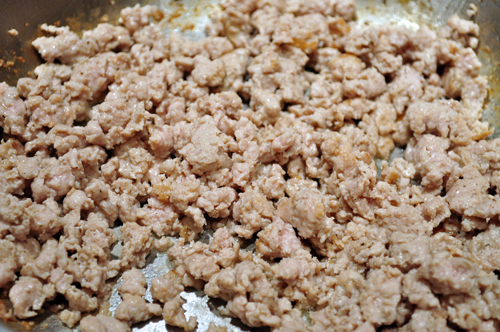 Cook it until it’s no longer pink… 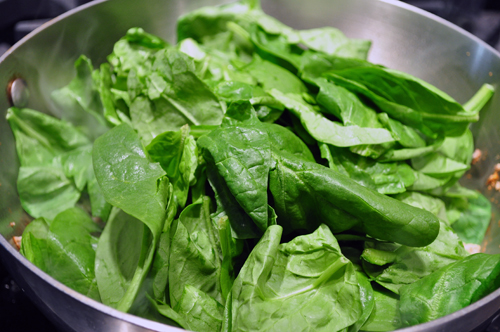 …then add fresh spinach right on top of it, and cook, stirring it together until the spinach fully wilts. 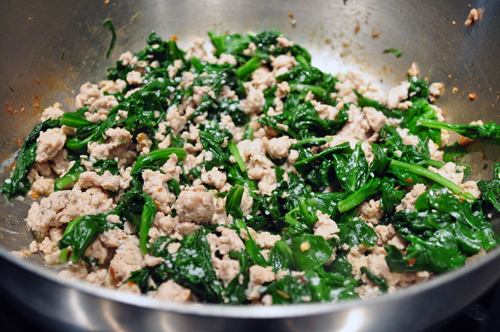 Season with some salt, pepper, fennel seeds and red pepper flakes, then stir in just enough of the pasta cooking water to deglaze the pan – maybe 1/4 to 1/2 cup… 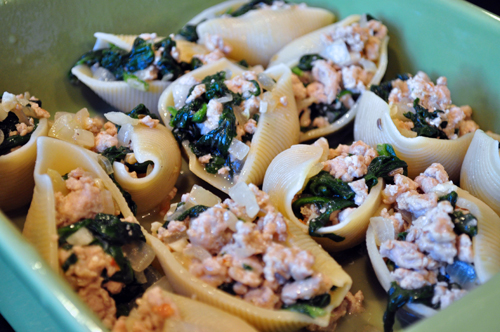 …and gently spoon the mixture into the cooked shells. You’ll have some juices left in the pan after stuffing the shells, so pour that over the top and it will be absorbed while they cook. 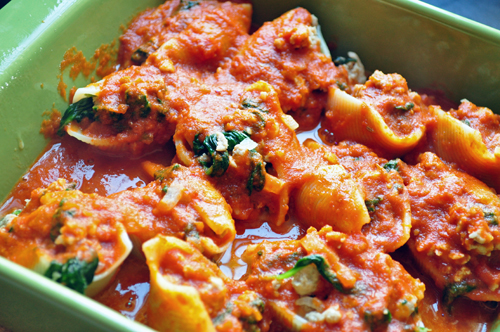 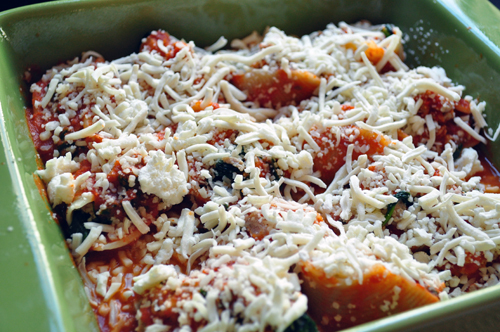 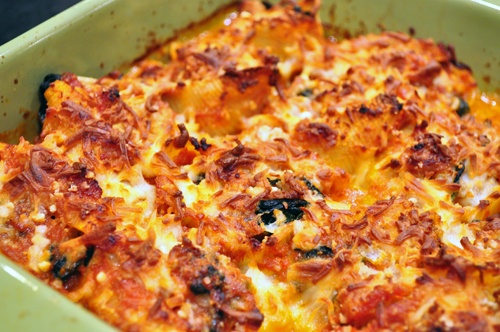 …and bake. My husband likes the edges of the pasta to get a bit crisp, so I baked uncovered. If you don’t like the cheese browning and the edges crisp, then cover with foil to bake. 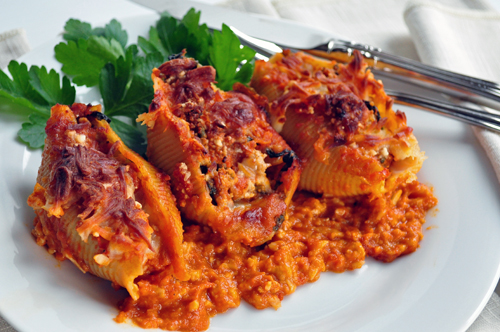 Interestingly, the box of pasta says 5 shells is a serving. Well, maybe if you’re only having the shells. But stuffed with the turkey and spinach mixture and topped with sauce and cheese, I think 3-4 is a large serving. Haven’t tried freezing these, but I’m guessing they’d do just fine like lasagna, so make a big tray if you must!