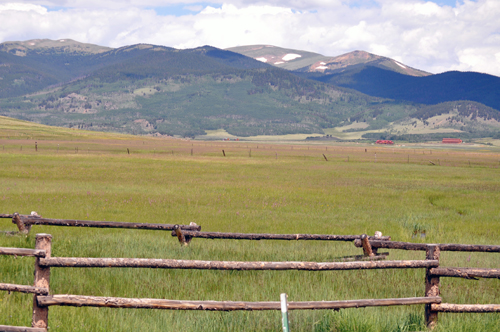 I’ve lived in Colorado since I got married. I’ve lived here longer than I haven’t. And until this summer I had never visited the southwestern part of Colorado. I’ve long been told it’s the prettiest part of the state, but that is an understatement. While the eastern plains are flat, and the western slope rather brown and dry, the southwest corner of Colorado is green. I mean, it’s like our own little slice of Ireland down there! Our trip covered several stops and since the photos are so stunning, I’ll split this into several posts for you. This one covers our trip to Crested Butte, which starts out heading SW out of Denver on 285 and lands you in Southpark. 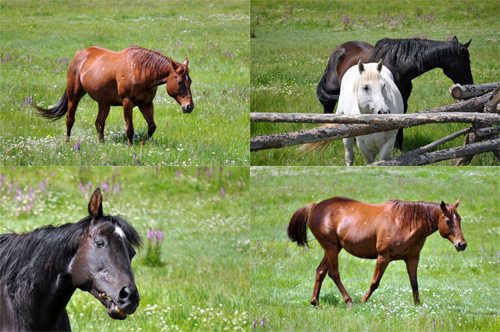 The vast high plain is lovely, complete with ranches and horses, but don’t kid yourself. In winter it’s a bear here – cold, snowy and windy. 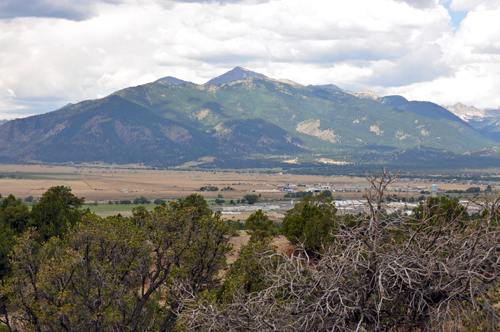 As you exit this high plain area you are dumped at the foot of the Collegiate Mountain Range right outside of Buena Vista (they pronounce it Bu-nuh, not Bway-nuh, by the way), where my father in law spent 20 years developing a residential area called Game Trail. He left us with two lots there we’d love to sell if anyone wants to live in ranching country! 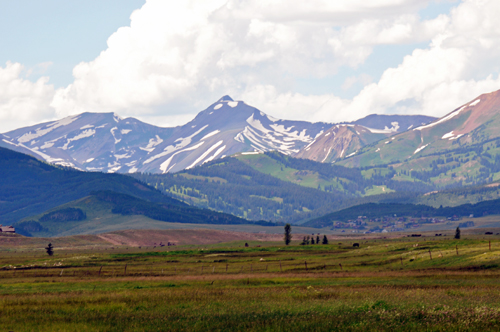 From there we wound down into Crested Butte – this shot is of the valley as you come in on the highway. In the summer you can actually go on bike or four-wheel drive over the top of the mountains into Redstone and Aspen, but in the winter, as our friends there say, it’s like a 29 mile cul de sac – you have to turn around and go out the way you came in from Gunnison. 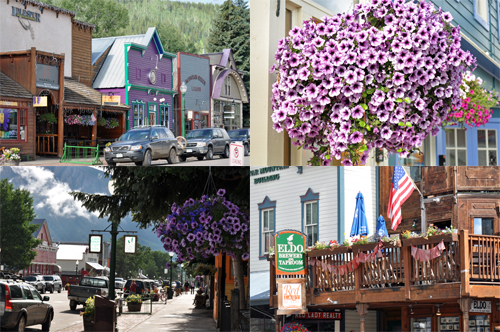 The town of Crested Butte is tiny – only about 1600 residents, but it’s cute with its gingerbread old buildings. The entire town is actually designated an historic district. We stayed at The Inn at Crested Butte, a lovely little boutique hotel – and about the only hotel in town, as all the other big hotels and resorts are housed up the hill near the ski resort. 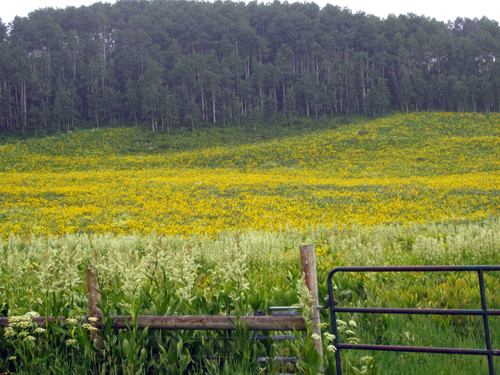 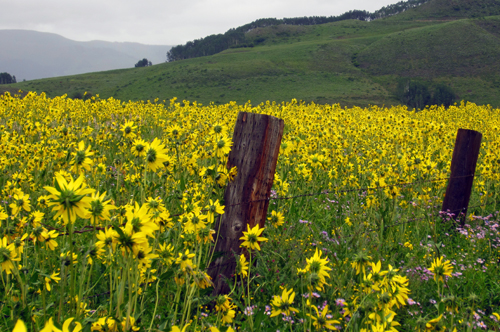 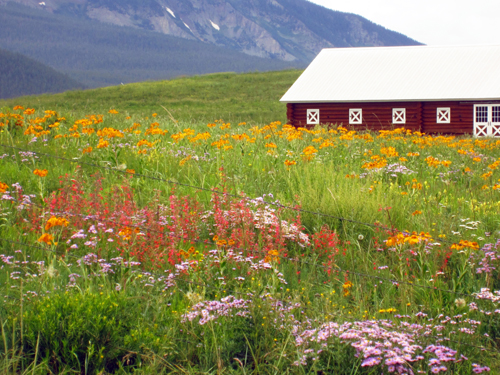 After you spend the 30 minutes it takes to see town, the real draw is the natural surrounding beauty here. We were just barely past the peak of wildflower season here and they are spectacular – almost impossible to capture in a photo. 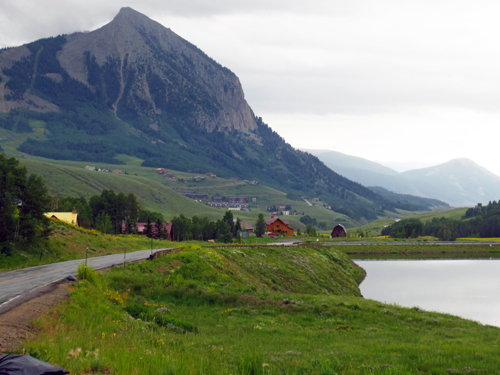 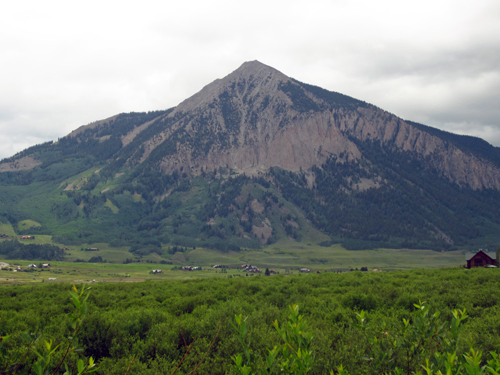 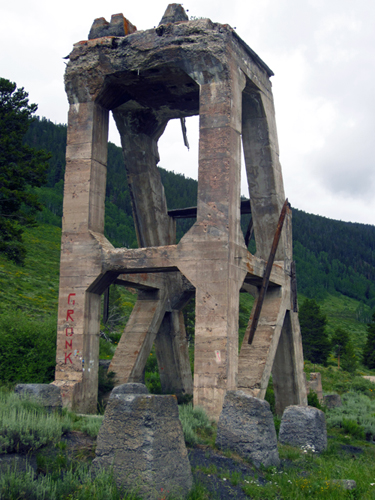 There’s plenty of hiking to be had around here – we opted for the very simple walk around Peanut Lake, the reclaimed land from the old Peanut Mine whose shaft still stands in memoriam. They did a wonderful job cleaning that up and beautifying the surround land. 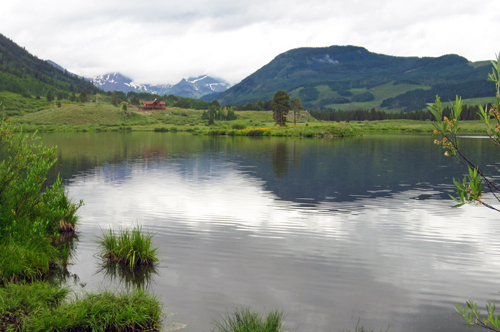 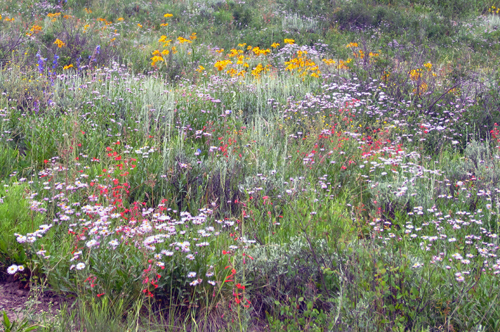 And despite the rain, we enjoyed the short walk down past the lake, passing the wildflowers along the way. 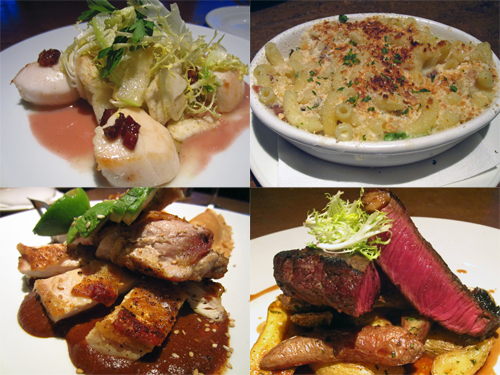 Despite being a small town, there are a number of high end restaurants, presumably serving the tourists who meander through and the retirees with (large) second homes on the golf course outside of town. Our first stop was East Side Bistro right on the main drag. It’s lovely inside, the service and food were great, especially that mac and cheese! 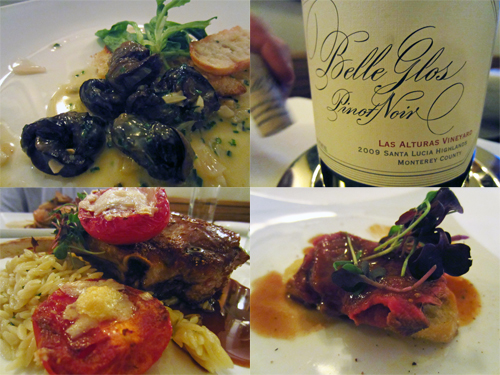 Our second night in town we ate at Soupcon, an historic restaurant in a tiny historic building in town where Jason is serving up world class cuisine. The escargot were stunning, even if my photos weren’t. 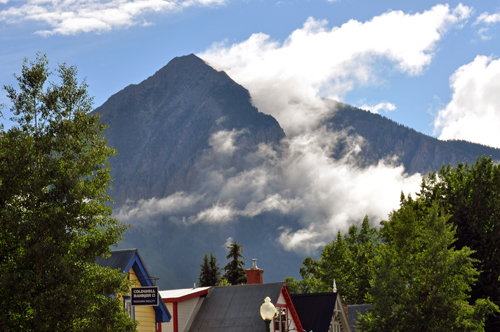 The morning we set to leave, the sun finally burned through the haze to reveal a cool shot of Mount Crested Butte. 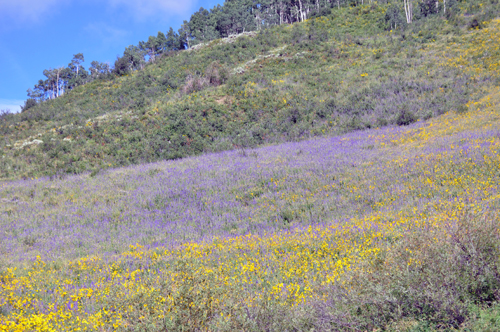 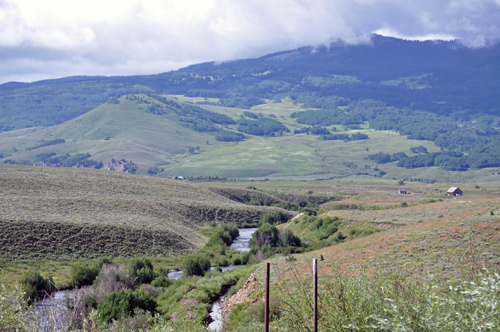 Before we headed on towards Ouray, we made a quick detour up the dirt road past the golf course to see what we had been told were a spectacular spread of purple wildflowers – they covered every hill on the one side of the road, and the other side dropped down to the valley dotted with ranches. 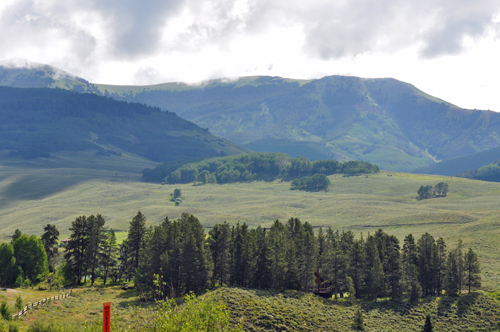 Crested Butte is cute and fun. They have free music in the park on Mondays in the summer and everyone brings a picnic spread to enjoy while the kids run wild. People are friendly, and you can walk everywhere. It was the perfect first stop for our southwestern adventure.