A Taste of the Caribbean – Callaloo Soup 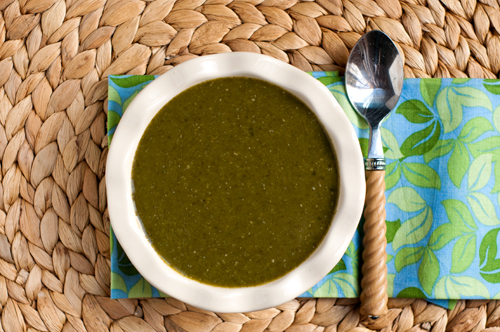 I just returned from sailing for a couple of weeks in the Caribbean with my husband and two other couples – to say it was spectacular would be an understatement. We traveled south through the Windward Islands, from St. Lucia all the way to Grenada, stopping at many islands along the way. From the very first place we went ashore I began seeing Callaloo Soup on the menu. Always intrigued to try what’s local to a region, I tried it – and I think at least one person in our group ordered it for every meal after that, it was that good. 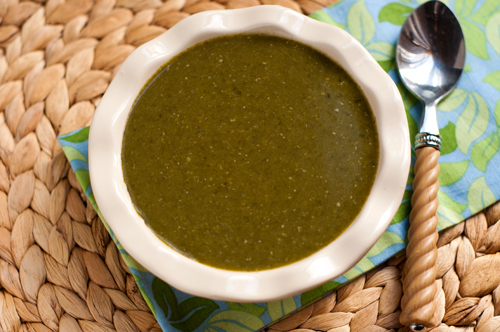 The main star in Callaloo Soup is the callaloo, which can be misleading. Locals told us it was a local kind of spinach. Online research reveals that amaranth or other greens are used, sometimes water spinach, and that callaloo is the term used to mean any of these greens used in the soup. I also learned that the soup was a created by slaves brought to the Caribbean – they utilized the local greens and mixed them with okra – something borrowed from their African heritage – to make Callaloo Soup. We had it in both thicker and thinner varieties – locals sometimes use the thicker as a gravy of sorts. If you try to find Callaloo Soup recipes online you’ll find that many are not a pureed soup, but rather more like a stew that uses greens, in addition to lots of things you’d find in the Caribbean like lobster. Since we only ever saw it as a pureed soup, that’s what I created the very first day I was back. I hope you’ll enjoy it as much as my friends and I did!