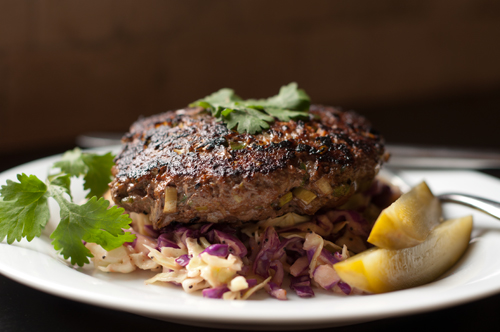 If you live in a climate that has a true winter like I do – snow, sub-freezing temperatures, icy winds – then you probably need an infusion of a little heat once in awhile, right? You can escape to somewhere warm like I did for the past two weeks (posts coming soon!), or you can simply add some heat to your food and hope for an early spring. 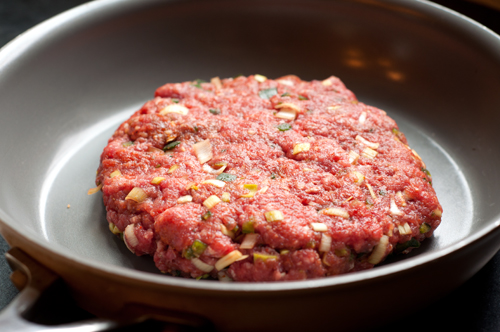 I got the idea for this burger right before I left for my trip. We were trying to eat up foods in our fridge and freezer before we left, and I found just enough ground bison for a burger in the freezer and half of a poblano pepper in the refrigerator. That was enough to set my culinary imagination loose. A little minced poblano, perhaps use up some of those leeks, and oh yea, I have some southwestern seasoning left from a recipe in the cookbook. 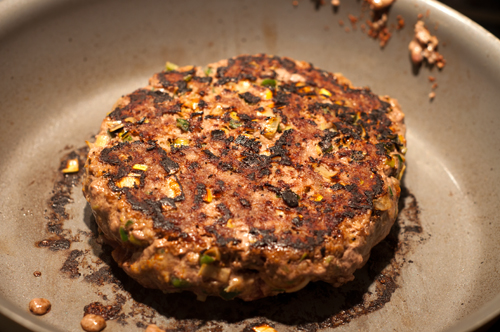 I like to cook burgers in my green pan (a Beka ceramic nonstick pan) because you can actually get a nice char without using oil, the meat doesn’t stick, and it cleans up beautifully. 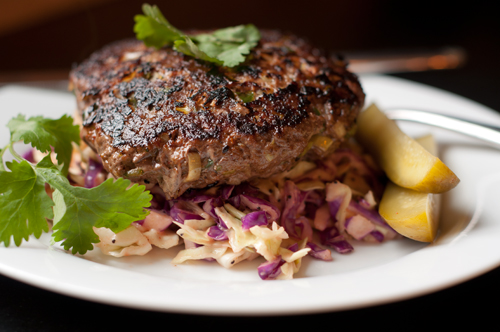 As I was staring at the purple and green cabbage also in the refrigerator, I remembered one of the chefs getting kudos on the last episode of Top Chef for using the same spice to cook her dragon beans as she had used in the stew. So I decided to make a quick coleslaw – cabbage, mayo, vinegar, poppy seeds, salt and pepper – and added a pinch of the southwestern seasoning to it. Surprisingly good, if I do say so myself, and a nice texture pairing with the burger which I perfer to eat sans-bun. Whatever you do, don’t forget the dill pickles!