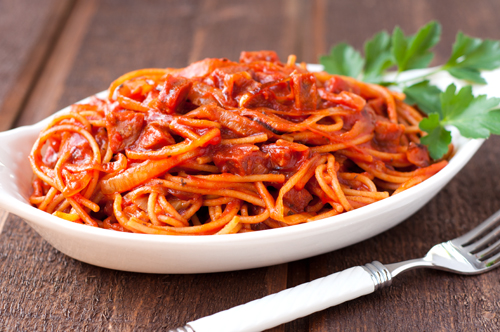 It’s no secret to anyone – not my friends, not my family, and I’m sure not you blog readers – that I adore just about everything about Italy. A tutor of mine when I was studying Italian once asked me why I wanted to speak Italian. When I responded that I wasn’t sure why, she said to me, “E nelle sangue,” meaning “it’s in your blood”. So when I was invited to join a group of bloggers to visit a local sausage producer who is making traditional Italian dry sausage, I knew I was in. 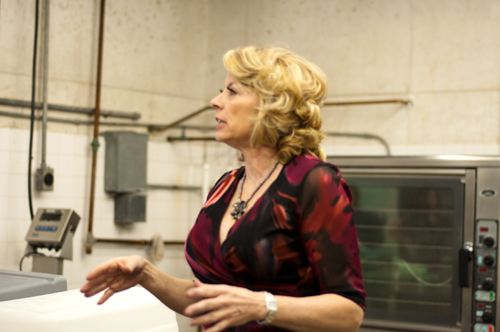 Katherine Laurienti is the President of North Denver Sausage. The business certainly isn’t new – her husband ran it for 30 years, making a very good uncured Italian sausage that was sold to many Denver area restaurants. But after he passed away, Katherine began looking for ways to grow the business in a sluggish economy, and decided to start making dry cured sausage. But that’s not an easy business to be in, thanks to the USDA. 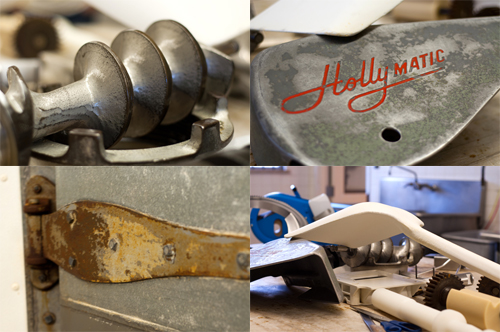 Just like the debates over raw milk and fresh cheeses, the USDA is largely at odds with traditional dry cured sausage producers. The USDA worries over safety concerns, and so insists on (in my opinion) ridiculous things like irradiation, but it’s clear they don’t understand the curing process well. If they did, they’d understand the interaction between acids, salts, and the curing meats. 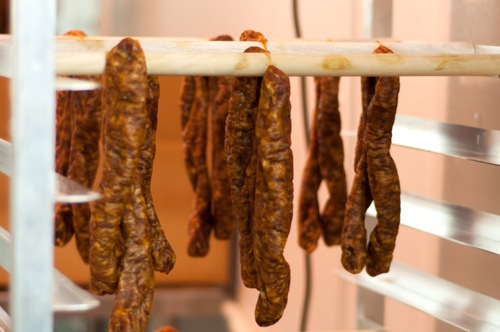 Not wanting to risk a shutdown, Katherine plays by the rules. That could mean daily inspections which one could argue ensure cleanliness and safety of the food produced. But what about the rules that say they can’t operate on Sunday and that they can only touch meat between 6am and 2pm? Those are clearly political agendas playing out in the USDA guidelines. 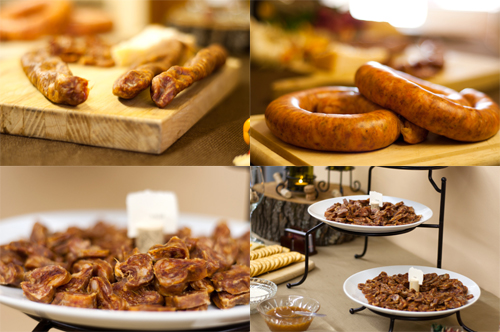 Katherine invited us to sample her products – both the uncured Italian sausage cooked old style with peppers, onions, and potatoes, as well as her new dry cured products. We sampled both regular and hot, as well as a salami, and even had the chance to pair such unusual things as marshmallow fluff with a spicy piece of sausage (which was surprisingly good!). 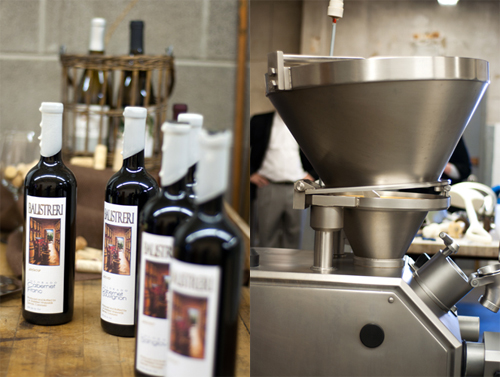 Balistreri Vineyards, who was opening a new tasting room that same day, provided some wines to pair with the tasting. And while we were sipping and nibbling, Katherine told us about an elderly Italian client who shared with her that he likes to simmer the dry sausage in marinara sauce to rehydrate it a bit. There you go – recipe inspiration struck for me. 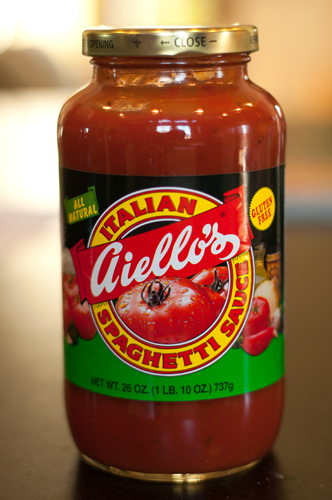 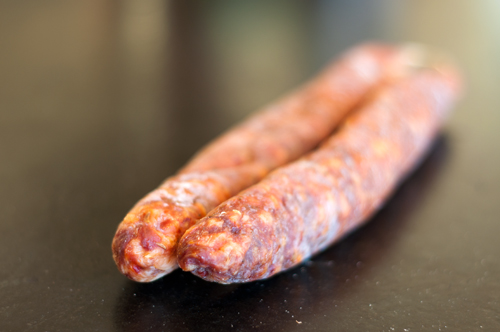 When we left the tasting we were given cute gift baskets with some Italian products in them, including a jar of Aiello’s marinara sauce and of course some of the dry cured sausage. Amatriciana is a classic pasta dish that usually has onions, pancetta, garlic, and red pepper flakes in the sauce. Since the sausage had plenty of garlic taste and heat from the peppers, I simply diced that small and simmered it in the marinara sauce to soften it. 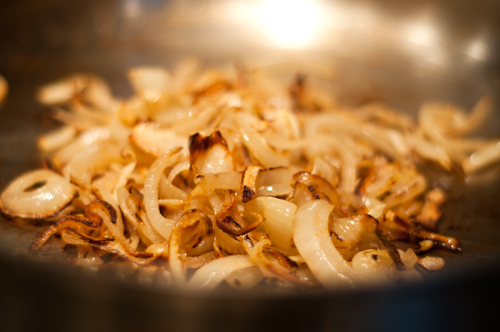 While that was simmering, I slow cooked some thinly sliced onions until they were nicely caramelized, then added them to the sauce. 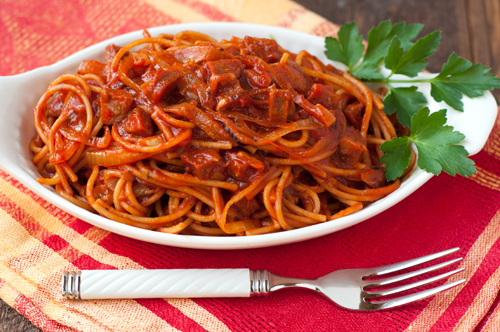 When my spaghetti was nearly al dente, I drained it and simmered it in the sauce for a minute to finish cooking it. Spaghetti Amatriciana Style, using sausage from a local producer – tastes delicious and just feels right!