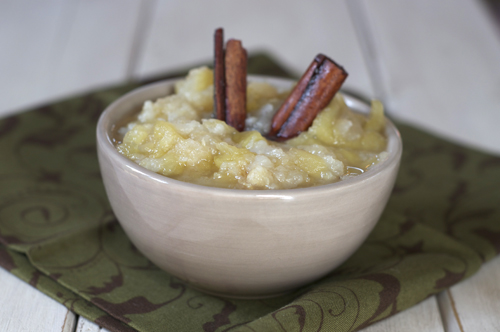 Somehow the holidays seem to inspire people to send fruit. Don’t get me wrong, I love fruit, and am sure most of you would love to have some great fruit sent to you. But when two people living alone are faced with a dozen pears and a crate of apples all at the same time, something has to be done! I came up with this simple reduction thinking the cooked fruit would last a few days later than the overripe pears in my refrigerator. I threw in a couple of apples because they seemed to be going a bit soft. And why would you ever make applesauce without a couple of cinnamon sticks, right? If you want a simple fruit dessert or side dish that’s lighter than the heavy holiday desserts you might have indulged in, give this a try!