A few weeks ago I attended what I consider to be the best foodie fundraiser event in town, Chefs Up Front. Chefs from the top restaurants in Denver and Boulder cook gourmet meals table side for a small group of ten guests, all paired with great wines. The meal stands in stark contrast to the families it benefits, those families suffering from food insecurity – you might know that as struggling with hunger. But you might not be that knowledgeable about hunger in America, in particular about childhood hunger. Here are some facts: 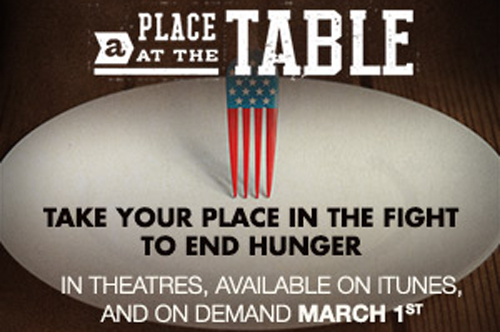 The film A Place at the Table was recently released to try to educate us about the issues of hunger in America. While hunger was nearly eradicated 50 years ago, continual cuts to the safety net programs that were put in place at the time have resulted in a tragedy in our country. As Jeff Bridges says in the film, “If another country were doing this to our children, we would be at war.”

Today, in support of spreading the message about the challenges of hunger in American, bloggers across the country are coming together to dedicate a post to this important challenge we face. (Check out all the bloggers in support at The Giving Table.) So as I relay to you the incredible meal that our chef prepared for us for the Chefs Up Front fundraiser, I would ask you to keep in mind what it feels like to be a child in school who may not have eaten anything for over 24 hours. Or how it feels to be a young mom taking buses for 90 minutes just to reach a store that carries any vegetables of any sort. Or how it feels to be a parents struggling to feed their family on just a few dollars a day. And then I’d ask you to take action: 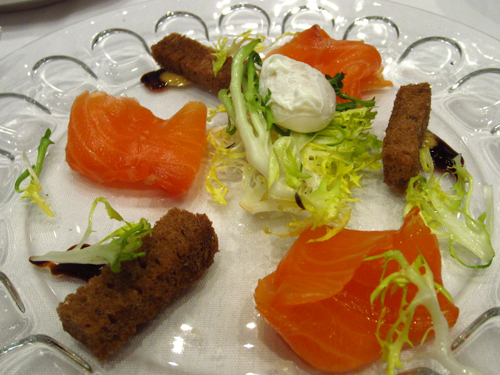 House-made Gravlax, Poached Qual Egg, Frisee, Golden Chicory Essence
I chose the chef from Snooze, a popular breakfast joint in Colorado with several locations now, as our chef because I knew it was would be surprising for my guests. ChefÂ Joseph Strelnik, originally from Johnstown Pennsylvania, beganÂ hisÂ career in some of Johnstown’s finest restaurants including the Incline Station and the Boulevard grill. 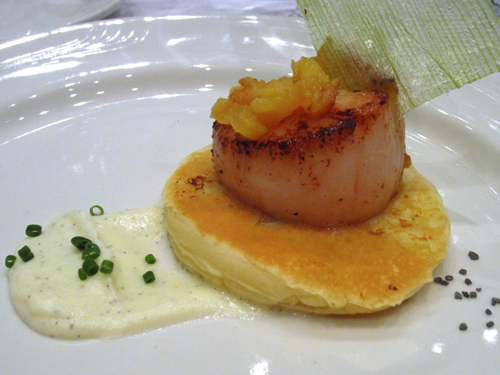 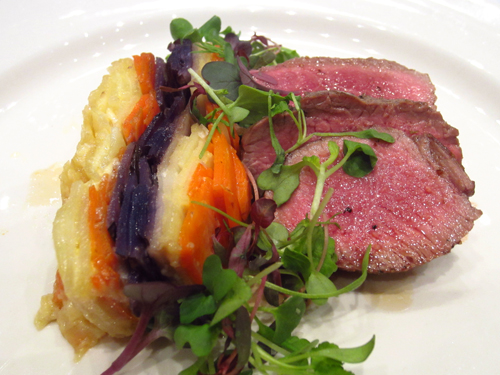 Pan Roasted Lamb Loin, Root Vegetable Daffinoise, Coffee Jus, Fine Herbs
After several years working in fine restaurants in Europe, he joined Norwegian Cruise Lines and headed up the fine dining division of the Pride of Aloha in Hawaii. After a few years in paradise – and with a quick stop in Vegas to work as a sushi chef – he was lured to Colorado as part of the opening team for Snooze, Fort Collins. 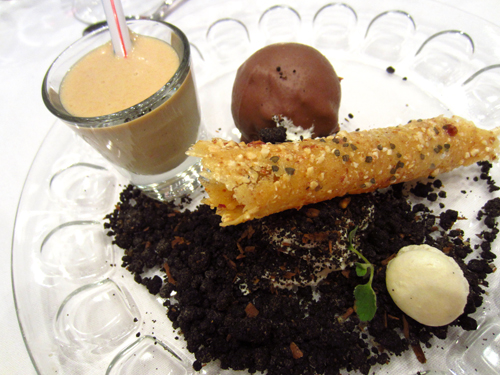 Peanut Butter-Chocolate Truffle Cake, Cocoa “Soil”, Salty Peanut Brittle,
Micro Mint, Peanut Butter Milshake
His menu for the evening was five star calibre, and offered a nod to breakfast with each course as you can see. I’m grateful not only that I had the chance to experience his creative food, but also that I don’t experience hunger on a daily basis like so many in our country do. Thanks Chef for doing your part to help end hunger in America!

Special thanks to Nicole from The Giving Table for organizing this event!