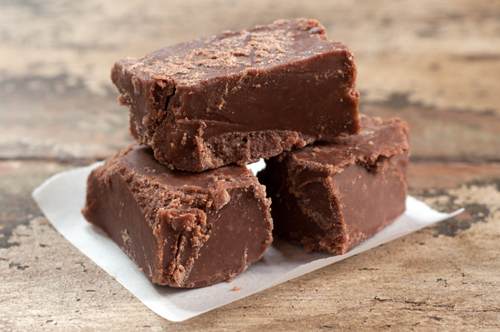 There is something about the holidays that transports us to our childhood memories. Perhaps it’s seeing old family ornaments hung on the tree. Or maybe it’s pulling out your grandmother’s Christmas china for a special dinner. Or maybe it’s just the simple gathering of loved ones and the inherent reminiscing that happens. No matter what the cause, this Christmas, as my husband and I were alone until Christmas night, I found myself thinking of my childhood, and inevitably of the treats we used to make as kids at that time of year. 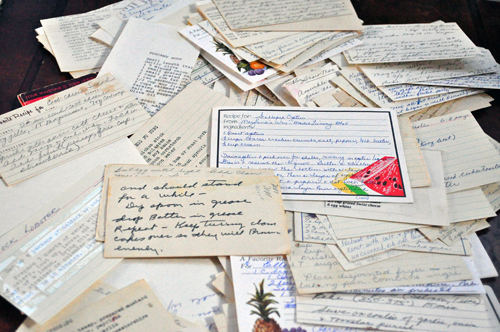 You may remember some time ago when I moved my parents out of their home, I came across all of my mom’s old recipe cards and cookbooks. In that stash was a simple little paperback collection of recipes from our elementary school in Indiana. And it contains this classic simple fudge recipe that we made as kids each Christmas. 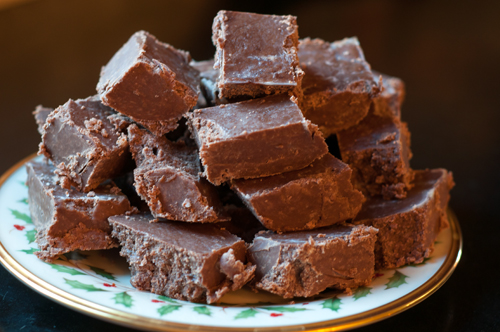 I made a double batch this year – don’t ask me why, as now I’m faced with throwing it away just so I can stop eating it. I’ll take a plate of it up to my sister today since she’s been sick and missed the holiday completely. And I’ll share a few pieces with my friends. And I’m guessing I’ll sneak in at least one or two more pieces before calling it quits. Childhood treats like this made later in life are the epitome of comfort food. I think I’ll go get a piece right now to have with my coffee!