I seem to be alone here – alone, that is, in that I like making resolutions at the start of the year. Every food blog I read has been starting with a definitive statement about “No resolutions here!” Maybe I should follow suit, because I’m not off to a very good start as far as eating healthy. It’s not that I don’t make healthy foods – it’s that I surround those meals with potato chips, cookies, chocolate and wine – none of which are helping my waistline! 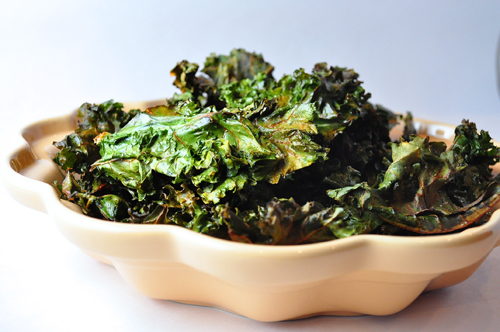 Thankfully, I’ve found a new food that seems quite in vogue this year – kale chips. Haven’t ever heard of them? Neither did I until a mom brought them to one of the school cooking classes I was doing this fall during harvest season. The kids weren’t much into them – they are a bit bitter – but they make a heck of a good substitute for potato chips, so I’m sold! 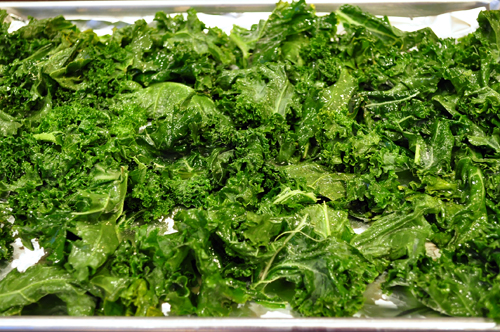 Begin by stripping the kale leaves from the thick stalk in the middle, then tear them into bite sized pieces. I’ll warn you, I figured bigger pieces would be ok, but found they completely crumble when you try to get them into your mouth, so make sure they are bite size to start and you’ll thank me later. Toss them in a large bowl with just enough extra virgin olive oil to lightly coat them (I used maybe 1-2 tablespoons at most on a large bowl of leaves), then spread the leaves out in as close to a single layer as possible on a baking sheet. 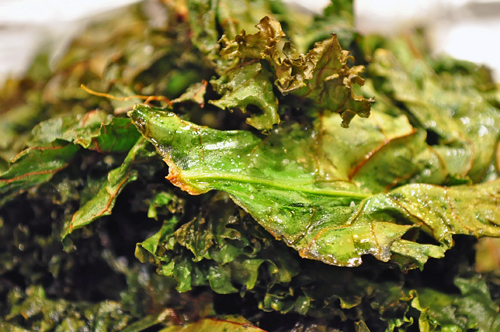 Here’s tip number two (aren’t you glad you can learn from my mistakes? It’s like I’m my own little test kitchen flying by the seat of my pants here in Denver!) Bake them on a low temperature, like 200-250 degrees F. I began at 350 and they started to burn on the outside edges before they were dried out. The trick is a low and slow baking process to dry them out – and it doesn’t take all that long because they are thin, so check them every 10 minutes or so. 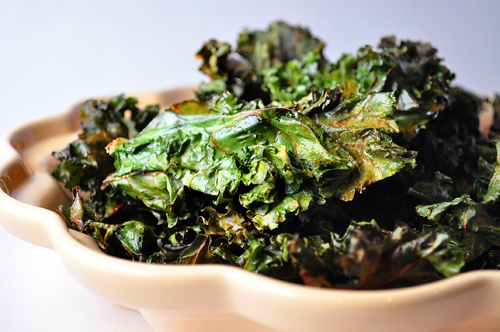 Remove from the oven and sprinkle with some sea salt and enjoy – guilt free! So am I totally alone in making resolutions this year, or did any of you do the same?