I have an old journal where I started writing recipes down when I was in college (ahem, that’s a few years ago). I added recipes for my childhood neighbor’s English toffee, my mom’s cheese ball, my roommate’s apple pie, a young colleague’s favorite appetizer, and eventually, the recipe for my mother in law’sÂ party spinach. I’m sure it was named this because it was the “fancy” version of spinach you put out when you wanted to impress your guests. It’s still one of my favorites today. 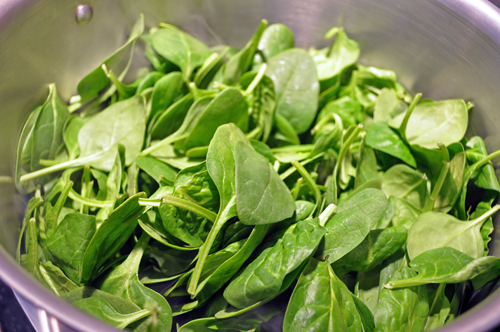 Begin by sauteing fresh spinach (you can use frozen, but I really think fresh is better). 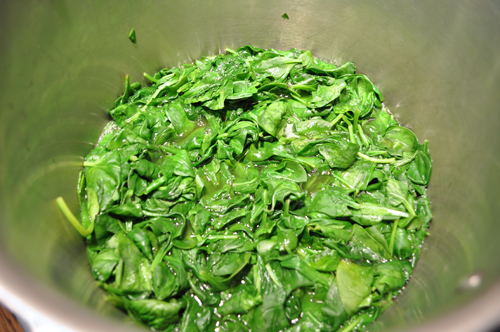 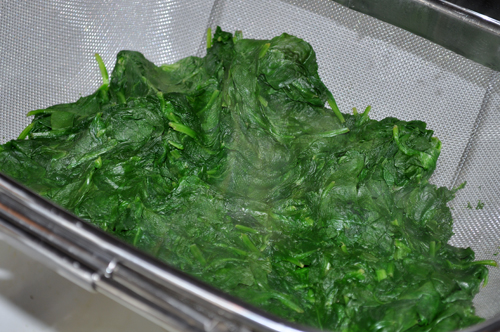 …remove it to a strainer and squeeze out all of the excess liquid. Chop it up slightly, add the remaining “party” ingredients, and pour it into a buttered casserole dish. 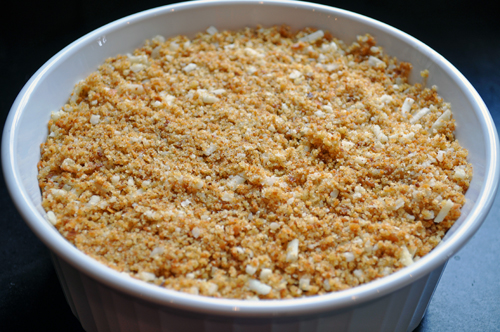 You can top it with ordinary bread crumbs, but I found that if I ground up my Garlic CroutonsÂ in the food processor they made a killer topping. My dad HATES cooked spinach (something about the nuns of his childhood forcing him to eat it), but he actually had some of this on Christmas because he wanted that topping. Try this for your next dinner party and see if you friends are impressed!

Cook spinach just until wilted, drain, squeeze dry and chop roughly. Heat butter in a large skiller over medium high heat, add mushrooms and onions and cook until softened and the mushrooms have released much of their water. Combine spinach, mushrooms and onions, mayonnaise, sour cream, 1/2 cup of the Parmigiano and stir together. Pour into a buttered casserole dish. Combine remaining Parmigiano with the bread crumbs and pour over the top. Drizzle with melted butter and bake at 350 degrees until bubbly and cooked through, about 45 minutes.