I’m catering a party tonight for fifty people tonight for a friend. For me, there isn’t really much I’d rather do than cook (and nibble) all day, so it’s been fun pulling together all of the dishes and getting organized. This crostini is the first thing I made this morning and I decided to snap a shot of it and have a sample before I packed everything up. 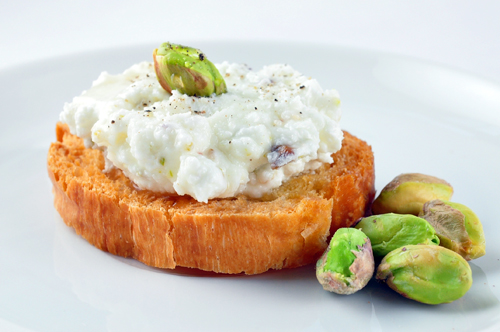 I don’t see pistachios called for in many recipes – seems like it’s always walnuts, pecans, almonds or pine nuts – and I can’t remember where I originally got the idea for this, but I recall the original recipe had you sprinkling the nuts on top. I decided my service tonight will be faster if I stirred the nuts in, so that’s what I did. I also think the original recipe called for honey, but I’ve opted to use agave, my new favorite sweet friend. 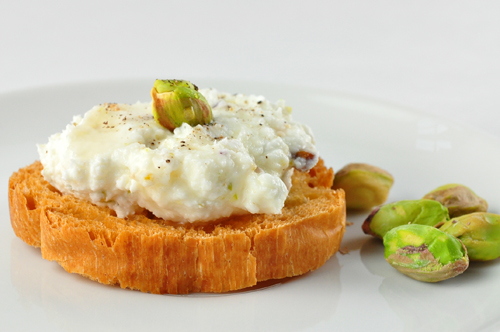