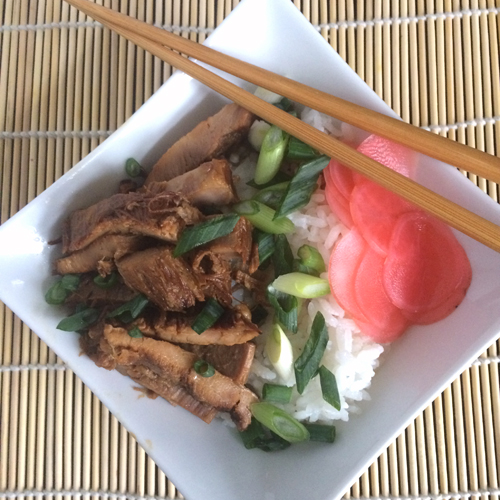 Earlier this month I snagged tickets to the Cochon555 event in Denver. It’s part of the Cochon tour – an overall organization with a mission to teach the world about heritage breed pigs. I buy pork directly from my organic CSA, Monroe Farms, and am thrilled with the Berkshires they raise. The meat just tastes better than the bland store-bought pork you’ll find that’s been commercially raised. So in a rare moment of cosmic timing in the universe, I picked up my most recent pig from the butcher on March 1st, made pancetta and braised pork belly on March 8th, went to Cochon555 on March 9th, then ate this for dinner on March 10thâ€¦and then again for lunch on March 11th and then again for lunch on March 12th, because it was that good. 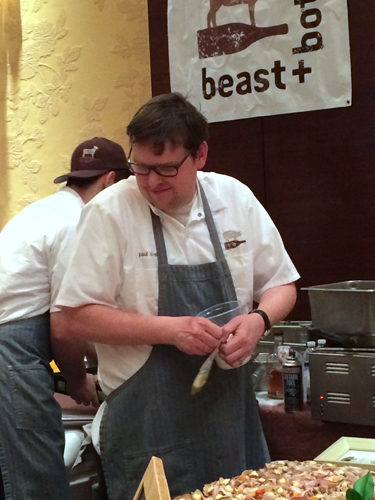 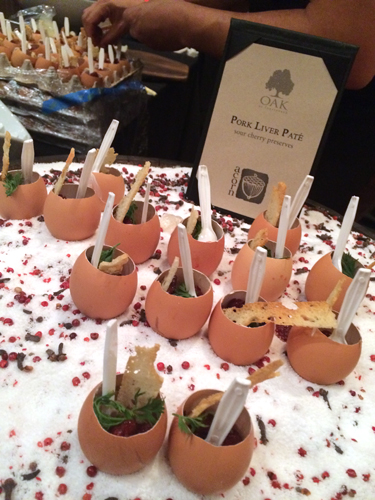 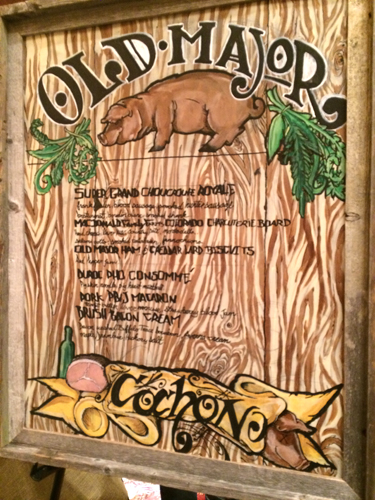 Through the allotted 90 minute feeding frenzy, each chef put out about 8-10 things to sample, using as much of the pig as possible, and showcasing the superior tastes of heritage breed pigs. Five winemakers (and lots of mixed drink purveyors) serve up libations while you hop from one tasting table line to the next. 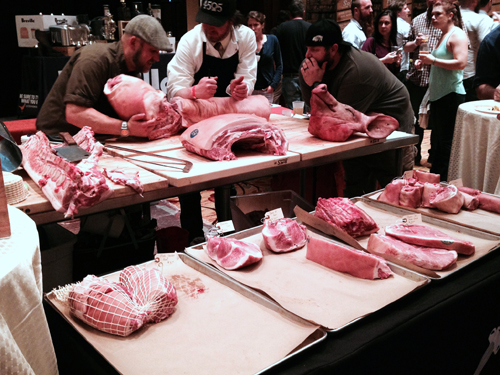 There was also a live butchering demo on a whole hog and a pop up butcher shop selling those cuts on the spot. I was in heaven at an event like this, so it’s no surprise that I was inspired before even going to get in the kitchen and cook some pork. 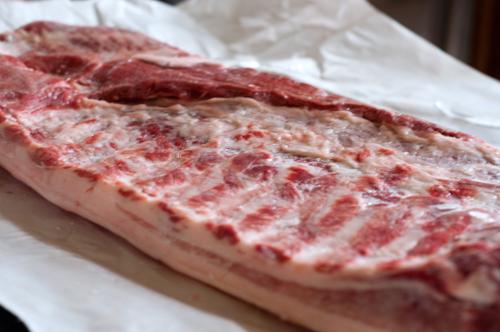 I actually have two bellies in my freezer, so I had already decided to make my homemade pancetta with one of them. It’s resting nicely in its curing spices in the garage refrigerator. 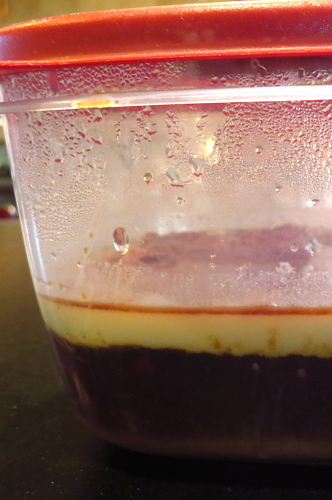 Almost every chef I’ve seen serves pork belly with a quite thick layer of the fat on top of the sliced cooked meat. I just find that to be too much fat, so instead I like to slow braise the pork the day before, remove it from the braising liquid and cut off any unrendered large layers of fat, and the return the meat to the braising liquid and refrigerate it overnight. This allows a substantial amount of rendered pork fat to float to the top (as you see in the storage container above) and it can be easily removed prior to finishing your dish (which really just requires a simple reheat in the microwave or on the stove). 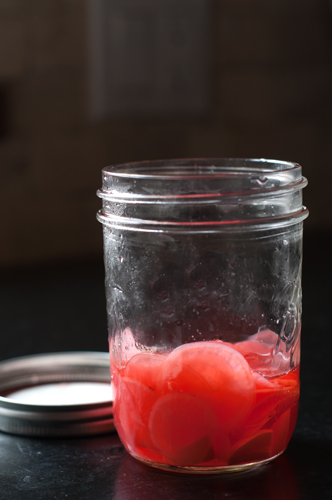 I think quick pickled radishes complement the Asian flavors in this dish, and they are simple to make. I’ve included that recipe along with the pork belly. 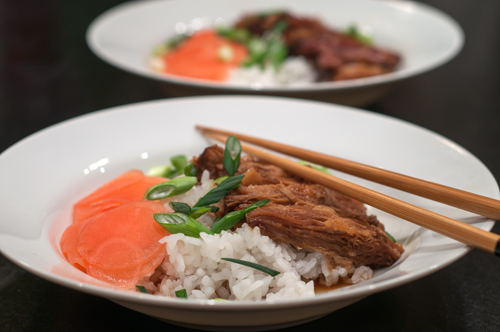 My husband on more occasions than you might think says my cooking is just too over the top – he’d rather eat a simple pasta dish or a bowl of green chile. But he actually went back for seconds on this one. The soy-mirin broth is strongly flavored, so it’s best to serve the pork with simple white rice, and the green onions and pickled radishes give it some freshness and a nice bite. I have that entire other pork belly in the freezer – perhaps I should just make the whole thing like this for next year’s New Year’s Eve dinner for friends?!