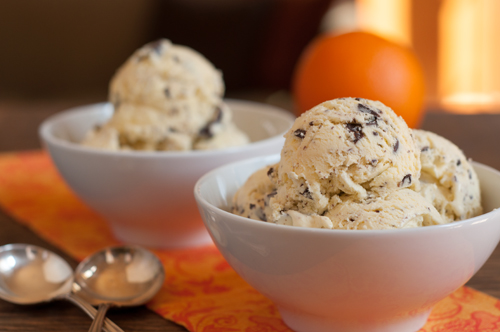 A few years ago in Europe, the EU established today as Artisan Gelato Day. All around Europe today gelaterie were offering this year’s signature flavor – Stracciatella d’Europa – in honor of Enrico Panattoni, the inventor of the popular stracciatella flavor, who passed away last year. I love gelato, I love Italy, I love stracciatella, and I knew I just had to make my own version for today’s celebration. 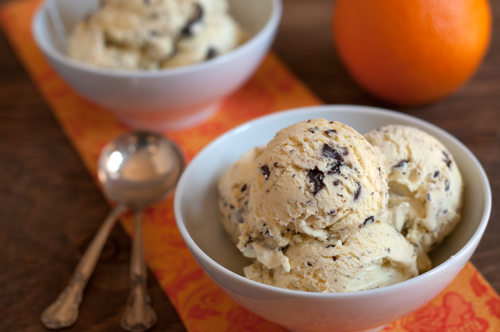 I made mine with an orange flavor the way the EU made today’s version, but I also used some buttermilk, both because I had some in the fridge to use up and because I like the taste in ice cream flavors. The orange pairs really nicely with the dark chocolate, but you could also use vanilla extract if you want a more classic stracciatella flavor. Now if you’ll excuse me – I’ve got a bowl of gelato calling me from the other room! 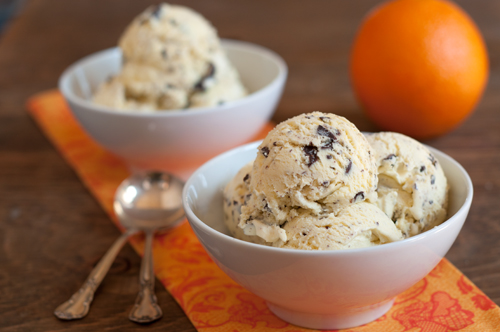