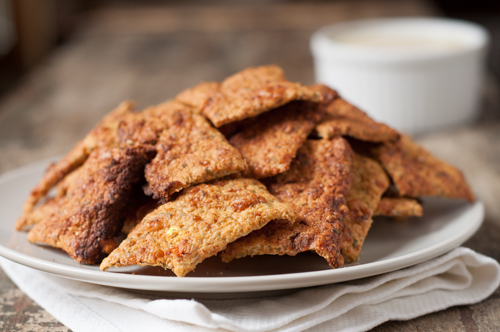 Were you pulled into reading this blog post just by that title alone? Are you confounded to figure out how to make a cracker from a vegetable? Do you love cauliflower? Then read on! If you don’t like cauliflower, you can probably stop reading right now, as the crackers do taste very much like cauliflower. And warning: the plate of crackers can be quite addicting, but if you eat the whole plate, you’ve just eaten a whole head of cauliflower and your digestive tract is going to rebel! 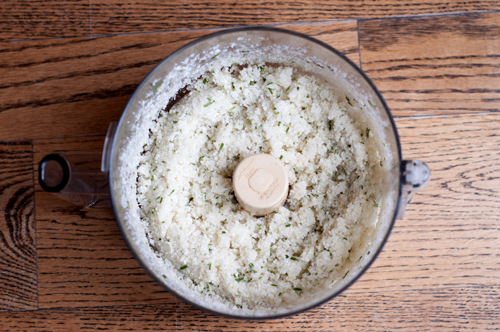 I started down this path because a friend posted a pizza on Facebook made with a cauliflower crust. That seemed intriguing so I started researching and found a bunch of recipes for this grain-free alternative to pizza. I decided to take this a step further and see if I could actually make crackers. You start by pulsing the cauliflower and rosemary in the food processor until it’s nice and finely chopped – you’ll see these referred to as cauliflower “snow”. 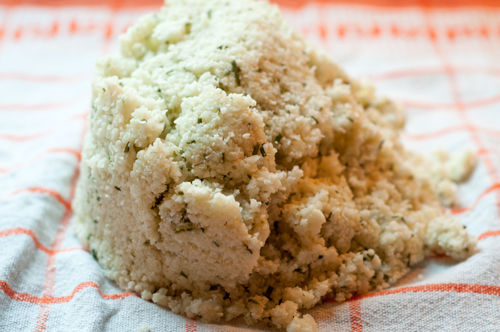 The “snow” gets microwaved for 5 minutes and then dumped onto a clean kitchen towel to cool enough to handle, before tightening up that towel around it and wringing out all the water you can. I got about 1/3 to 1/2 cup of moisture out, and the more you get out, the faster your crackers will crisp up. 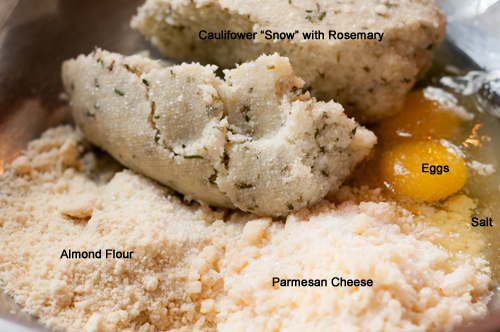 Next you mix the wrung-out “snow” with some almond meal, Parmesan, eggs, and salt… 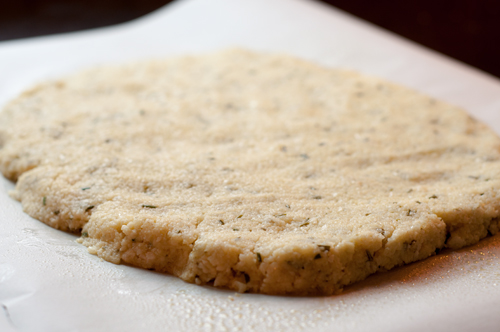 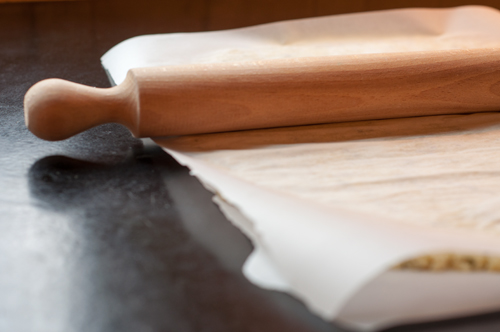 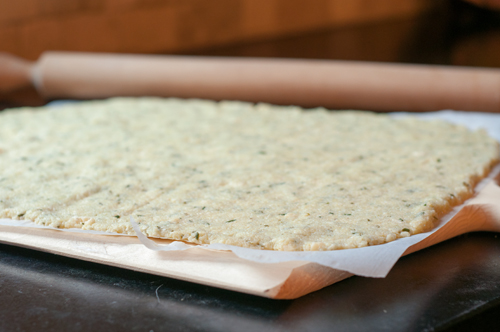 Lay another piece of parchment paper on top and gently roll the dough to the edges. Remember, you want it tight and even – no holes, no lumps – and then slide a pizza peel underneath to transfer it to the hot stone in the oven. 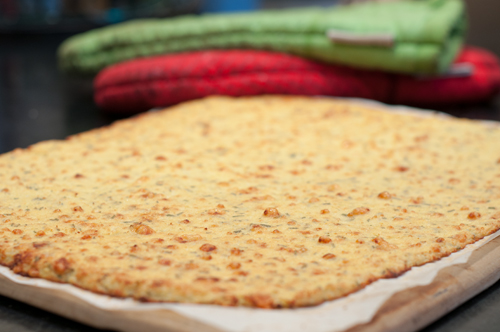 Bake at 400 degrees for 10-15 minutes until it’s slightly firmed up and just turning brown and then remove it from the oven (on the pizza stone to make transfer easier). 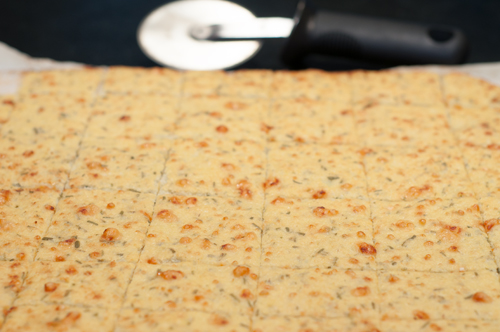 Use a pizza cutter to cut it into whatever size crackers you’d like, and return the entire stone to the oven to bake for 10 more minutes. 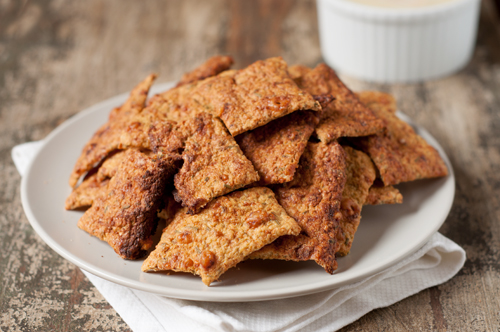 Then you’re going to turn the oven off and after 30 minutes, flip the crackers, close the oven, and let them continue to dry overnight. It helps if you can leave the light on in the oven to keep just a bit of heat going. By morning, your crackers will be nicely browned and crisp. Enjoy on their own, with dips, or as part of a veggie platter.