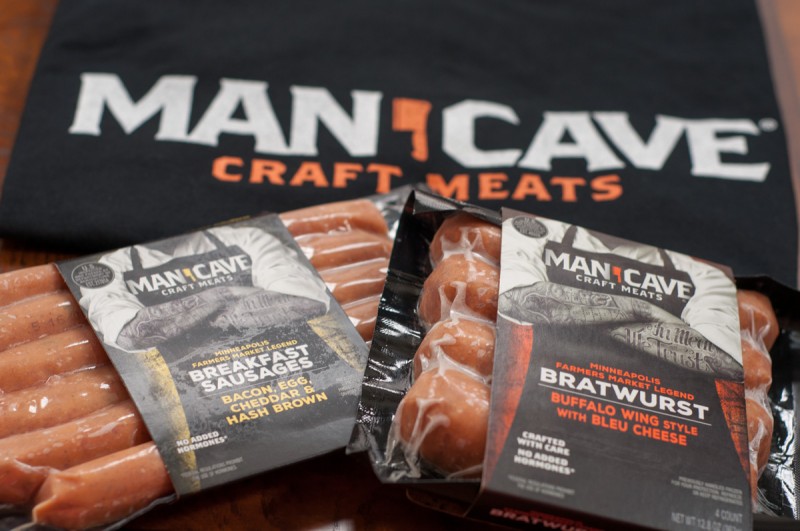 Happy Super Bowl Sunday – and GO BRONCOS! Today is a big day for Peyton Manning – if the Broncos win today, it will be Peyton’s 50th win for the Broncos in Super Bowl 50 and his 200th career win overall. How can you not cheer him on to victory? In that spirit of support, I’m introducing you today to a producer of some mighty fine meats – Man Cave Craft Meats. They got their start at a farmers’ market in Minneapolis, but are expanding into Colorado. I’ve tried a couple of their products, and I think you’ll enjoy them. So I’m going to gift this t-shirt, some breakfast sausage, and brats to one lucky Broncos fan who comments below and tells me why they are confident the Broncos can win today! (Winner must be in the Denver front range area to arrange delivery of the products.) Go Broncos!