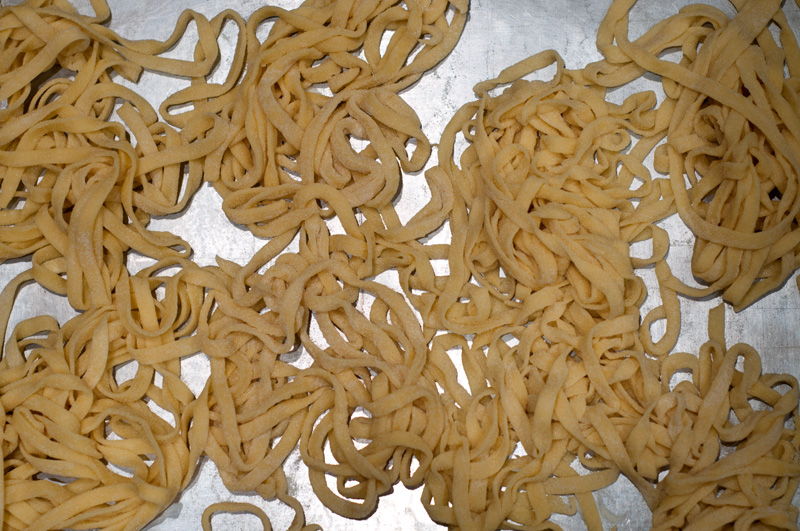 I take people on a grand food and wine adventure to Italy every single year – in fact, I’ve been to Rome about 15 times, and am returning this fall to the cooking school in Puglia to stay at a castle with my guests while we cook and eat and drink to our hearts delight. There is still room in the trip – contact me if you’d like to join us! And despite making our pasta every single day for lunch and dinner while we are there, and despite doing that repeatedly on all of those trips, I rarely make it at home. 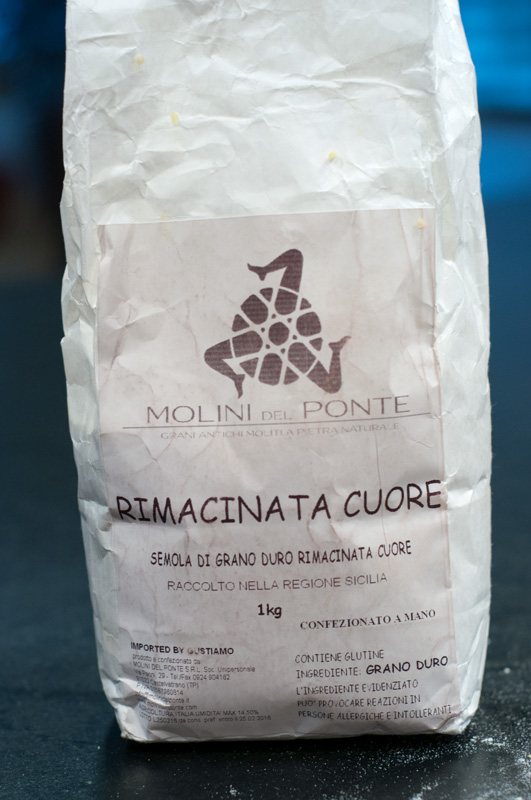 The biggest hurdle has been trying to find the very finely ground hard durum wheat flour that is used in Italy. Most flours I’ve found in the regular stores in the US are too coarse, making it hard to roll the pasta into a thin sheet. But since meeting my friends at Gustiamo, I have finally found the perfect product, imported straight from Sicily. 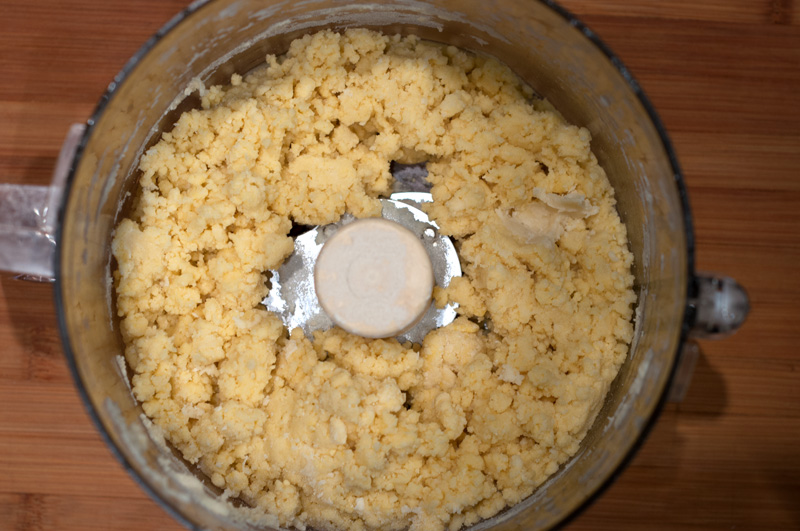 I also found that I can create the dough for egg pasta in about 10 seconds in a food processor, making the entire process so much simpler. Just pulse a few times… 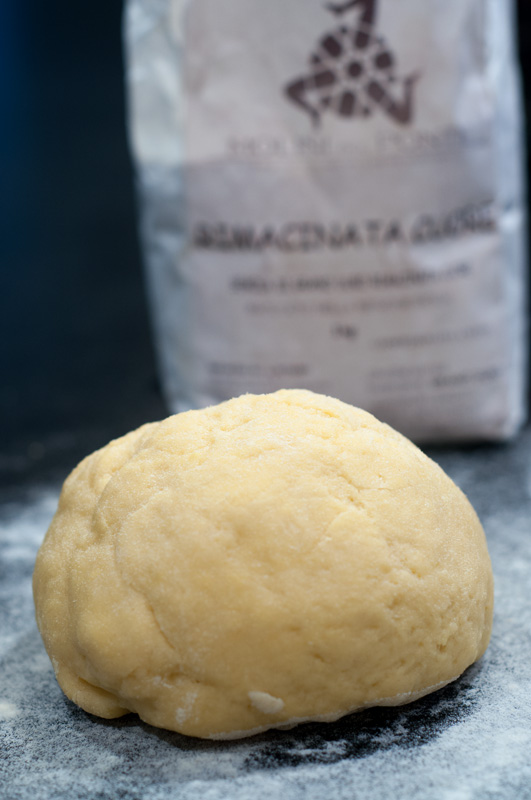 …and then turn the dough out and knead it a few times until you have a smooth ball. The beauty of having a pasta roller – either a hand crank one or the version that attaches to your KitchenAid – is that the roller will do much of the kneading and rolling for you. Divide the dough into 4 pieces so you have something smaller to work with, and roll it through on the thickest (widest opening) setting, then fold the dough in thirds like and envelope and repeat a few more times. This process will not only knead the dough, but will make it much smoother and elastic to work with.

On the final pass through, turn the piece of dough so that the raw edge is going through first (a folded edge towards you), and then pass the dough through each successively smaller setting until you have a very thin piece of dough. With the dough you can either use as is to make ravioli (coming up soon!) or pass through a fettuccine or linguine cutter (above). Toss the prepped pasta with a bit of the flour so that it doesn’t stick and either cook right away in salted boiling water, or nest like I did on a tray until you are ready to cook the pasta later in the day. When it floats it’s pretty much ready to eat, so don’t overcook! 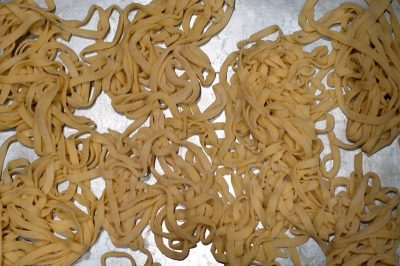