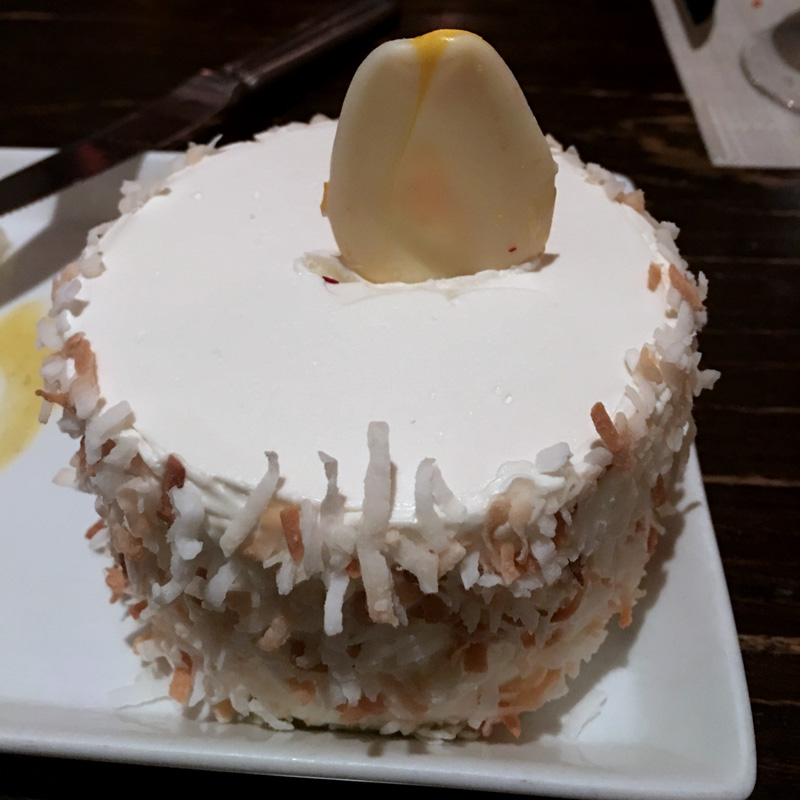 When I was in Kiawah with friends earlier this year, we enjoyed this delicious coconut cake at the Cassique golf club restaurant. We all loved it, our friends managed to get the recipe for me, and I made it for them this weekend. Well if I’ve said it once, I’ve said it a thousand times, I’m really not a baker. Part of the challenge comes from trying to translate a restaurant recipe, in volume and weight, to a home recipe, with measurements. I double checked everything, but I still think the combination of their equipment, and their pastry chef, made theirs turn out so much better. But, I served this for dessert for a dinner party on Saturday, and everyone ate at least one piece, and one guest actually said it was the best cake she’s ever had. Not sure if that was the wine talking, but I guess I’ll go ahead and share my version here based on that review! 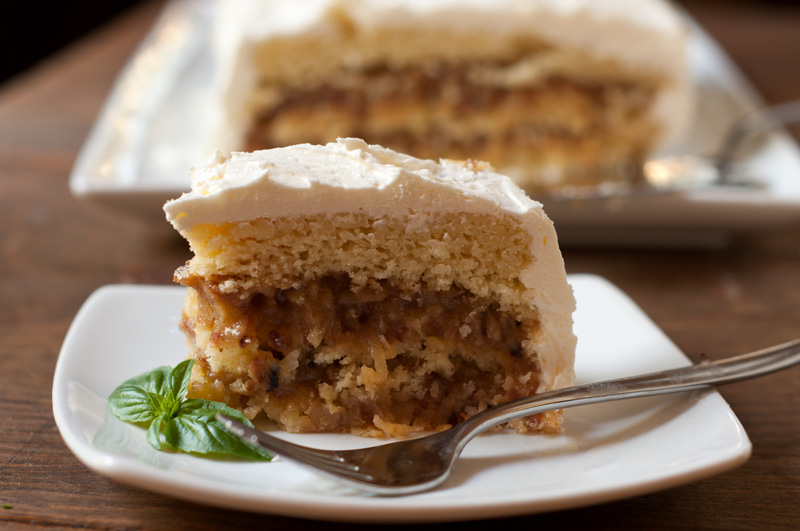 I wish I had found that restaurant photo before making this cake, as I now see that they made small individual layered cakes, instead of one big one – which would explain why I had trouble handling the cake. The recipe calls for cooking the cake portion on a rimmed baking sheet (jelly roll pan) and I cut it into 3 large pieces to layer with the filling – those were very delicate to handle, and I would recommend you cut the cake into smaller pieces to layer, or make 2 cakes instead of one, or even cut circles from the cake and make smaller, individual cakes like the restaurant. My other challenge was that the restaurant recipe calls for baking the cake for only 10-12 minutes – mine was still batter at that point, so I continued to bake it until a toothpick came out clean, which was about 20-25 minutes. Still, it’s a very sticky, moist cake, so don’t think you’ve done something wrong when you discover that texture. And with that, I give you the Coconut Cake from Cassique in Kiawah – now say that ten times fast, ok?