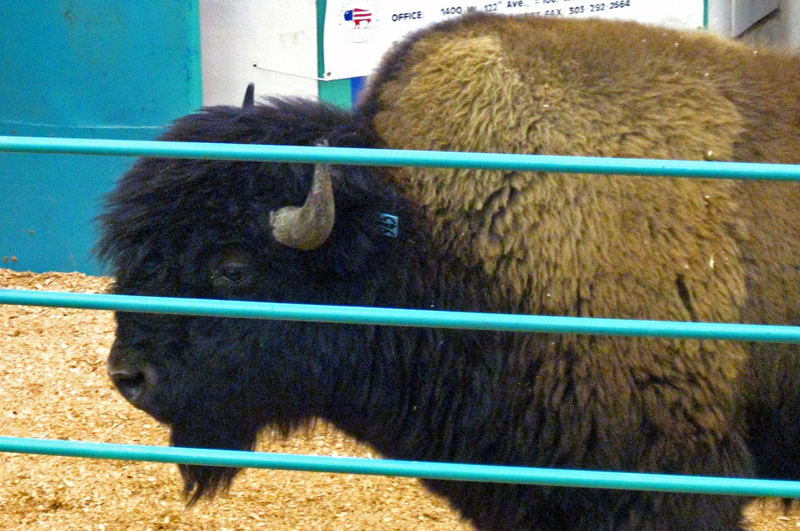 Each year I join a group of people to bid on Colorado raised bison at the National Western Stock Show’s Gold Trophy bison sale. It starts with auctioning off the animals that were already judged on their quality – everything from overall hanging weight to fat color, marbling, and tender score – and our group buys several animals that we split into shares of about 50 pounds of bison meat, enough for about 1 dinner of bison a week during the year. Often these animals are raised by kids in a 4H program and the money goes towards their college savings, so it feels good supporting them. 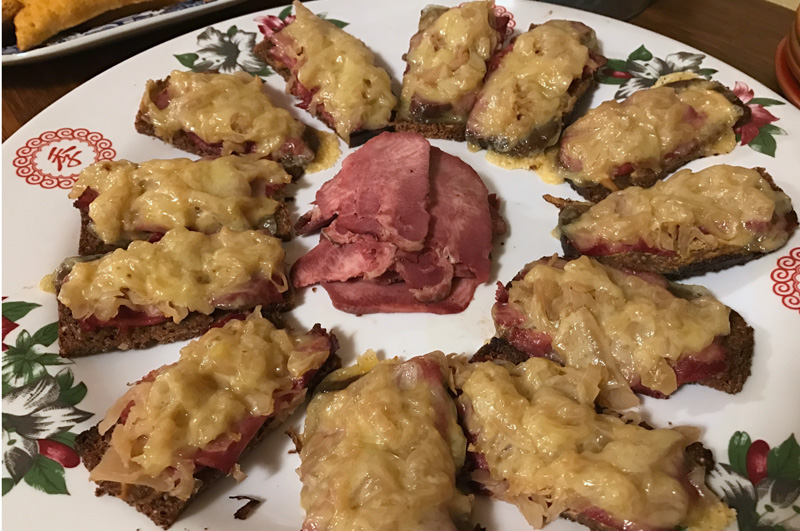 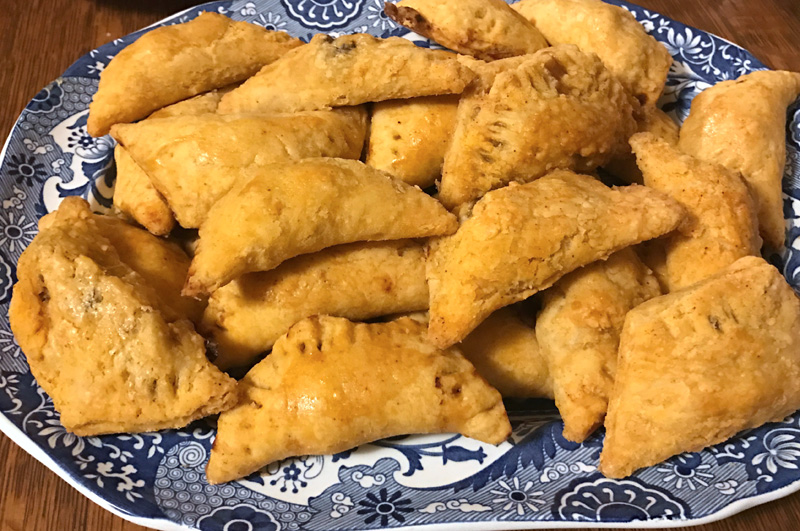 My friend Andy who works for Slow Food on a national level organizes the effort, along with a bison dinner to celebrate afterwards. This year’s dinner started with bison tongue mini reuben and empanadas, both savory and surprising. 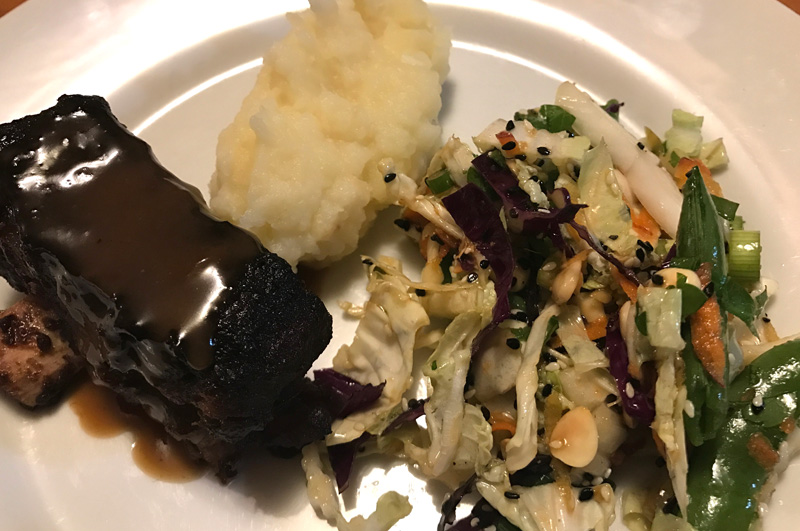 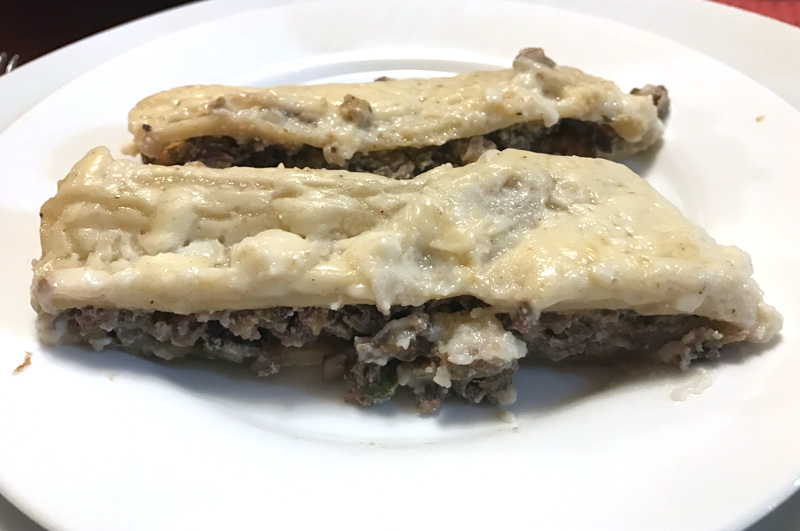 My contribution were these decadent bison and mushroom cannelloni baked in béchamel sauce. 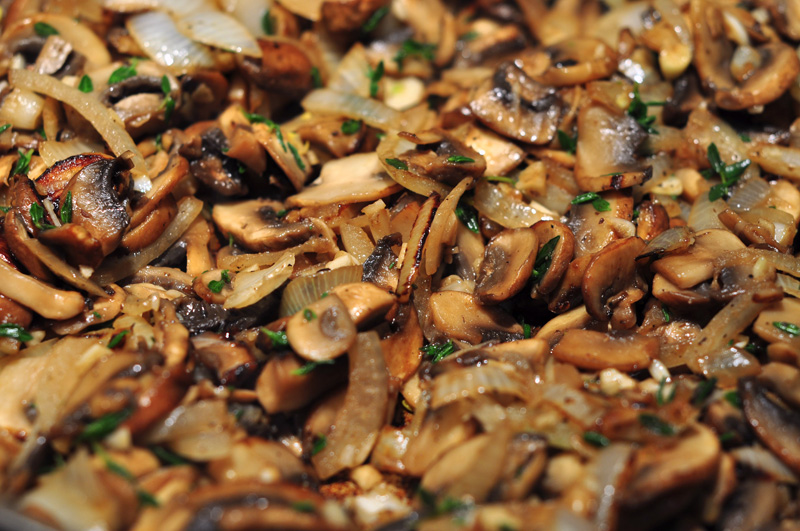 If you have vegetarians in the group like I did, cook the mushrooms and onions first in the pan so that you can pull some out for stuffing some of the cannelloni without the bison meat, then cook the bison in the same pan. I split all of the ingredients, 1/3 for the vegetarian version, and 2/3 for the bison version, and ended up with about 10 vegetarian ones and 20 meat filled ones. 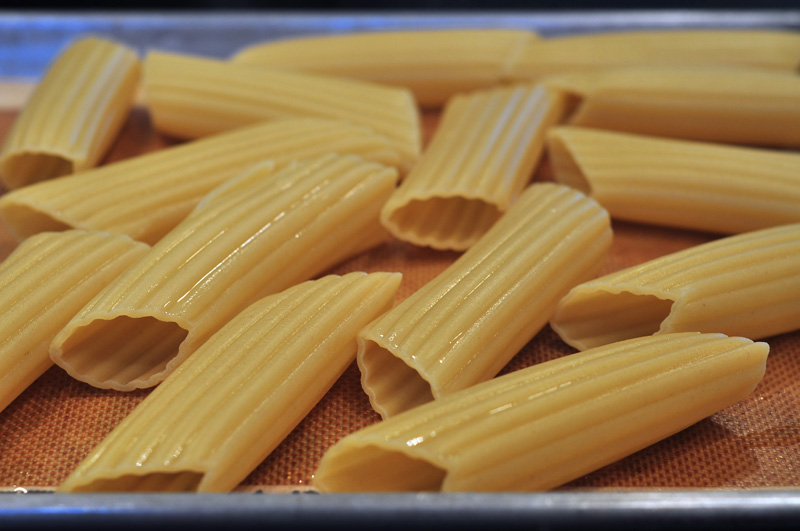 Cook the pasta tubes for 3 minutes less than the package says and let them cool on a nonstick liner or parchment paper before you stuff them. 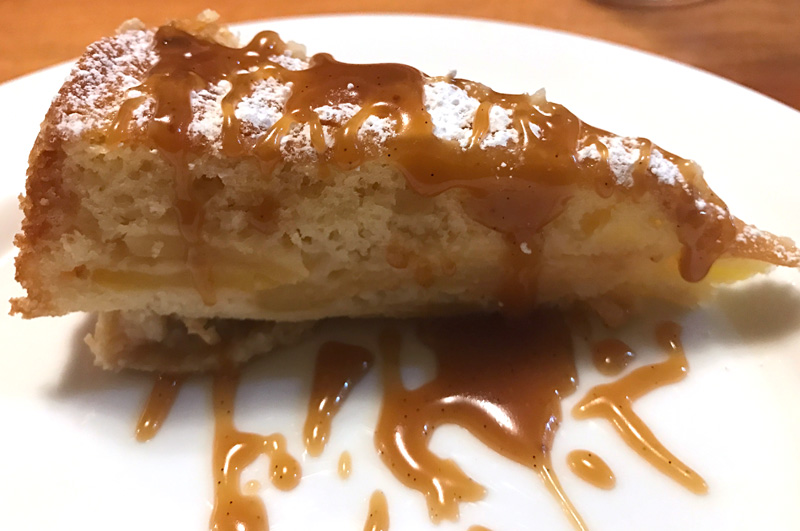 Our dessert even had bison in it – a rustic apple cake with caramel sauce that used bison stock as a base. Believe it or not, it was delicious!