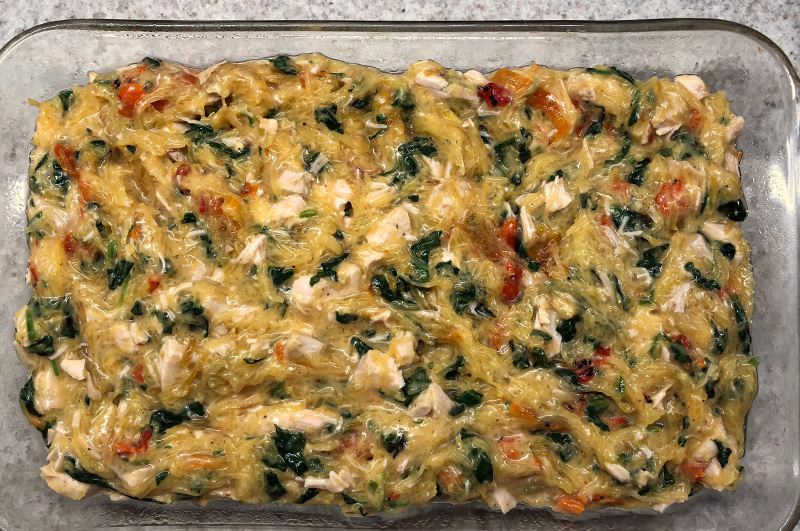 One of my New Year’s Resolutions was to eat less meat, more vegetables. Sometimes I eat entirely vegetarian meals towards that goal, but sometimes I just amp up the ratio of vegetables to meat such as in this rich and savory casserole. I tossed together cooked spaghetti squash (which I hate on its own), with roasted poblano chile peppers, some cooked chopped spinach, and a small amount of diced, cooked chicken with a velouté sauce (one of the five “mother sauces” – basically thickened chicken broth) which is lighter than a cream sauce. 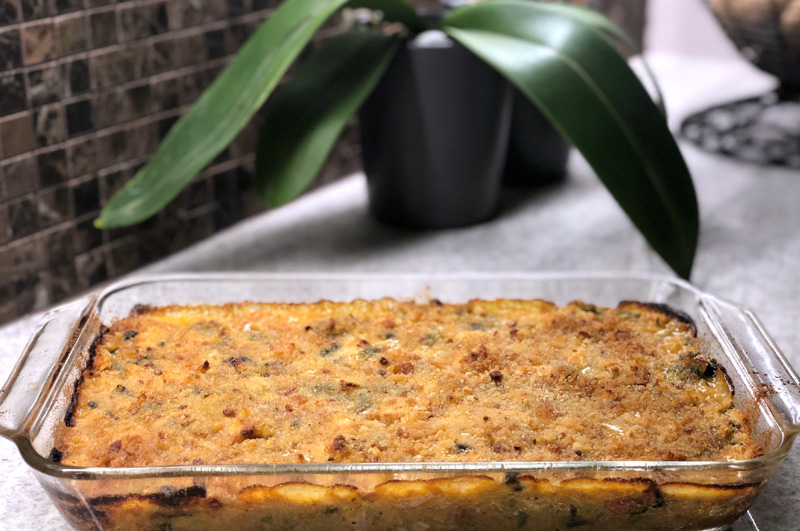 I topped the casserole with some garlicky bread crumbs and drizzled it with EVOO, but you can skip the breadcrumbs for a gluten free version (remember to use something other than flour to thicken your velouté in this case). You could also mix in some cheese or sprinkle cheese on top if you want. I’m not giving a specific recipe here because this is one of those use-up-what-you-have-on-hand recipes and ratios don’t matter that much!