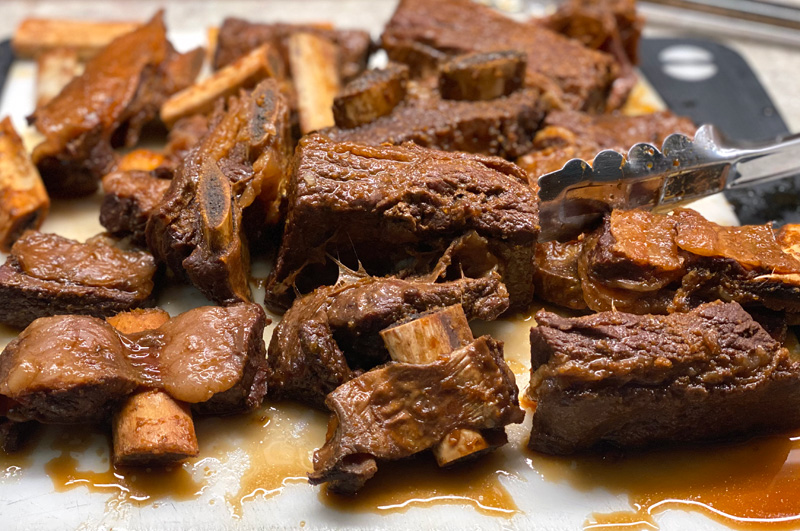 Roy Choi made Korean BBQ famous when he launched his Korean-Mexican taco truck called Kogi in LA. He is considered one of the founders of the food truck movement, and was the first food truck chef to be named a Best New Chef by Food & Wine magazine. I’m always looking for new ways to cook staples – like short ribs – and when I found his recipe for a Braised Short-Rib Stew that touted Korean BBQ flavors, I was intrigued. I adapted his recipe to make just short ribs without the addition of starchy vegetables he includes to make a stew, then used the cooking juices to make a Mushroom and Bok Choy Fried Rice to go with them (that recipe will post next). Short Ribs are best made the day before so that you can then refrigerate them to firm up the fat which can be removed in one thick layer the next day.