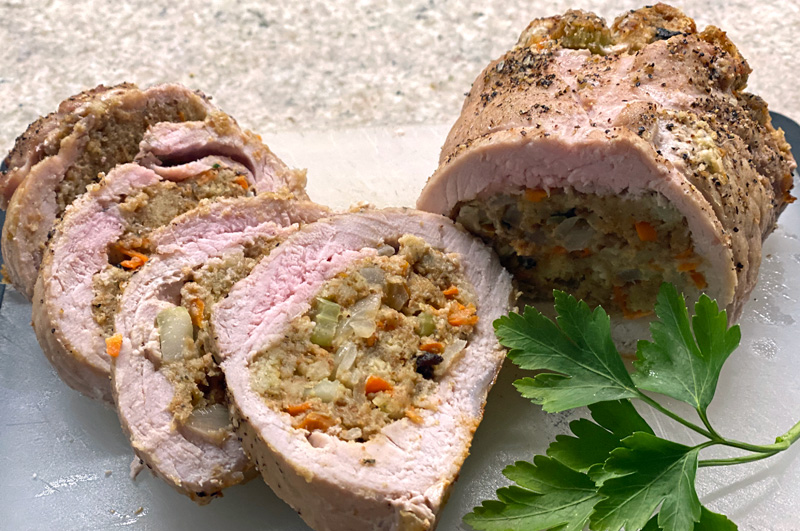 I love pork. I love stuffing. But what I don’t love is the technique to cut a pocket into a pork chop and try to stuff it that way. It inevitably ends up popping open for me, the stuffing leaking out, and the thickness of meat is uneven. That’s why I came up with what I consider to be a far better technique.

Take a thick boneless pork chop and use the flat side of a meat mallet (also called meat tenderizer) to gently pound it out into a piece that’s about 1/3 inch thick. (I used a very big double chop which was more than enough for two servings – this makes it easier than using a small chop that will be hard to stuff.)

Prepare your 1 cup of your favorite stuffing for each pork chop, lay it down the center of the pork chop, and then roll it like a roast. Secure with kitchen twine, drizzle with olive oil, season with salt and pepper, and cook until the meat reaches about 140, which for me took about 30 minutes. Be sure to rest the meat before slicing it to serve.