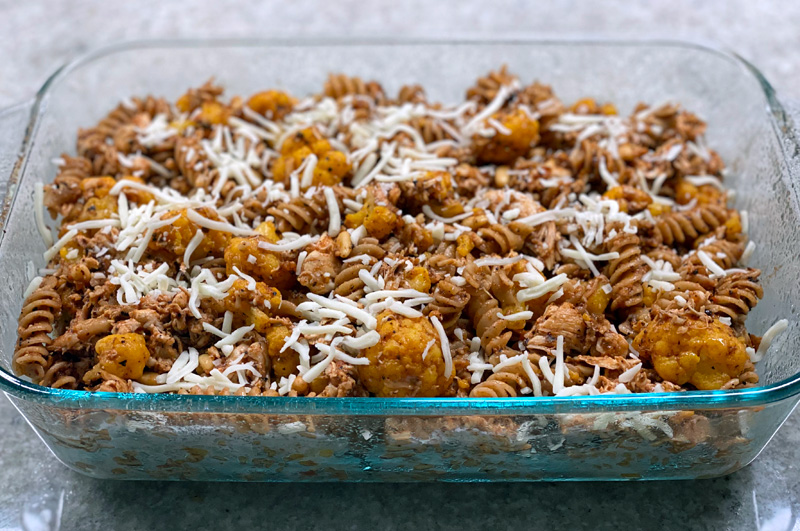 This is one of those dishes that tastes much better than it photographs. I was originally trying to come up with ideas for cauliflower when I decided to incorporate it into a pasta dish. The smokiness of the romesco sauce really provides an interesting flavor in this dish. I was trying to limit the cheese because I made this right after the holidays, but it would be better with a nice thick layer of mozzarella on the top. You can certainly make this vegetarian by omitting the chicken, and gluten free by using a gluten free pasta.