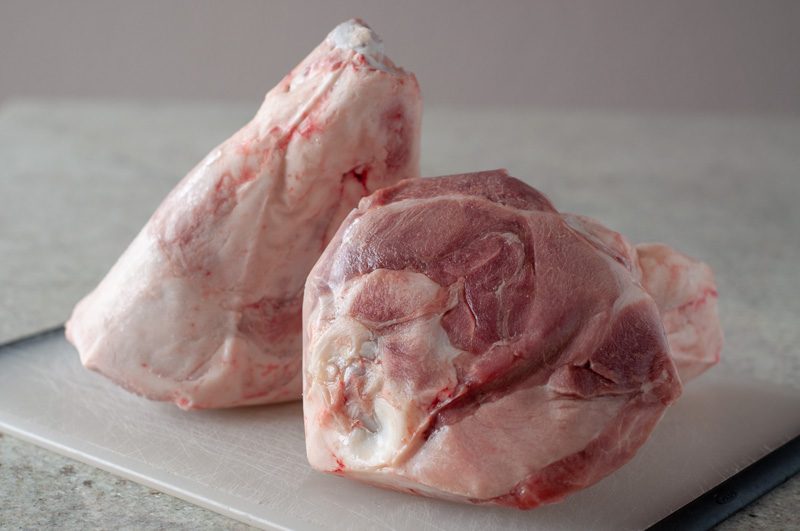 Pork hocks are probably not something you’ll see regularly. But if you start buying meat directly from local farmers and ranchers like I do (doing your part to keep your local farm community thriving while doing yourself a favor by knowing exactly where your meat comes from and how it’s raised), you’ll likely have a chance to try all sorts of cuts and parts and what Anthony Bourdain lovingly referred to as “The Nasty Bits”. Not sure what that means? Bourdain defined the nasty bits as “Collected Varietal Cuts, Usable Trim, Scraps, and Bones”. I like to think of these things not as nasty, but as unusual, and I love challenge of finding a way to do something with what I’m given. 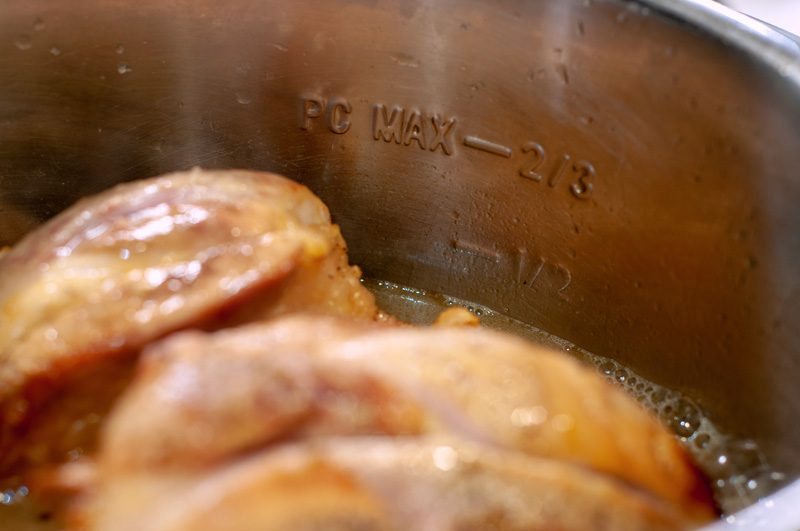 Lamb/bison/beef bones. A large piece of pork skin. Bison tongue. Livers. A pig head. And recently, pork hocks. You may have heard of ham hocks (pork hocks that have been cured) as they are often used in dishes like split pea soup. The hock itself is the lower piece of the leg below the joint and above the foot of the pig. It’s similar to a shank, but with more bone and less meat I think. And plenty of connective tissue making them impossible to simply roast or grill. You’ll often find shanks cross cut and used for classic dishes like Osso Buco. But mine were frozen as whole hocks, so cross cutting wasn’t an option. So what to do with two relatively good sized pork hocks? What I seem hooked on doing with any sort of tough cut of meat these days: pressure cook them in the Instant Pot. 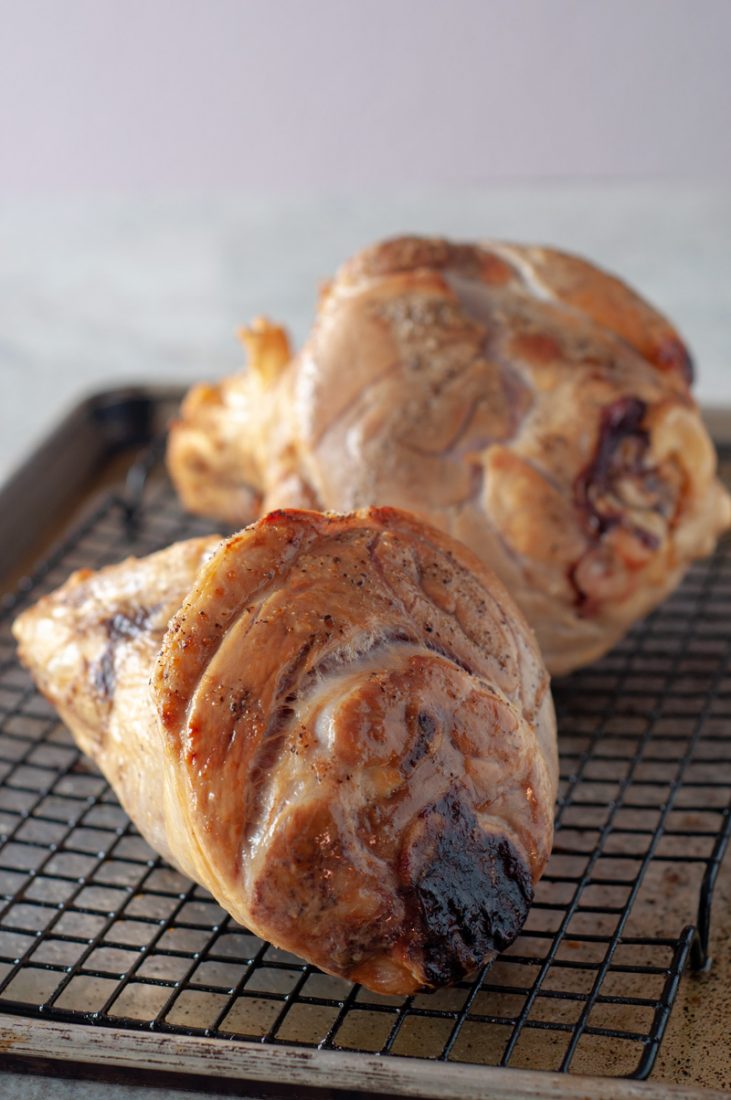 I took an additional step with these large hocks by first roasting them in the oven for half and hour to brown them, thinking that might add some depth of flavor. But honestly, this makes a mess of your oven with grease flying everywhere. (The only reason I didn’t care is I knew I was going to clean my oven immediately afterwards.) So feel free to skip this step and go right to the Instant Pot directions. 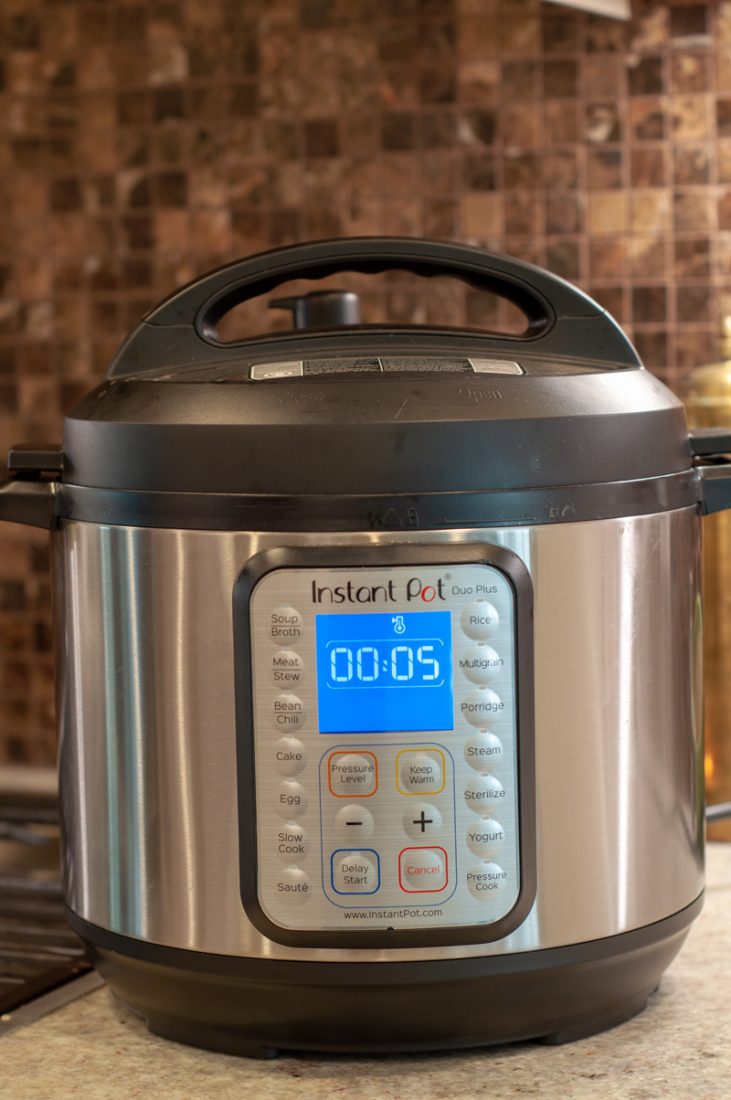 You might need to play with the Instant Pot timing I’m suggesting here. I’ve read cooking whole roasts frozen like I did affects the time for the Instant Pot to heat up, but does not affect cooking time. Oh, and I flooded my kitchen in the middle of cooking these, had to shut off all the power so I wouldn’t electrocute myself while I cleaned up, and then restarted the Instant Pot for a second round of pressure cooking, guessing how much time was left. Honestly, I’m my own worst enemy sometimes! 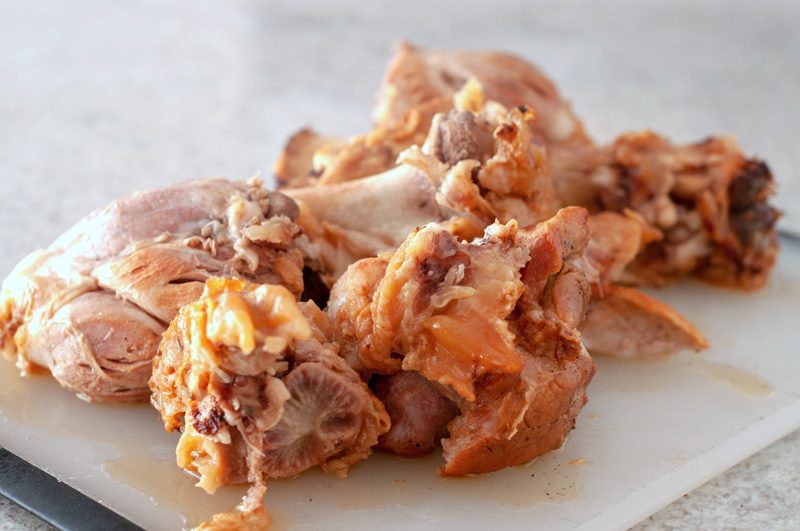 That’s a long winded way of telling you the timing is flexible. I think when you are doing large cuts of meat in an Instant Pot, a little more time under pressure is better than not enough. I let the pressure release naturally for 15 minutes, and then I fully released it manually, to discover meat that was falling from the bone, and swimming in deliciousness. Eat it with some mashed potatoes and make some gravy from the stock (that’s what I did), or use the meat in tacos, salads, soups, stir fries, ramen bowls, or literally anything else you’d like to add a little meat to. 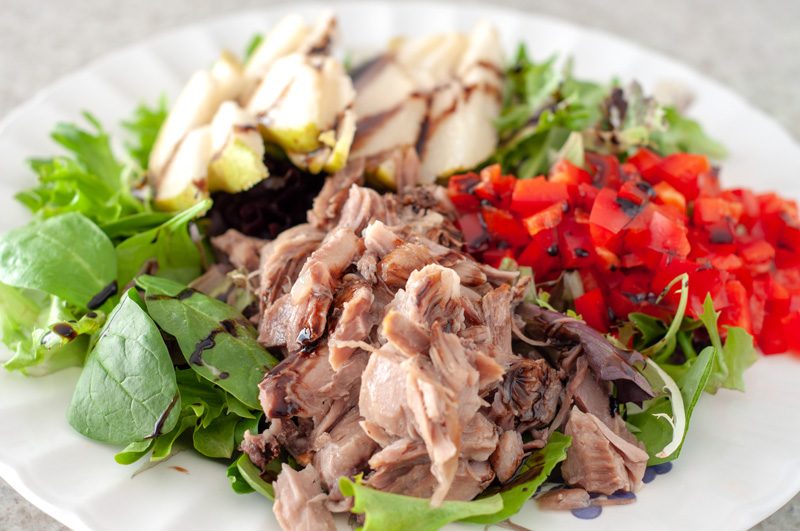