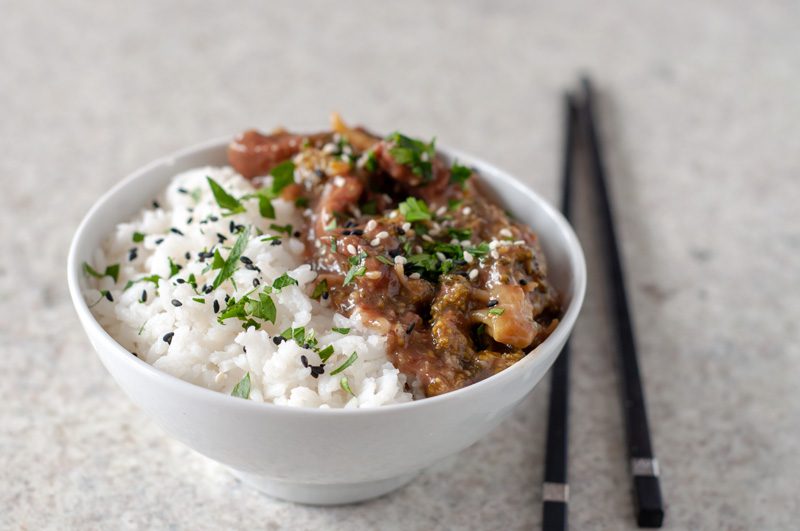 If you’ve been reading along, you know I’ve fallen in love with the pressure cooker feature of my Instant Pot. I’ve cooked dried beans in less than 30 minutes, and done a variety of roasts including a lamb mole. But I hadn’t really ventured past that setting yet – until now. 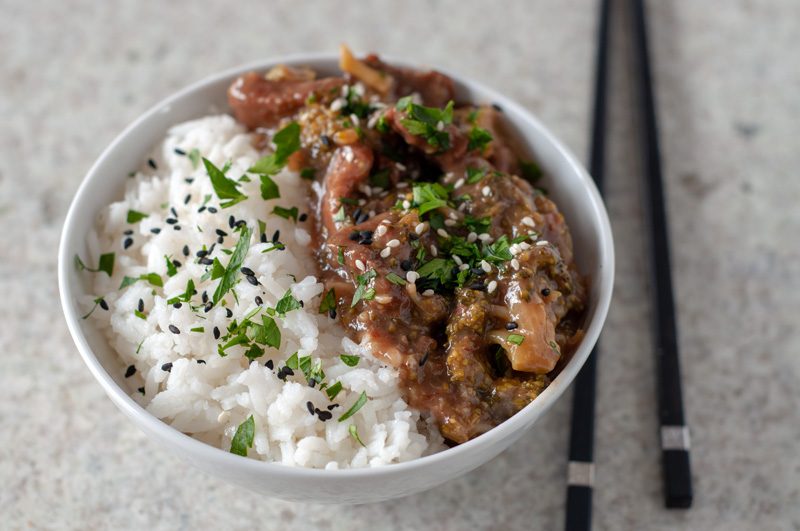 I had some stew meat that I wanted to use for a stir fry. In general if you slice tough cuts of meat like that very thin, they are not too tough to eat, but I wondered about cooking it under pressure instead of stir frying it to see if I’d prefer the texture. Well yes I do, because it turns out very nice and tender. 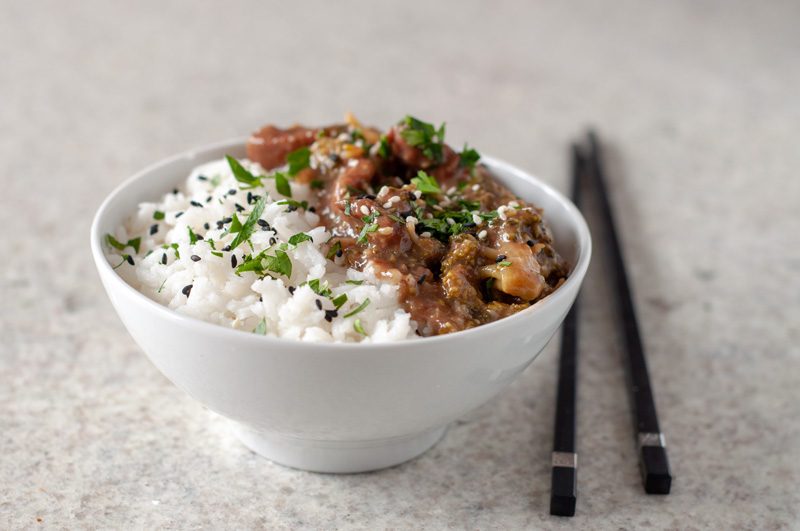 But part of the beauty of the Instant Pot for me is the one pot cooking vessel notion. All the recipes I found for this type of dish had you cook the broccoli separately and then combine the two – that’s just extra dishes, so I created this two step technique for doing it all in the Instant Pot. In my pictures you see the broccoli looks very soft (almost like it melted into the sauce), based on the timing I selected, so I’ve given you three options to use instead. And don’t be concerned about that much garlic – it sweetens during the cooking process and really almost melts into the sauce, so not overpowering at all, I promise.