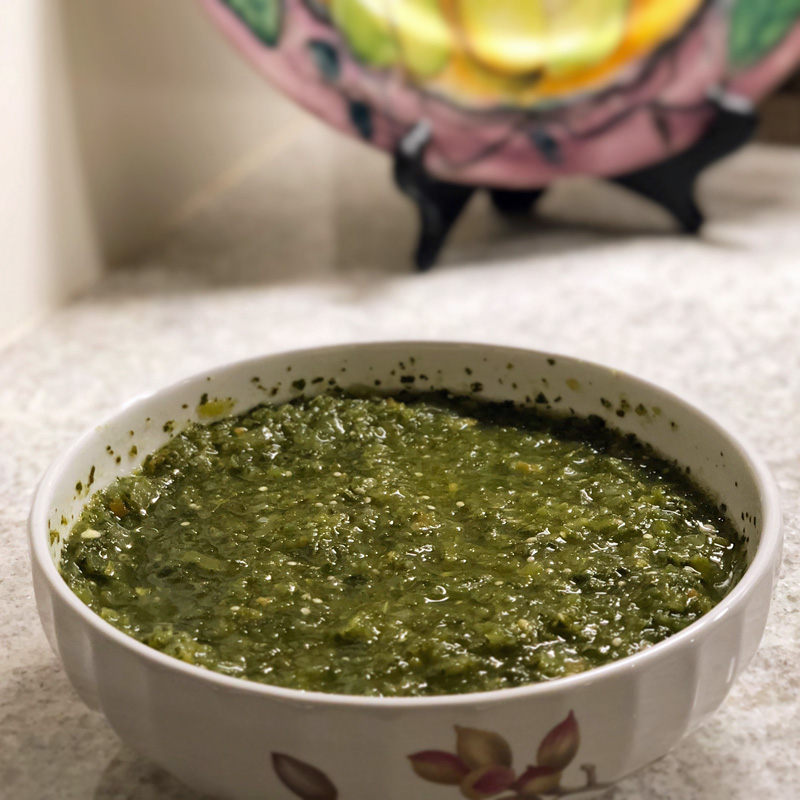 One bad thing about being a chef for a living is that other people often don’t want to cook for me. I’m not sure I can recall even one single time that someone cooked for me that I thought was bad food, yet people find it intimidating I guess. That’s part of the reason why I love this recipe so much: my sister’s boyfriend cared enough to make food for a family gathering even though he knew I’d have plenty of food on hand. His salsa verde was a hit from the first gathering, and now he never shows up without it. If you’ve only ever tasted salsa verde from a can, then you are in for a treat. Paul does all of the chopping by hand, but I’ve adapted his recipe to make use of a food processor. If you won’t have one, simply chop everything finely by hand or pulse in a blender in batches. The recipe makes a large quantity of salsa – but that never seems to be a problem as we gobble it up. Paul says it stores for a week or two in the refrigerator, and next time I have some I’m going to try freezing it just to see what happens. Thanks for sharing Paul! 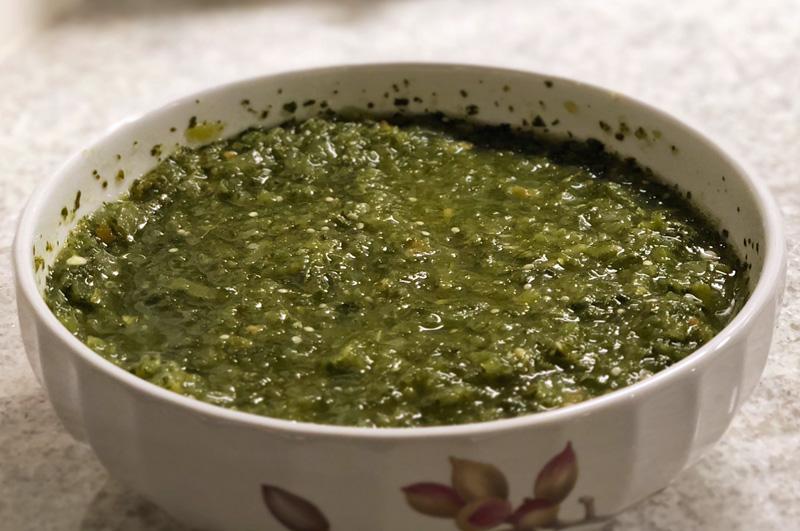