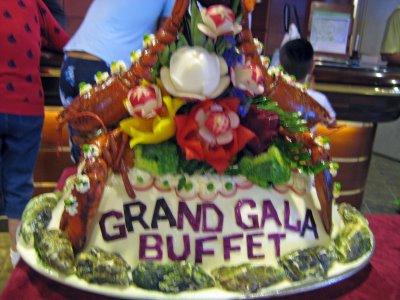 A few days of touring can wear you out, so we slept in on this day at sea until nearly noon, then did a nice long walk around the promenade deck, which was gorgeous thanks to the continued sun and uncharacteristically warm temperatures. 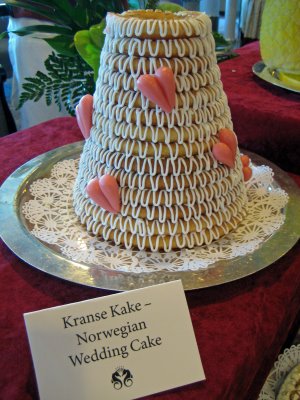 After a walk, we dropped in on the gala buffet just to get a look at it, but I had stomach overload from too many days of eating well, and had only a large salad with some diced chicken on it. 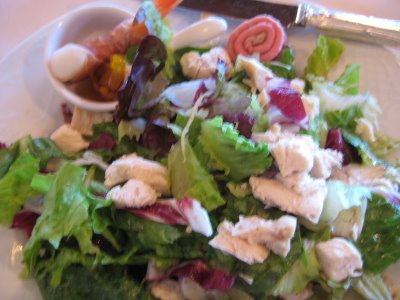 I did manage to nibble on a few delicacies from the buffet:
deviled egg with caviar

After lunch I had some cookies & ice cream by the pool then actually fell asleep for another hour! 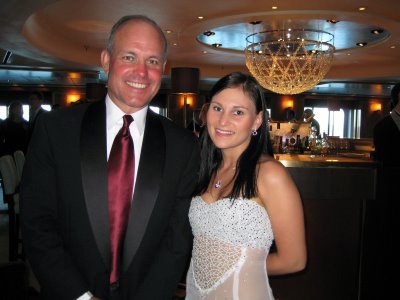 There was another cocktail party where Greg was thrilled to have his photo taken with the young woman in the on-shop dance duo, then we joined everyone in the dining room for dinner: 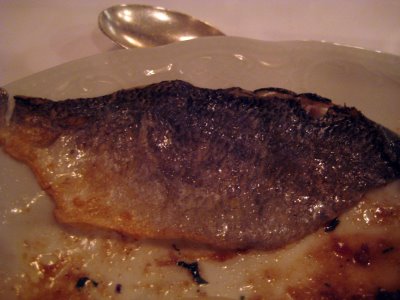