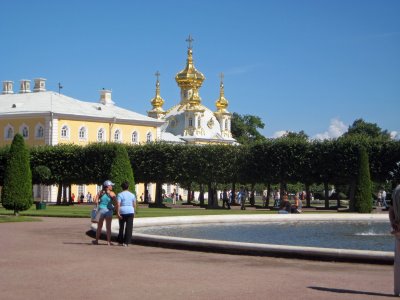 Russian tourist rules require that everyone either stay with an organized tour or acquire your own visa which can be difficult and expensive, so we decided to sleep in after our long day in Moscow, and join a Crystal tour to the Peterhof palace. The palace was conceived by Peter the Great after he defeated the Swedes in 1709 and was influenced by his visit to Versailles in 1717. 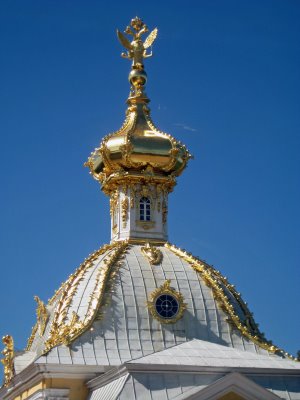 The palace contains gilded ornamentation throughout the interior and exterior, 64 fountains, 142 water jets, and one gorgeous room after another. It was expanded by Tsarina Elizabeth, who had her husband killed by her lover and assumed the throne. 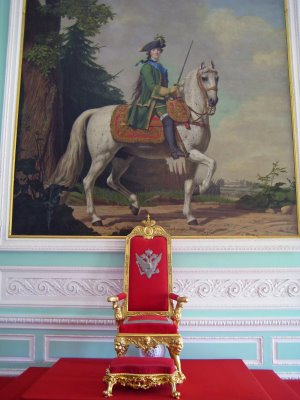 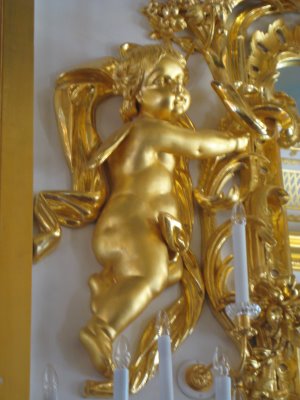 Outside, the upper park as you enter looks very much like Versailles with its symmetrical gardens, but the lower park grounds are really prettier and follow the Grand Cascade from the palace along the Marine Canal and out to the sea. 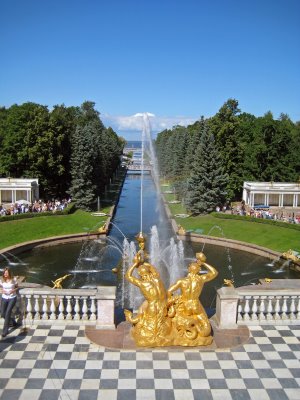 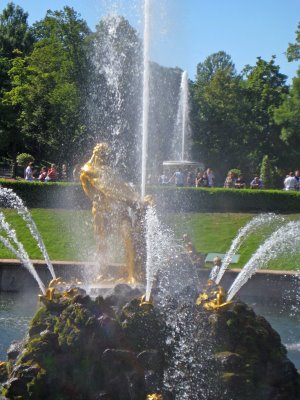 We took the hydrofoil back to St. Petersburg, which is more pleasant than fighting the city traffic. The water in the Gulf of Finland is almost fresh water, so the many springs in the area of Peterhof are used to feed the fountains which operate entirely from gravity without any pumps. During WWII the Nazis found and occupied Peterhof and nearly destroyed it, but the Russians were smart enough to remove all of the valuables to Siberia before the Germans got there and to bury all of the gilded statues, which the Nazis never found. Although it was tedious, they insisted on rebuilding Peterhof to its original grandeur. 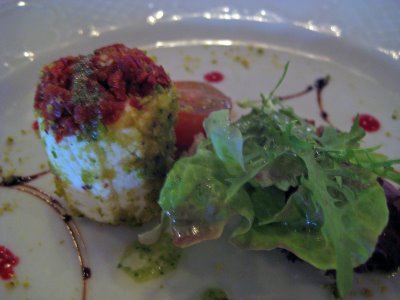 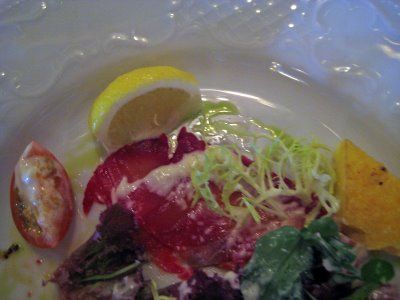 followed by salmon carpaccio that had been cured in Aquavit and beet juice, then had the mixed greens with pancetta and white beans. Our waiters Chris & Eduard (Eddie) took care of us every night with extra vegetables and a plate of cookies. 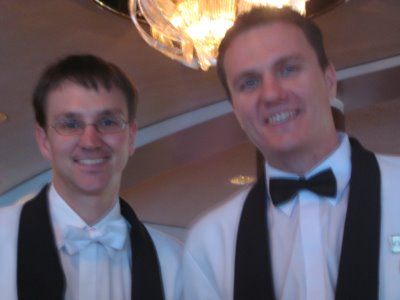 My entree was a swordfish steak with sauteed baby bok choy and I finished the meal with cinnamon ice cream. 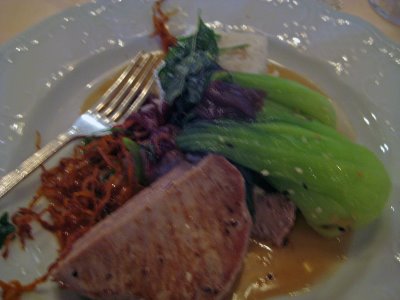 Believe it or not, this shot was taken at midnight – you can see that it’s still dusky outside and quite lovely. 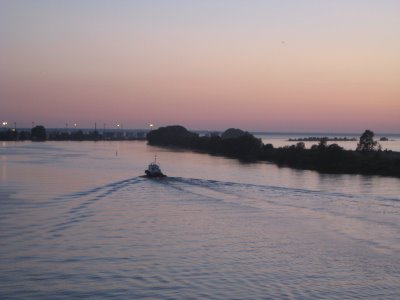