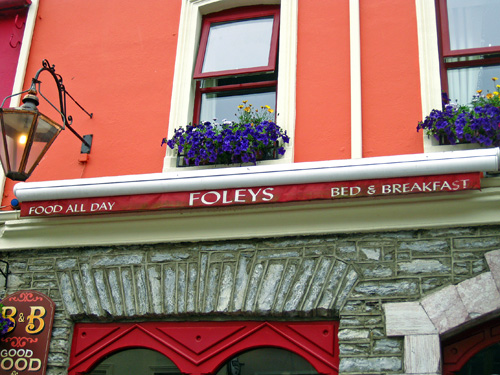 I guess I shouldn’t have been surprised to wake up to another overcast and rainy day in Ireland. I mean, I knew it was going to be like this before I came, and I brought layers of sweaters, a good coat, and an umbrella. But ever since the one refreshingly nice day that we went to Blarney, I’ve been hoping each day for a break in the rain. No such luck! We bid Noreen farewell this morning (she commented to me at checkout that they would all like to keep my dad there in Kinsale – he does have that gift o’ gab!) and departed from Kinsale to drive the coastal route to Kilarney in County Kerry. 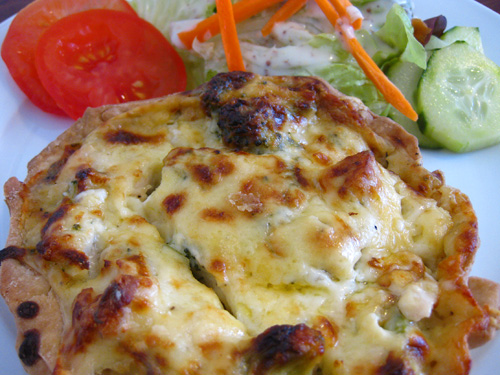 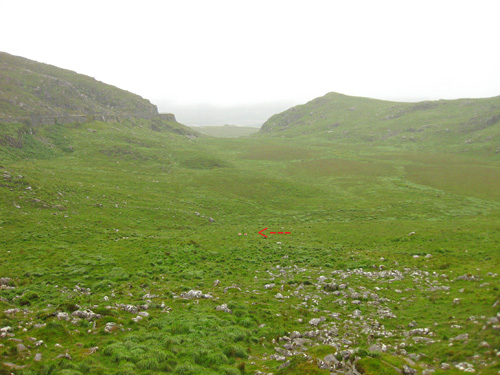 The first 45 minutes of our drive was on the R600 from Kinsale. The greenery on the sides of the road is taller than I am and rubs against the car as you drive and I had to focus all my efforts to keep the car between the very narrow lines. Then we connected with the N71 for the next 2 hours – it was marginally better (maybe 4 inches wider with occasional stretches where there was a 1 foot shoulder). But we were also winding back and forth crossing over inlets of water and then winding over small mountains. And the trip included a terrifying few minutes as we drove over Caha Pass through a pitch black tunnel that was about 8 feet wide where we scraped the sides of the rocks to get by the truck that was in the tunnel also. (Check out this guy’s video of that drive and then imagine it pouring rain and a large truck coming at you from the other end.)Â  In the sunshine the drive would have been breathtaking. In the rain it was still lovely, but nearly impossible for me to pull over to photograph. I finally did at the top of this pass near Moll’s Gap (between Kenmare and Kilarney on the N71). You maybe can’t appreciate how expansive this is without looking at the red arrow I drew in the middle pointing to two sheep. 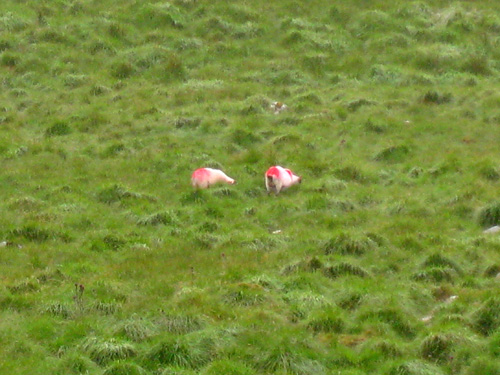 Here is the same shot taken with my 12X zoom of my camera and frankly the sheep are still far away – although you can see they have been sheared for the season and marked. This part of the drive looked, surprisingly, a bit like the scenery crossing the Continental Divide over Loveland Pass in Colorado – except that it’s much greener, with rain instead of snow, and is dotted with Wicklow Cheviot or Scotch Black sheep instead of the wild bighorn sheep you find in Colorado. 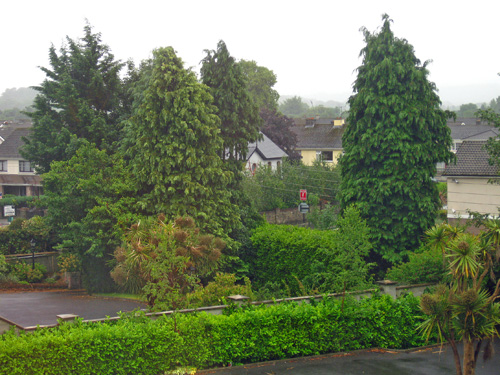 We arrived at the Earl’s Court Hotel in Kilarney in the mid afternoon and it was raining so hard I simply got my parents into their room to rest, discussed dinner options for tonight and tomorrow, and reviewed our options for tomorrow based on the forecast. If it’s still completely rainy we’ll skip the Ring of Kerry as it will be a bust in terms of what you can see. Instead, we’ll head out to the Dingle Peninsula as the road runs much closer to the water and will be more picturesque if it’s overcast. 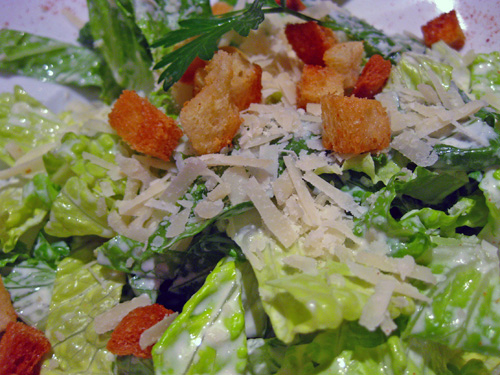 We decided on dinner at the old school (and pricey) seafood restaurant of Gaby’s in Kilarney. This Caesar salad might be the first salad I’ve had on the trip that wasn’t just served with whatever dressing they determined fit the bill. 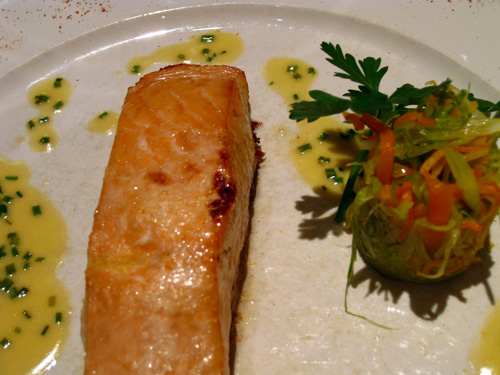 I followed that with a simple Atlantic salmon over a lemon butter sauce (note, they only drizzle a little sauce on the plate which is all you need for flavor). 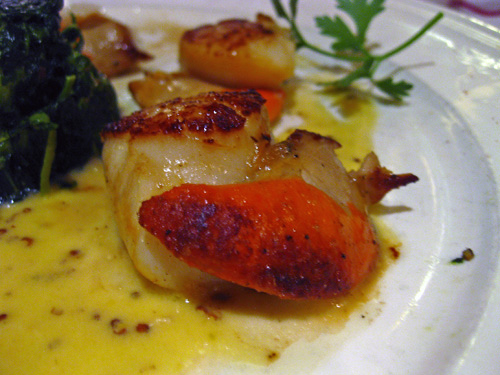 My mom opted for the scallops and for the second time on this trip I noted that they serve them in Ireland with the “coral” (the roe) attached to the “scallop” (the adductor muscle), where in the US I’ve never seen scallops served with the coral attached. 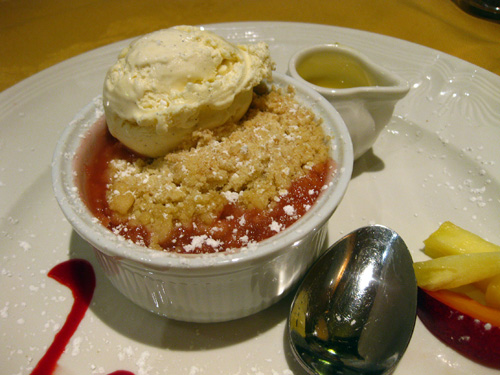 I was on the fixed price three course menu tonight so had to follow through with dessert (really my first after dinner treat of the trip) and I immediately selected the rhubarb crisp with vanilla ice cream. I’m going to need a serious change of diet when I return, despite the commitment to fish!

PSÂ Â  Do you see the palm trees in the photo above? I am quite surprised to see many of them around the southern coast of Ireland. Not that it’s warm, mind you – I think it’s just that it doesn’t really snow and it’s plenty moist!