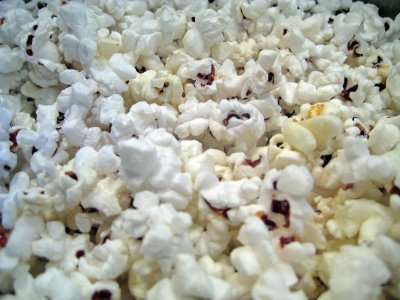 When I joined my CSA farm last year I was surprised to start getting popcorn during the winter harvest. Initially, I had no idea what to do with it. I had long ago given up my old air popper from college days in favor of the prepackaged bags of popcorn already loaded with fat and salt. In fact, I was so certain I didn’t want to deal with it that last year I gave away all of the popcorn I received.

This year I took a new approach. First of all, this is a local food and that appeals to me. Second, it’s gloriously free of all of the excess packaging which is a good thing as Martha would say. Third, I’m a cook for goodness sakes – how hard can it be to pop corn on the stove?! Turns out, not hard at all. 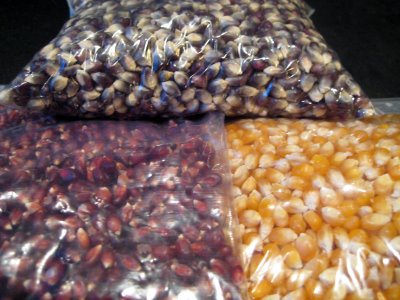 The farm provides a bunch of different types of popcorn – if I had been paying attention I would be able to tell you what they are, but I just call them black, red and yellow. 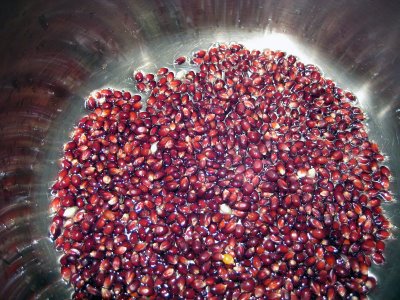 Put a small amount of vegetable oil in the bottom of a large pot and add about a half cup of popcorn. Cover and cook it over medium high, shaking frequently as you hear it pop, just until the kernels slow down and are almost through popping. Remove it from the heat, salt and eat. Isn’t that easy?! I’m going to experiment with other things to do with the popcorn from the farm, so check back for more popcorn recipes.