I’m working on a recipe column for a magazine for spring – it will feature spring recipes and since spinach is one of the first green crops to peek through the soil, I created this spring spinach pasta dish, inspired by the flavors of Spain…call it another one of my global improv ideas! 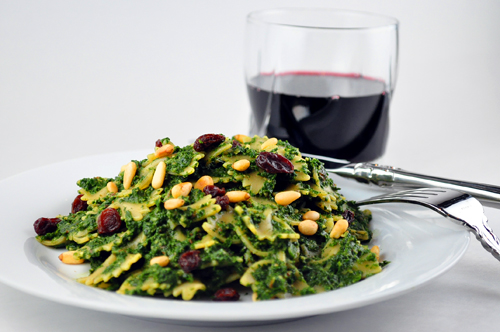 There is a cooking term called agrodolce in Italian, and it’s a classic sweet (dolce) and sour (agro) combination. In the Catalan part of Spain (around Barcelona) they serve a spinach dish that marries these same sweet and sour flavors. I’ve just translated that into a sort of pesto sauce for pasta. 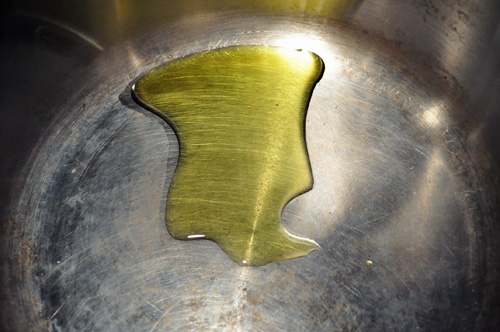 Start by heating some extra virgin olive oil over medium high heat, then add the raw spinach along with one finely minced clove of garlic. 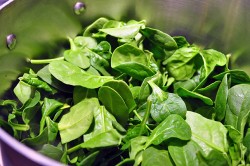 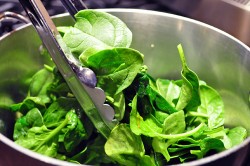 You’ll need to use a tall stock pot because it takes a large volume of raw spinach to cook down to the required amount for the sauce. As it’s beginning to cook, the easiest way to turn the spinach and get the raw stuff down to the bottom where it’s hot is to use tongs. 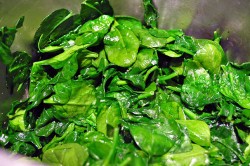 When it’s just about fully wilted, like this, pull it off the heat and transfer the wilted spinach to the food processor. 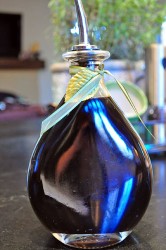 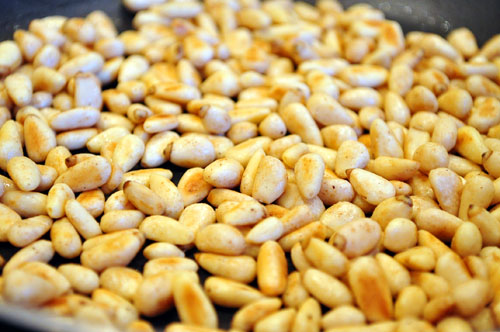 …along with toasted pine nuts. This is batch number two for today – I always turn away and burn the first batch! 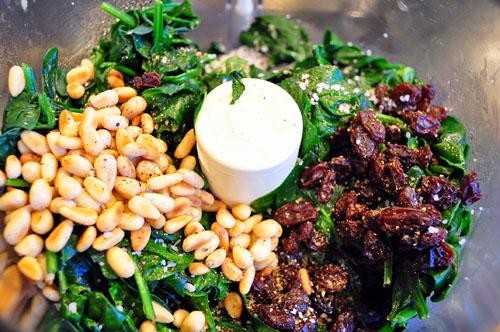 Add the balsamic, raisins and pine nuts to the food processor and pulse until fairly smooth. 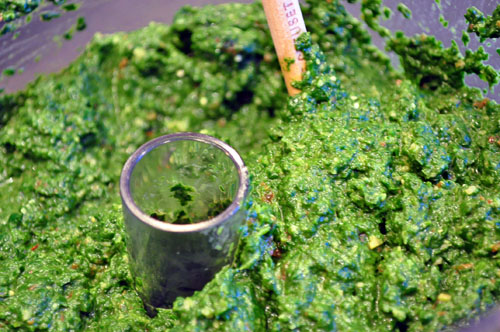 After using a rubber spatula to push down anything sticking to the sides, add salt and pepper and drizzle in some olive oil with the blade running. 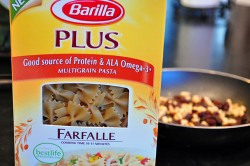 The sauce gets tossed with some cooked pasta – I like the Barilla Plus pasta (NOT a paid endorsement!) because it’s similar in consistency to white pasta with a bit more fiber and nutrition – and then topped with extra raisins and pine nuts. 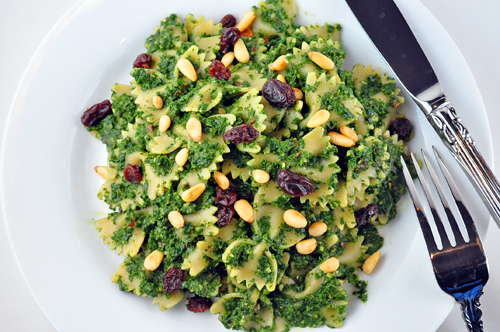 You need to like spinach to like this dish – while the sauce is cooked and sweetened a bit from the raisins, it’s still predominantly a spinach based sauce. Spinach happens to be my favorite vegetable, so guess what I’m having for dinner? I’ll pair this with a piece of salmon seared with agave and a nice big salad.

Heat oil in a large pot over medium high heat. Add garlic and spinach and cook just until spinach begins to wilt. Remove from heat and transfer spinach to a food processor. Add vinegar, half of the raisins, half of the pine nuts and pulse to make a spinach sauce, adding olive oil to achieve desired consistency. Salt and pepper to taste. Add sauce to cooked pasta in the same pot and cook for 1 minute for flavors to meld, and then toss with remaining raisins and pine nuts to serve.