Sunday arrived quickly, the day we were to transfer to Lecce for the actual cooking school. My friend Susan believes on the day you are departing somewhere, you should always plan to leave first thing, as people tend to be ready to go at that point. 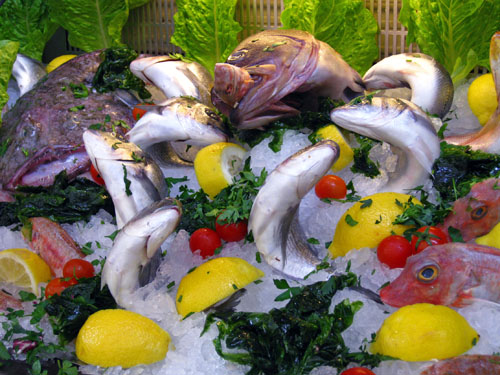 Unfortunately, the only direct train is in the early afternoon, so we filled the morning hours with packing up, one last caffe macchiato, another trip through the Piazza Navona for those who missed it… 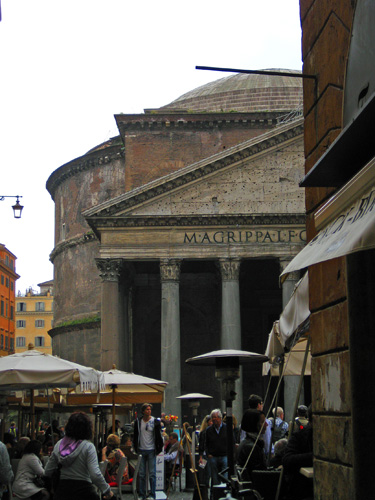 …and a scattered approach to gathering pizza, panini, and drinks to eat before and take on the train. 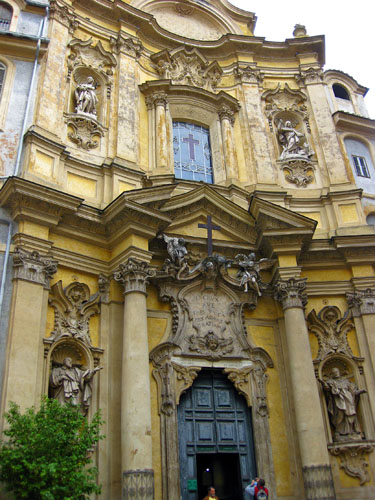 Getting to Termini was a breeze, I was able to stamp our ticket with no problem, and our train departed without a hitch. Hereâ€™s the one part I try to under emphasize when I take friends to Lecce for cooking school – there is no easy way, really, to get there. In theory, we booked first class train tickets (only nominally more expensive than coach but infinitely more spacious and comfortable. Well, the best laid plans, as they say. As the conductor came around to punch our ticket, he informed us there had been an accident on the tracks and that we would exit the train in Benevento, transfer by bus to Foggia, and then board another train to Lecce from there. He explained his all matter of factly, like â€œnon problemaâ€, but we were annoyed, as you might guess. 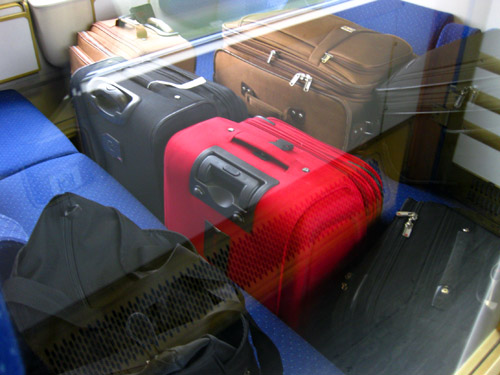 Turns out the actual logistics were incredibly organized (especially for Italian standards) and we only spent a few minutes at each transfer. The real problems were that this set our trip back by over an hour when we were already arriving late and the train from Foggia to Lecce had no first class seats. The hassle, at least for me (I wonâ€™t speak for the full group), melted away as soon as I saw Silvestro and Antonio outside the station, waiting to take us to Palazzo Rollo to check in. 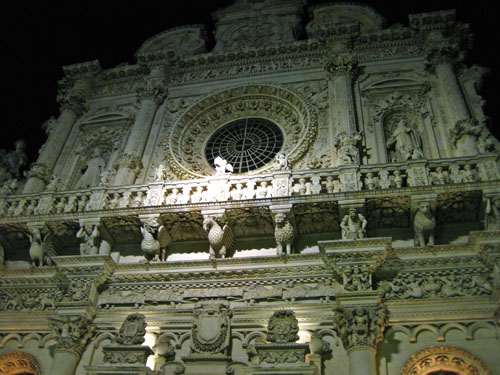 And I relaxed another two notches as we made our way past the incredibly gorgeous cathedral, lit up at night, accentuating the intricately carved pieces of the famous Leccese stone, on our way to dinner. 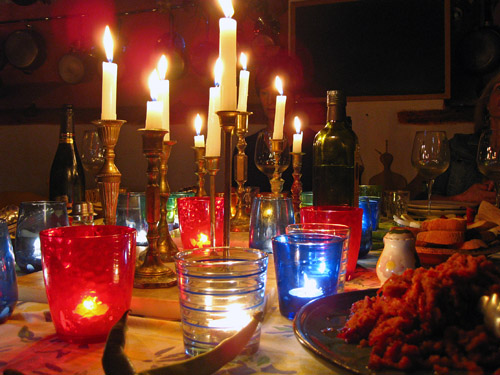 I think perhaps everyone else finally relaxed upon entering the over the top charming kitchen of The Awaiting Table, where they were literally awaiting our arrival. The candlelit dinner upon arrival is meant to present all the dishes we will be cooking for the week, and as such, is quite a feast. 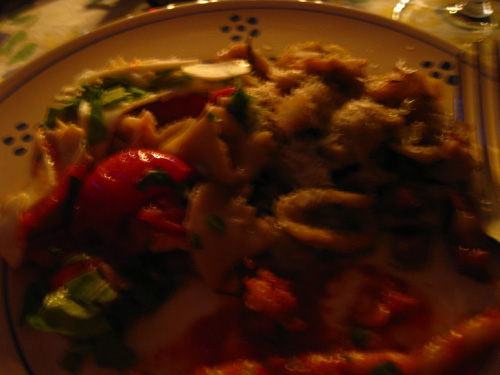 I didnâ€™t photograph the dishes because youâ€™ll see them later in the week as we make them and because, frankly, anything photographed under this level of candlelit ambiance just looks like a jumble, like this. But stay tuned, Iâ€™ll share the photos and the recipes throughout the week. Tomorrow, off to the market for our first experience there, then on to cooking, eating, vino, siesta, cooking, eating, vino, siestaâ€¦you get the idea, right? 🙂