We awoke to a gloriously clear sky the second morning on the train just in time to see the remains of the Rocky Mountains as we headed through Salt Lake City. The bummer about the storm is that between the snow, the fog, and the delays, we missed virtually all of the scenic first part of this trip traveling through the Rocky Mountains. 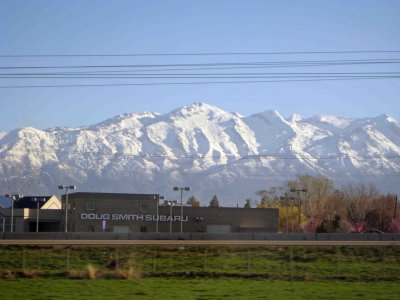 We hopped off the train for a few minutes to stretch our legs and I snapped this photo for some odd reason – must have been a premonition on my part as you’ll soon see. 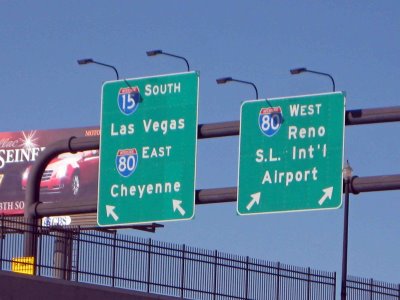 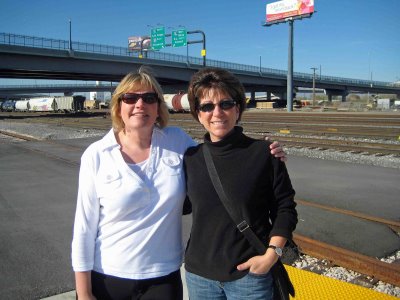 Back on the train, as it headed out, we got a few more vistas of the mountains set against the blue sky… 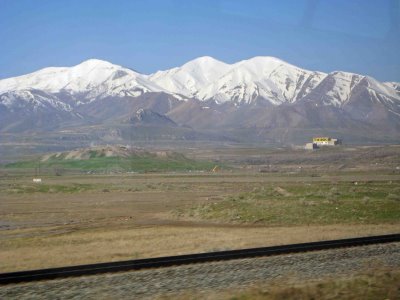 …before heading into the dining car for breakfast. When you’re captive on a train for this long, the time in the dining car seems like a really special event, even if you’re not eating anything special. It’s just something to do to kill an hour. 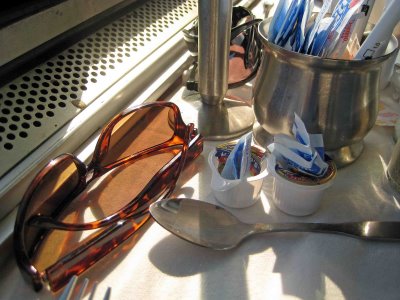 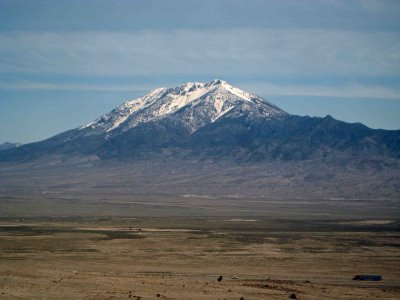 When we left the Salt Lake City area, the scenery dwindled down to just about nothing. We spent the entire day looking at dry desert landscapes whirl by – this one little spot with a little water was the most interesting thing we saw for the entire day. 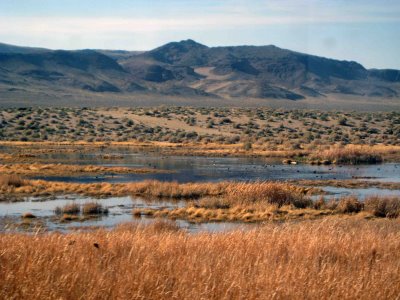 One thing I learned about train travel is that once you’re off schedule, you are at the mercy of all of the other trains on the tracks. That meant we had to frequently stop to allow other trains to pass us, then continue on. By late in the afternoon it was becoming clear that we wouldn’t get to San Francisco until really late – like 3 in the morning. As the conductor came around trying to help people make arrangements due to the delays, they announced that we could no longer use the toilets in our car (I’m guessing that meant they were full – gross…) and that there would be no more food service after a 4pm dinner which we didn’t want to eat as we had just eaten lunch at 2pm. Those two things put us over the top – we quickly packed our bags and opened a bottle of wine to celebrate our plans to get off the train in Reno. 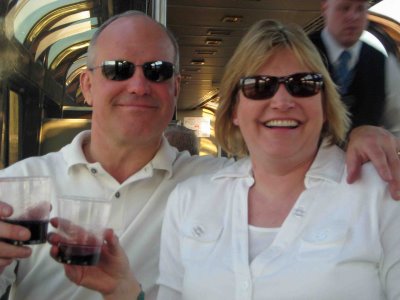 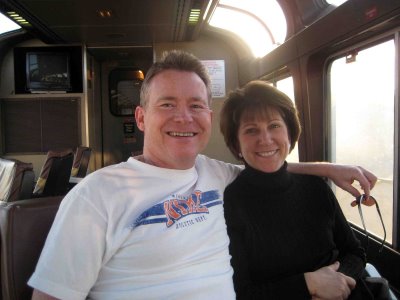 …and probably the rest of us as well. When we pulled into the Reno train station he almost ran across the street to the Harrah’s casino where we checked in, thrilled to see real beds. 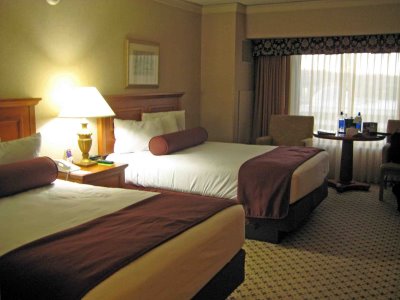 I never thought I’d be so happy about being in Reno – we were all just about giddy, so happy to be finally off the train! 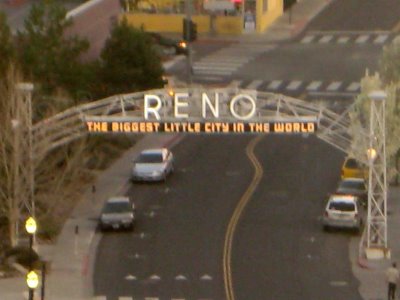 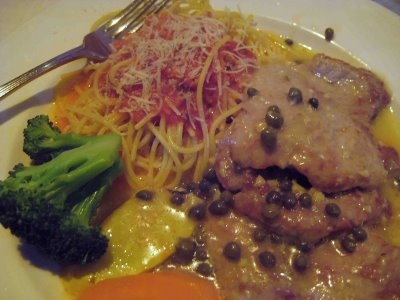 …and pasta carbonara with chicken for my friend, which we split. 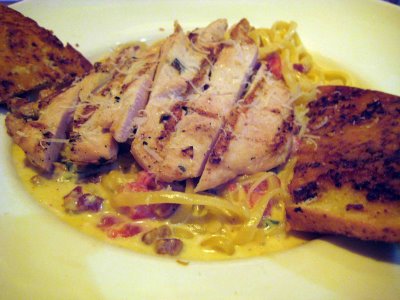 I can’t show you the pictures of the rest of the night (no photos allowed in the casino), but we had a blast! We played blackjack and craps – my husband didn’t really win anything, but I won $60 and our friends won $500 which would more than cover our rental car to get us the rest of the way to San Francisco.